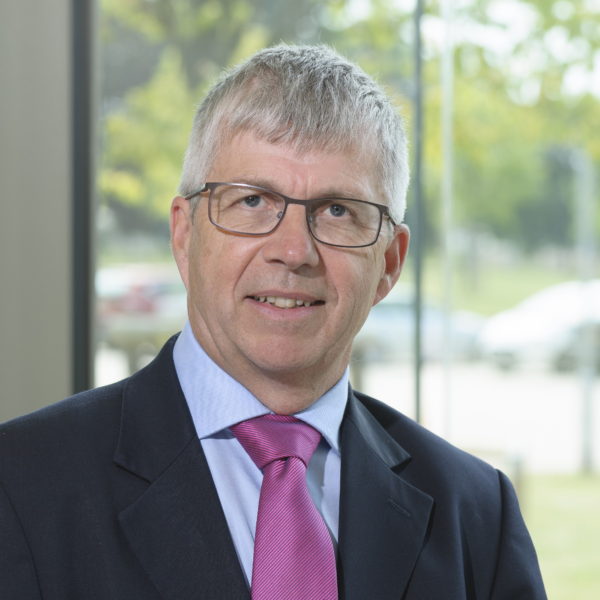 When Nigel finished at Truro School in 1974 with three good science A levels, he told us that he had absolutely no idea what he wanted to do. He recalls:

Alan Scales, my wonderful physics teacher, thought I should try for Cambridge. Which College should I apply to? I had never been to Cambridge, but my chemistry teacher Brian Edwards went to Downing College and he thought that as good as any.

Much to Nigel’s surprise, he passed the interview and embarked on a Natural Science course, as this seemed to him about as general an undergraduate course as he could find. The first year included a course on crystal structures, which he found very interesting, and this led to a degree in Metallurgy and Materials Science.

With still no idea what he wanted to do career wise, Nigel applied to a few companies and managed to get an interview with the Scientific Services Department of the Central Electricity Generating Board near Bristol. Nigel remembers the day well:

I drove my ageing mini from Cambridge, completely underestimating how long the journey would take, and arrived late, flustered and full of remorse. The mini was also feeling rather hot and bothered! Nevertheless, I must have had something they wanted, and much to my surprise, they offered me a job. I vowed then that I would always try to be on time for important meetings.

Although Nigel took some time out to study for a PhD in the Mechanical Engineering Department at Bristol University, his career has always been in the electricity industry, mainly in nuclear power generation, he says:

I have worked in power stations and research laboratories, and had the chance to work in the Department of Energy.  Over the years, I have moved away from the technical roles towards the world of policy and public affairs.

As the industry changed from a nationalised public service to a competitive marketplace Nigel became increasingly involved in business strategy. When the privatisation of the nuclear power stations become a possibility in the mid-1990s, the Chief Executive asked him to help him with navigating the corridors of Whitehall. This project involved both a wholesale restructuring of the companies involved – Nuclear Electric and Scottish Nuclear – and the launch of British Energy as a new publicly listed company.

Nigel told us that British Energy had its ups and downs and his life was never dull, and went on to say:

Foreign owners bought up UK energy companies and the city traders moved in; at one time, the new electricity market nearly collapsed, and the electricity price tumbled, almost forcing British Energy into administration. As the business recovered, there was fresh enthusiasm for nuclear power and I joined the business development team looking at how they could find partners to build some new power stations.

When the French company EDF bought British Energy, Nigel worked on the project team getting the permissions and agreements needed for Hinkley Point C, the first new UK nuclear power station for a generation. Nigel said:

I am proud of the fact that it is now under construction in Somerset, and will be one of the biggest construction projects in the world.

Looking back, my career path was entirely unpredictable, but the jobs I’ve had have always been interesting and I know that Truro School provided me with knowledge and confidence that have been invaluable throughout. I’ve learnt that if you do your best, look on the bright side and speak up when you have something worth saying, then others will always value your contribution.