Chapel comes alive with the sound of music 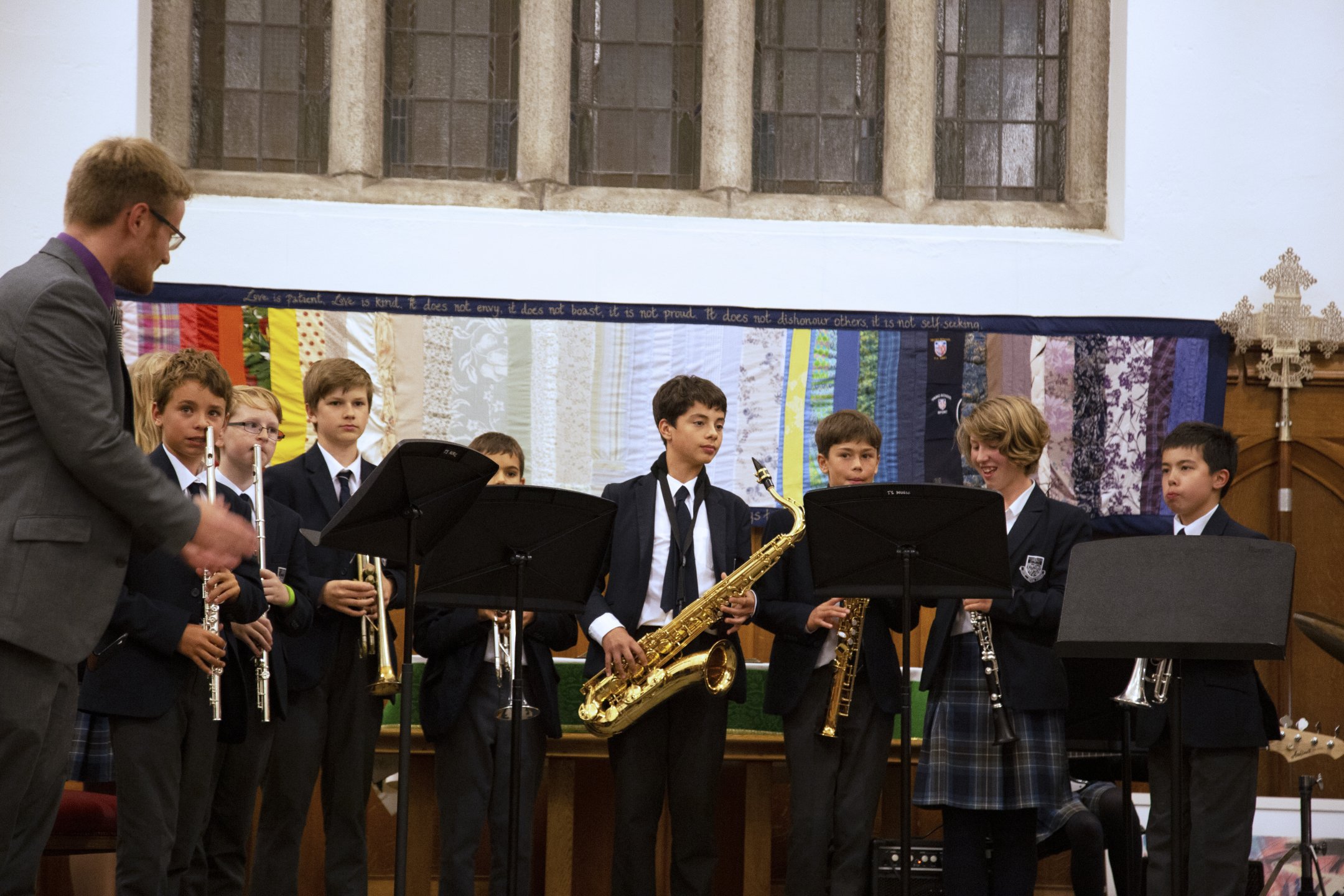 There is something about the anticipation of waiting for the music to start at a concert.

The audience sat patiently, light chitter chatter filled the air, and instruments could be heard tuning and practising, with everyone waiting to hear the full tunes.

The chapel quietened down as the evening was introduced, and the music promptly started.

The young musicians gathered on the stage and despite only a few practices since term began, confidently started playing La Bouree by Praetorius.

Impressive solo acts followed, each one bravely stood on the stage with their trusty instrument. As soon as the music started their nerves drifted away with the notes, confident in their ability to play a tune.

From singers to pianists to drummers and everything in-between, the talented individuals played everything from Chopin, to Vivaldi, to Gershwin. Alice H even performed a song she’d composed herself, called Ocean’s Way.

An hour flew by and the junior band finished a great night with the foot-tapping, Tequila! by Chuck Rio. 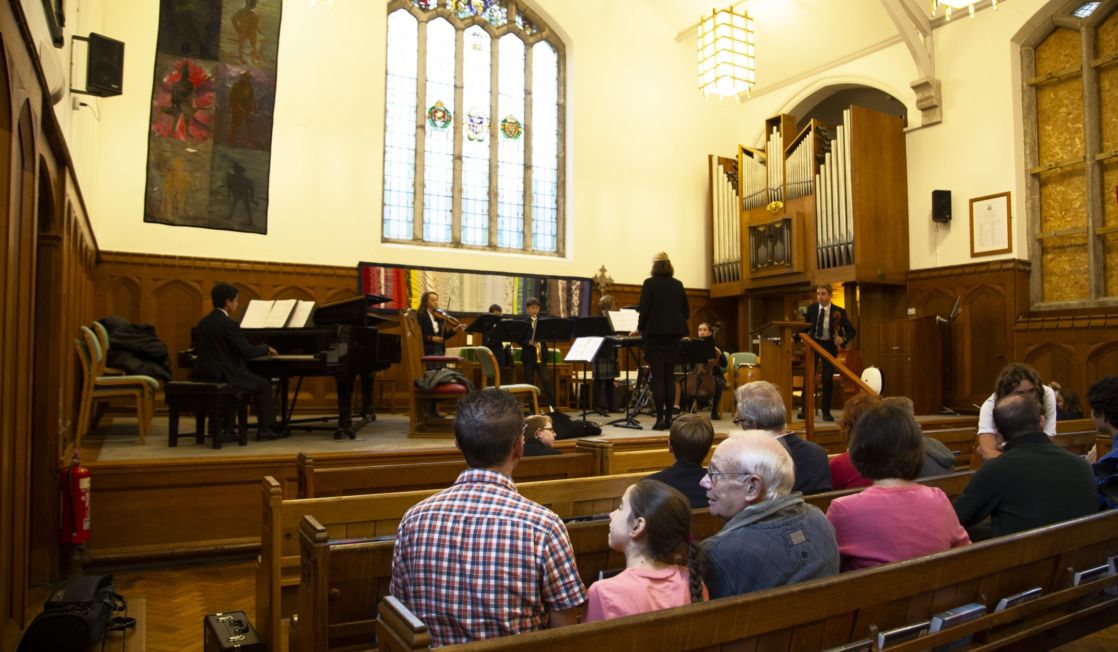 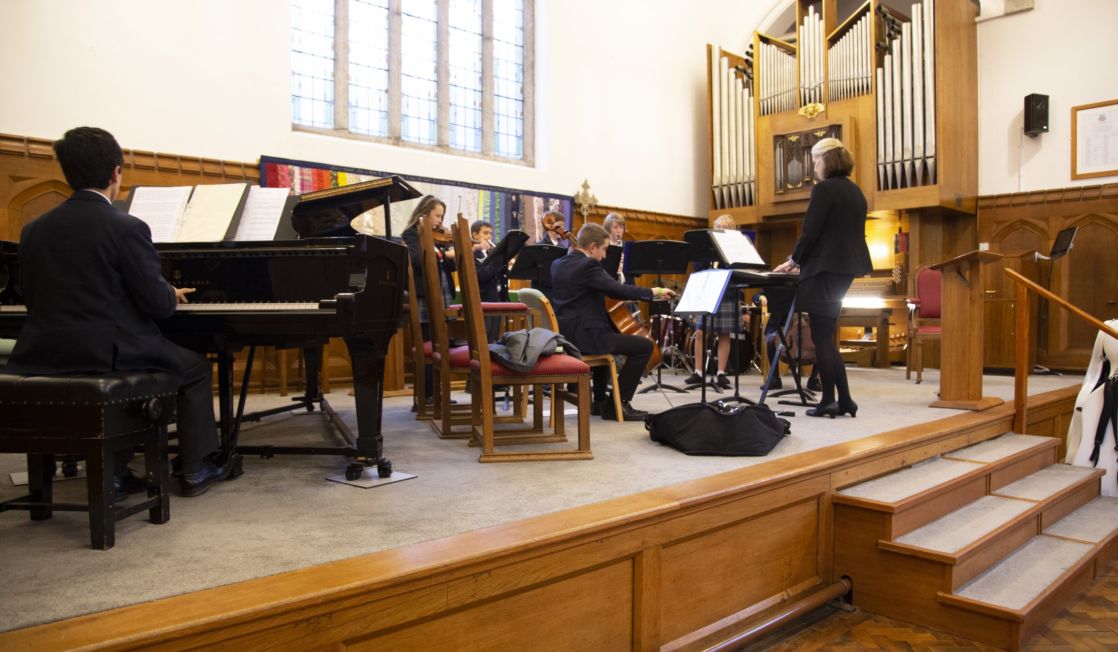 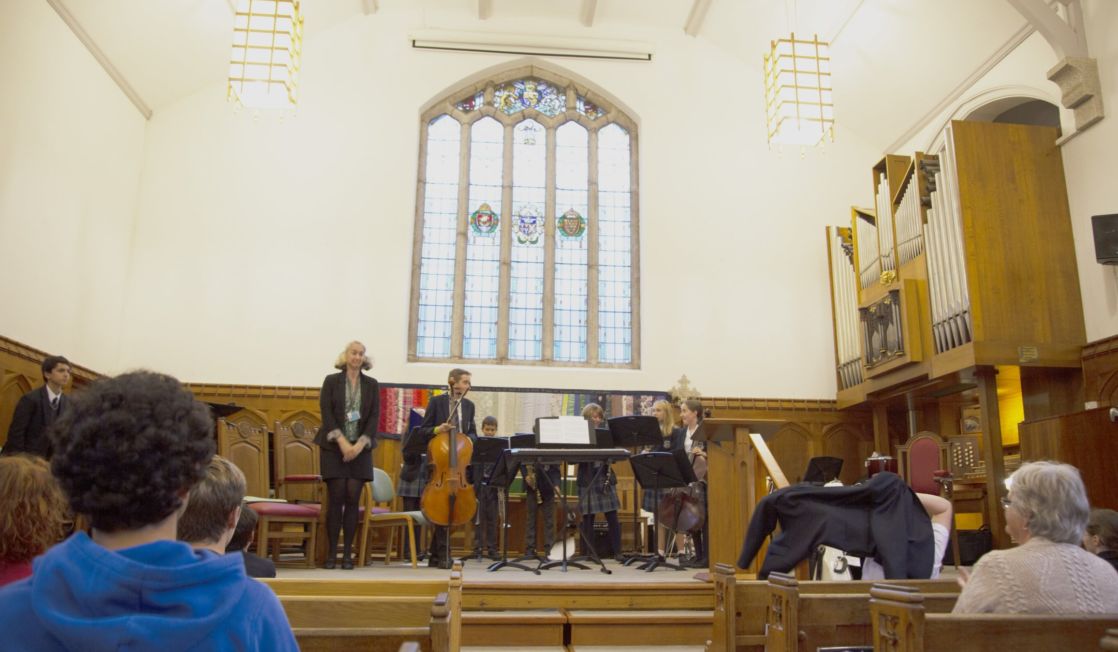 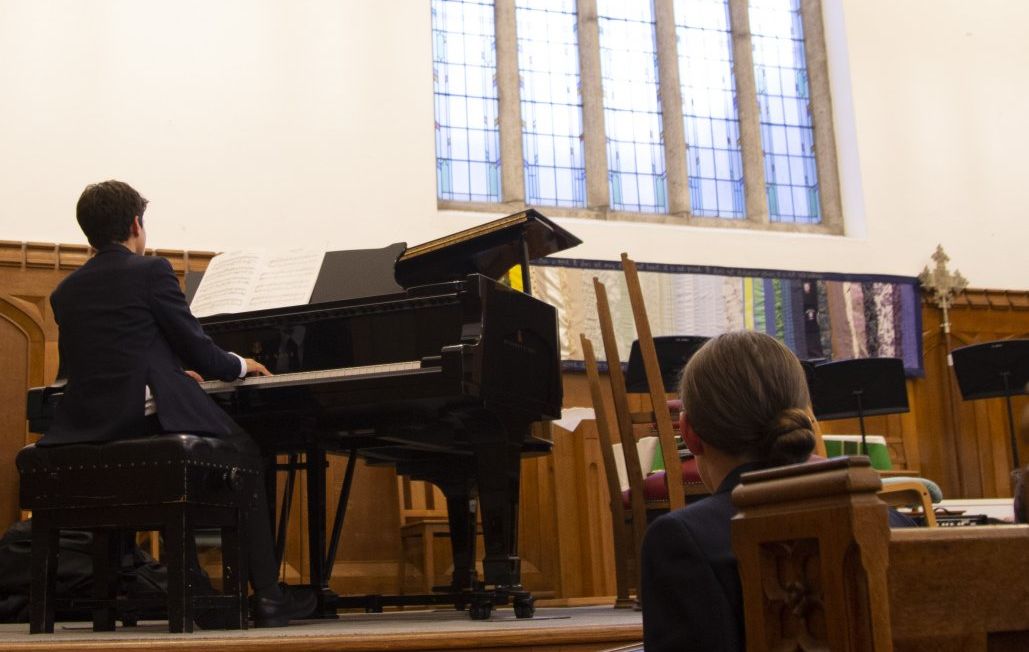 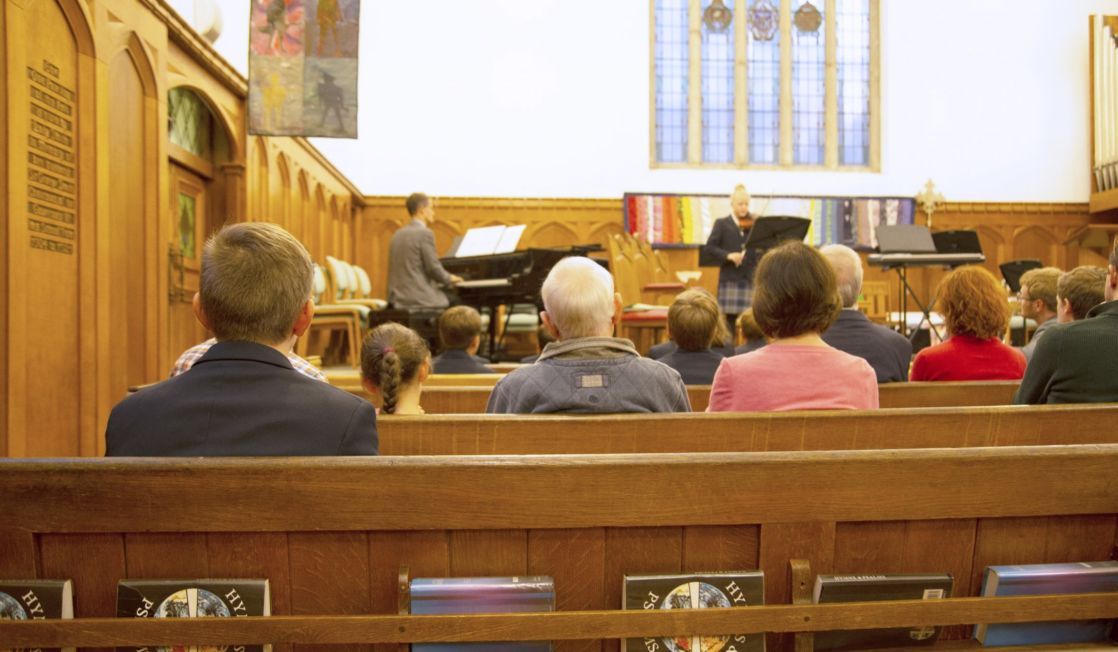 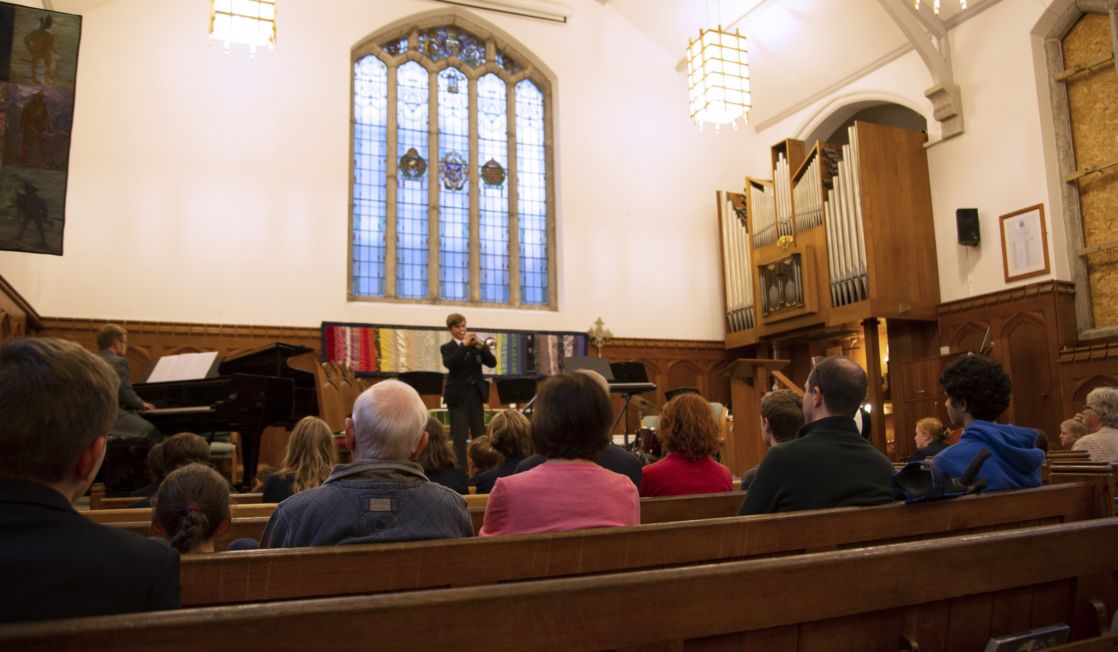 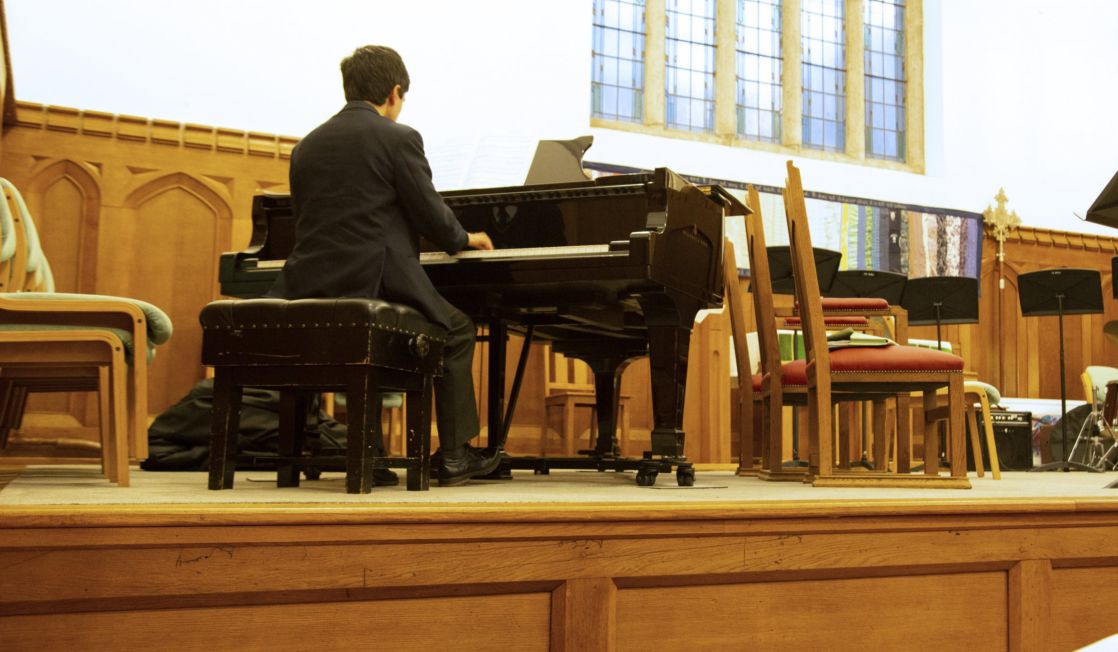 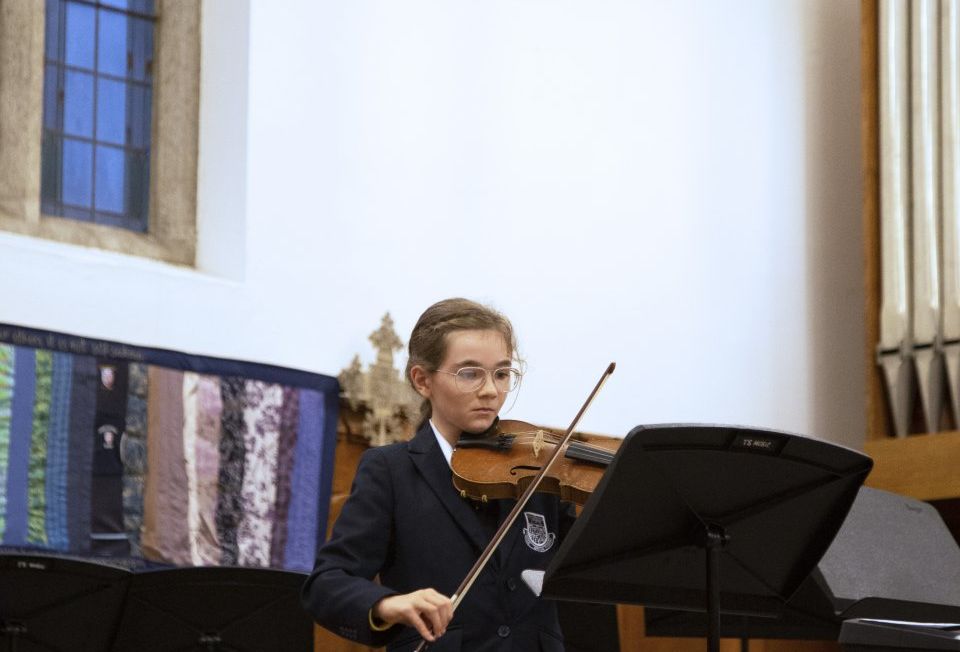 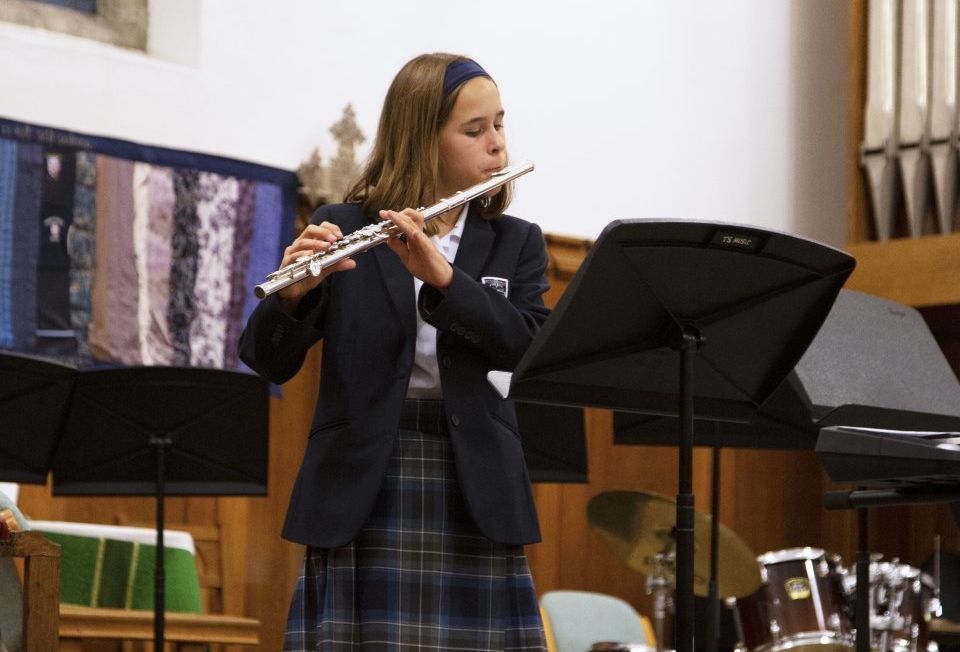 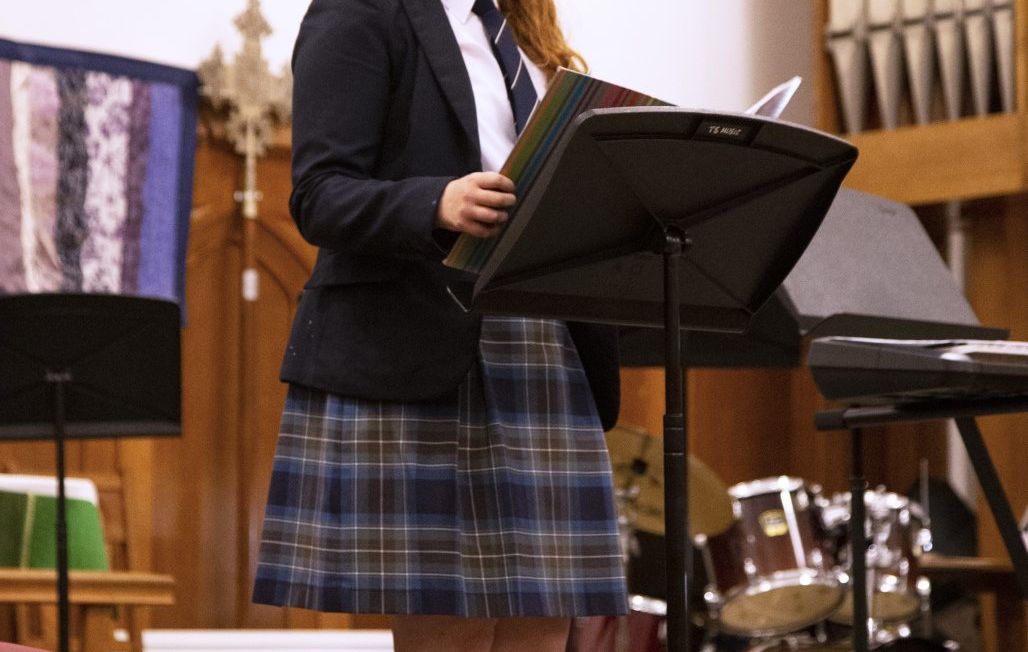 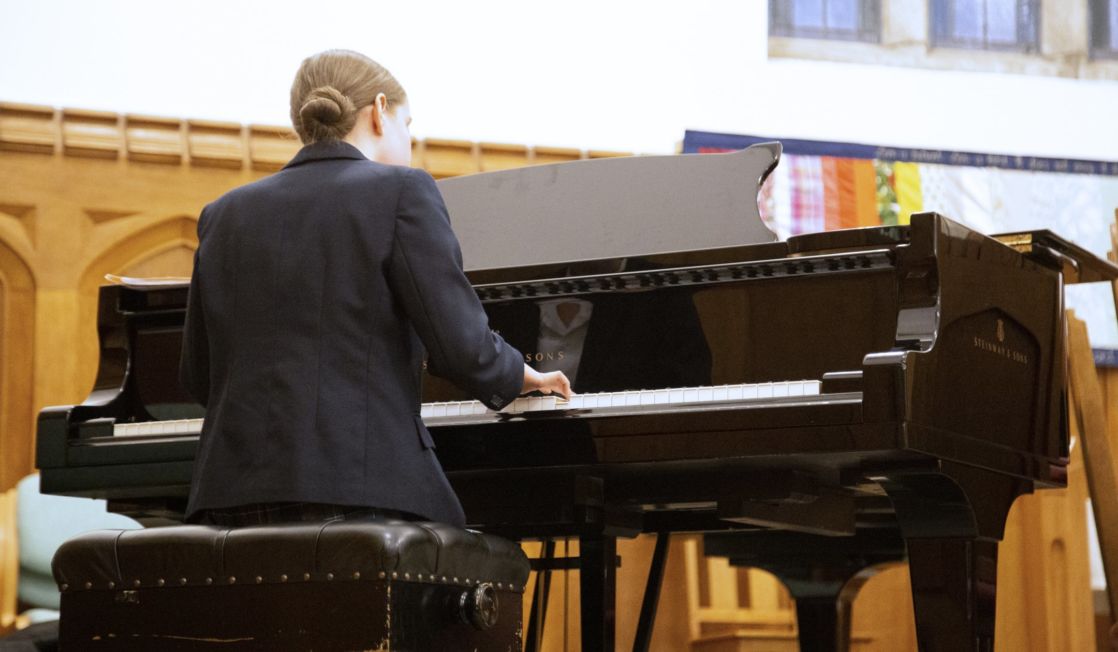 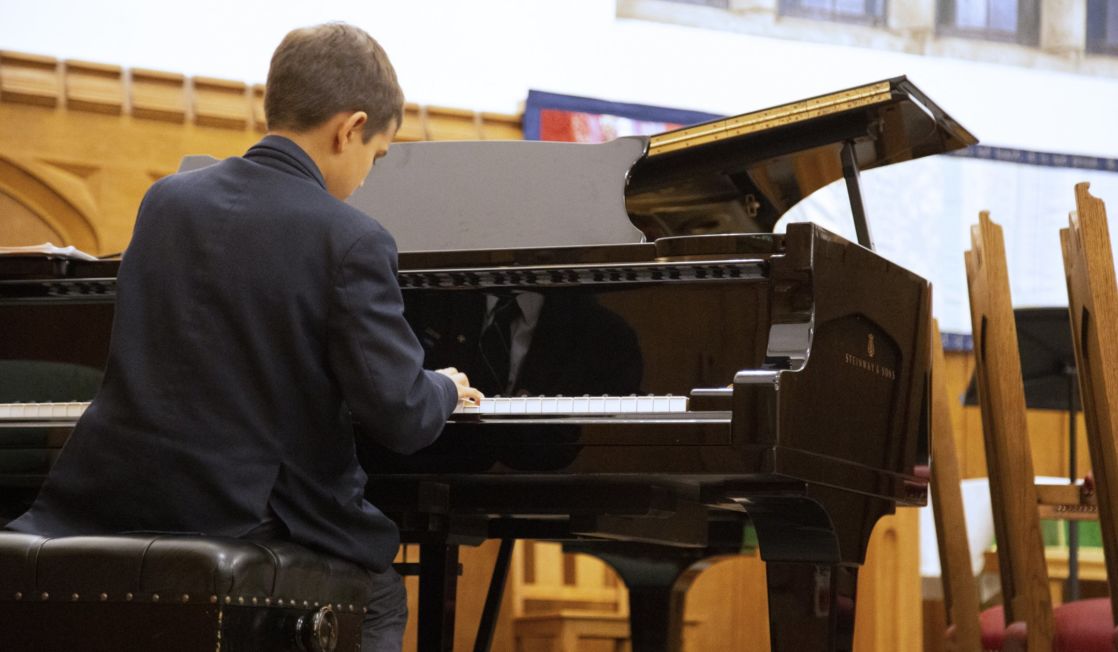 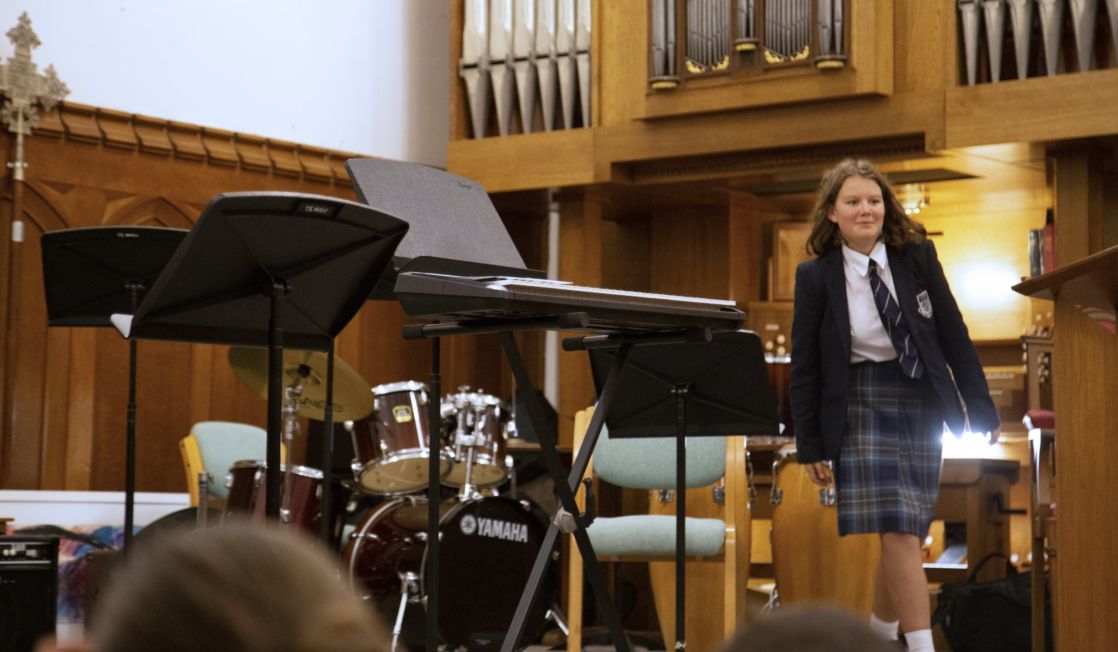 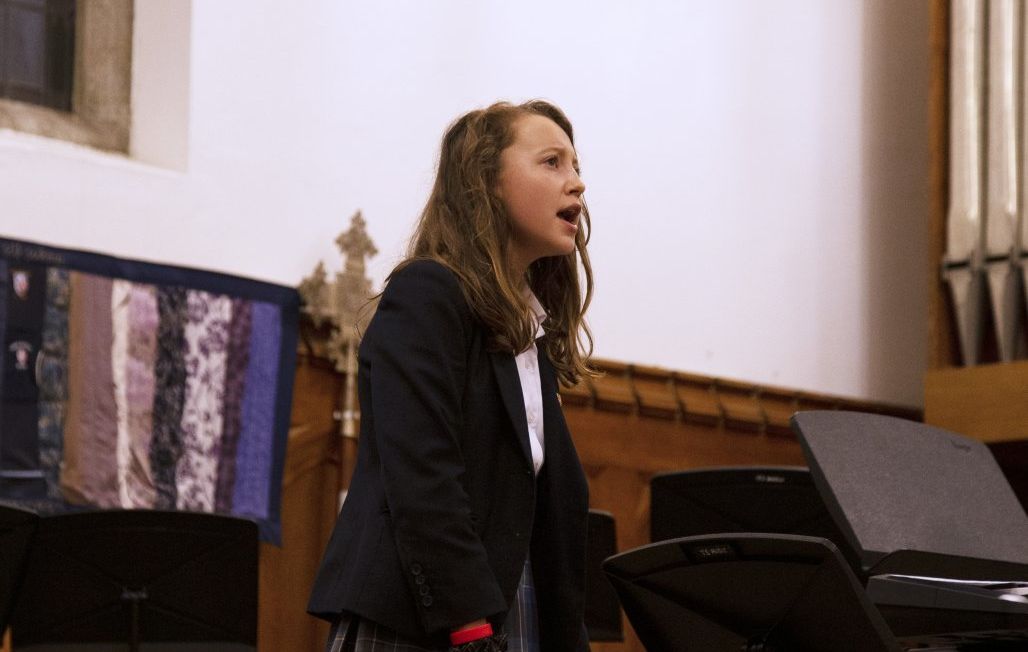 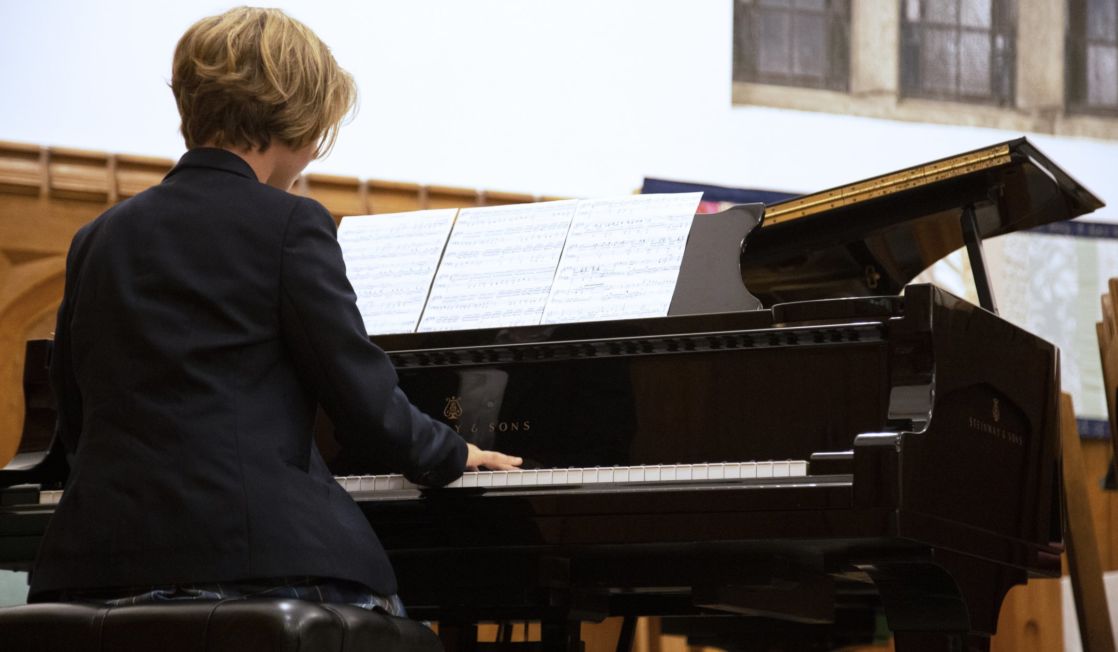 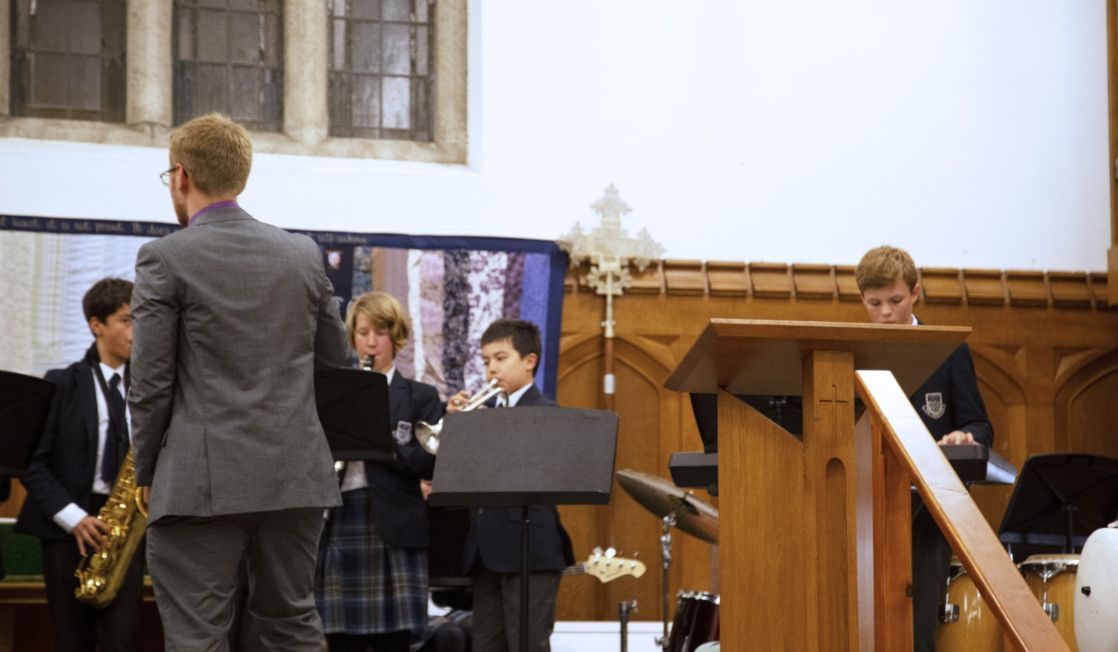 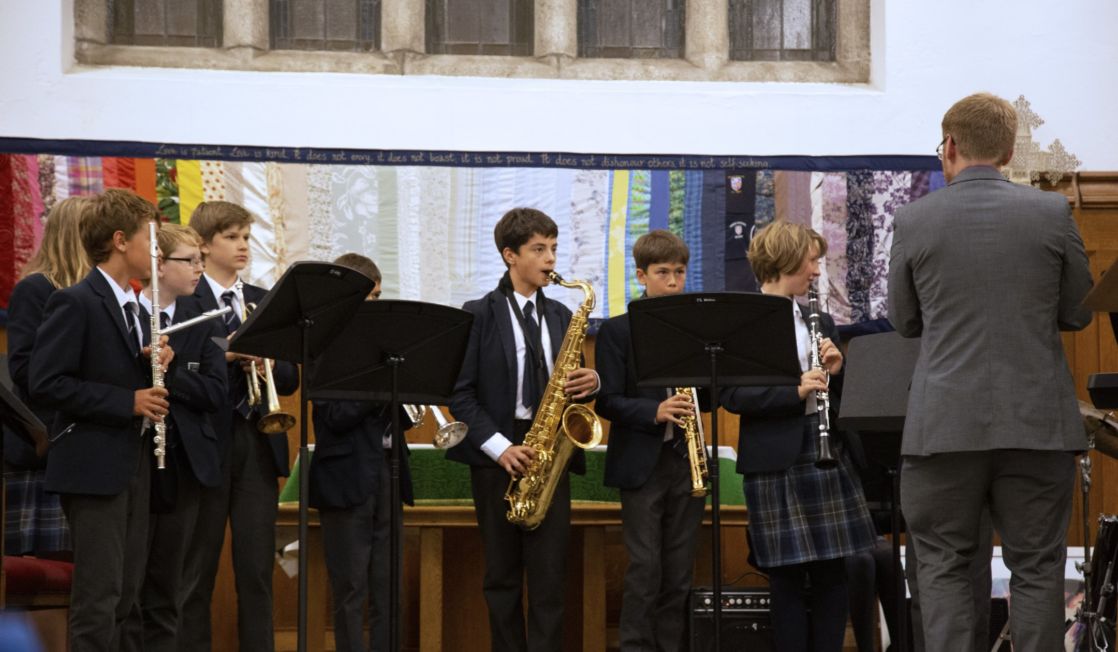 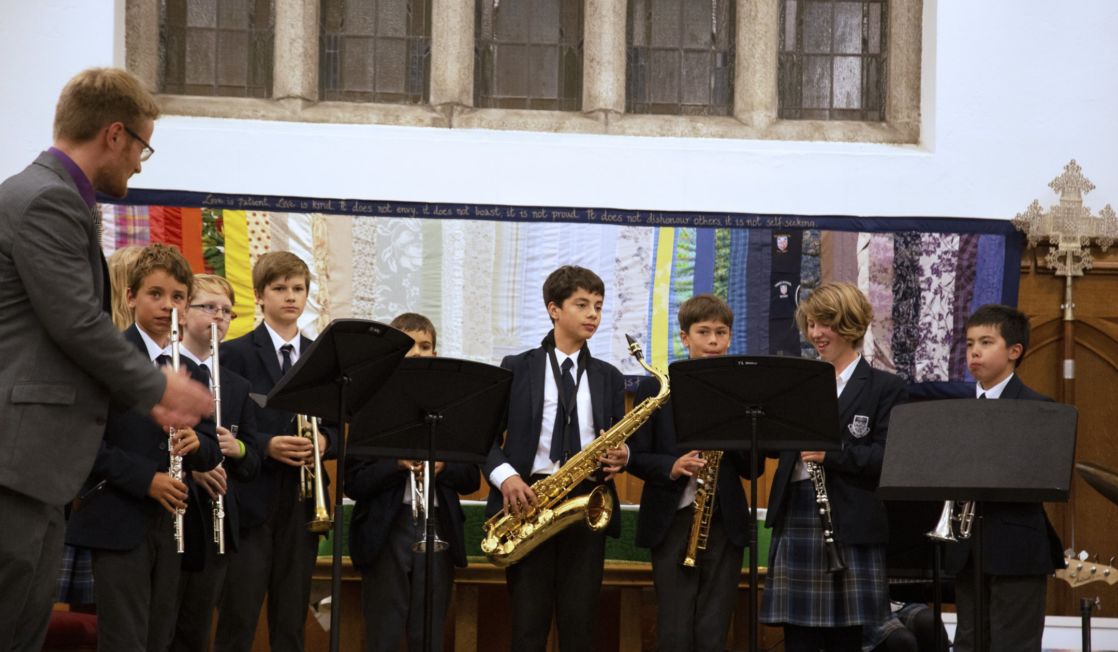