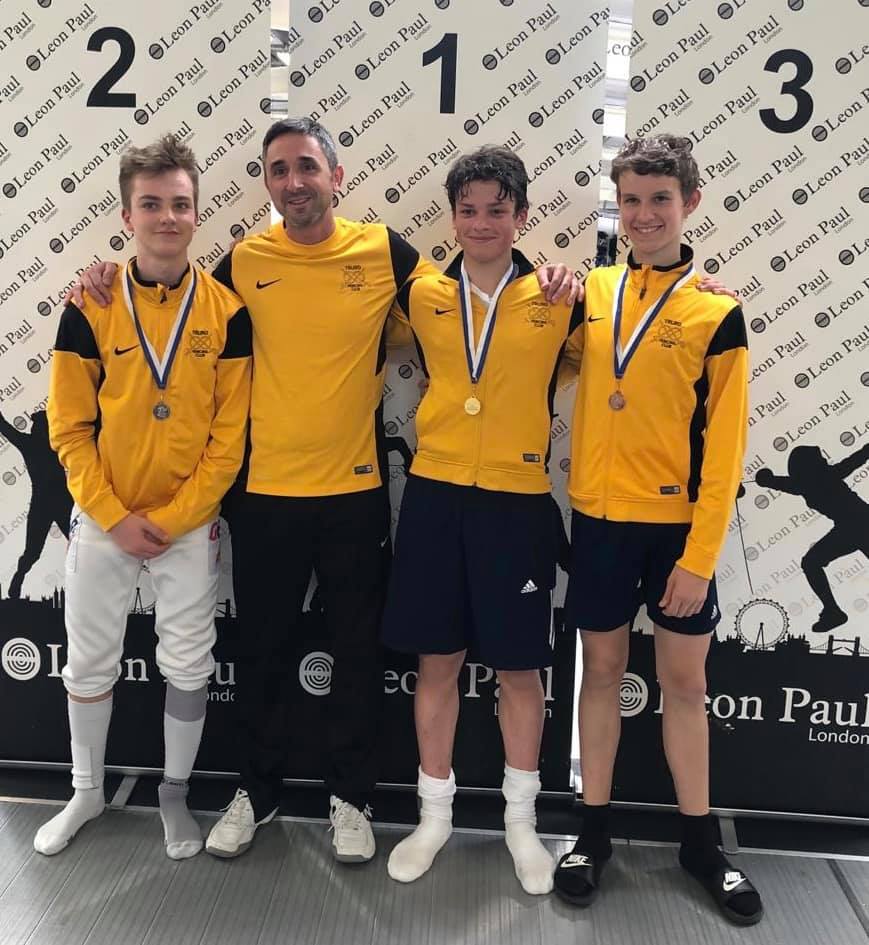 Truro School’s sabre fencers put in some brilliant performances at the first national Cadet (U17) and Junior (U20) squad selection event in last week.

In the Cadet Boys’ event, the school’s fencers absolutely dominated proceedings, with Darcy H taking gold and Max C Silver. Both Roman N (9th) and Henry M (12th) made the top 16, and some younger fencers also impressed, including our newest Truro fencer Sam H and Amari L who both made the L32.

In the Senior men’s sabre 18-year-old Luke H put in the best performance of his career so far, reaching the final with a series of impressive wins, before turning over competition favourite James E to take an amazing gold medal! Luke has just moved on from Truro School to university, and we wish him all the best. Another Truro School Alumni, Bertie H made the top 16, as did the impressive 16-year-old Max C, fencing up an age group.

In the Senior Women’s Sabre, former Truro School pupils Jenna Bray and Hannah O’Reilly impressed with L8 finishes, and Molly Wood put in a strong performance to make the top 16.

Following the event the first GB selections were made, and the following Truro School fencers will be representing Great Britain at the first international competition of the season in Hungary in 2 weeks: