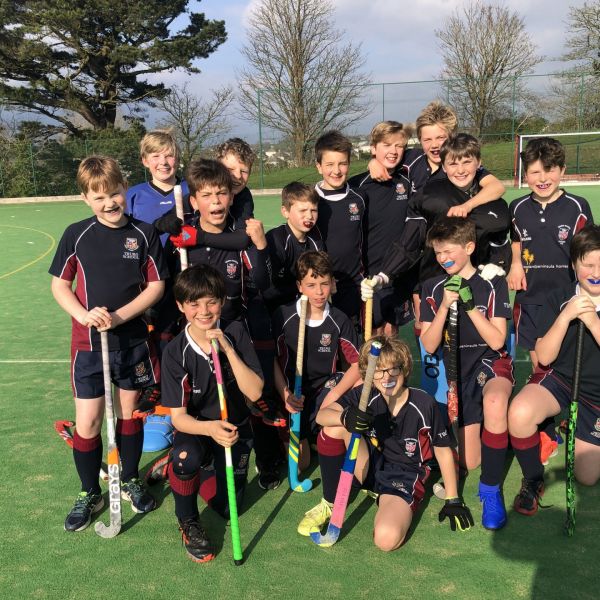 With a round robin tournament taking place at Truro School and seven teams entered each game was to play for.

Starting the tournament strong, we came out powerful and determined to get a result in the first game knowing our second game was going to be our biggest challenge.

We played Richard Lander B first, we won 2-0, with some fantastic passages of play and an overall well worked two goals from the entire team. The second game came against Mounts Bay, knowing this was going to be our toughest game, both teams were prepared for the battle that was about to take place. The game was end to end stuff, but with the final five minutes we started to move the ball around, transferring from left to right, forwards and backwards, waiting for the gaps to appear, when finally a big gap opened we jumped into the hole and took the opportunity. The game ended 1-0. After a well-worked, high intensity game we knew we were in the driving seat; four games to play and the boys were on cloud 9, nothing was going to stop them getting the victory they deserved. They put five goals past our other team, one against Richard Lander A side, two against Penrice and with one more hurdle to go we were on target to become County Champions.

We eyed up Penair throughout the day, knowing they had one key player that we had to mark out the game and give him no time on the ball. We had him down to a ‘t’ and on the counter attack we went strong and together, putting two fantastic goals away, we then ran the clock down by driving to the corners.

The final whistle went and the boys had worked extremely hard throughout the day. I was extremely impressed with their attitude, performance and support for one another, they deserved to be crowned County Champions not conceding on goal the entire day and scoring 14.