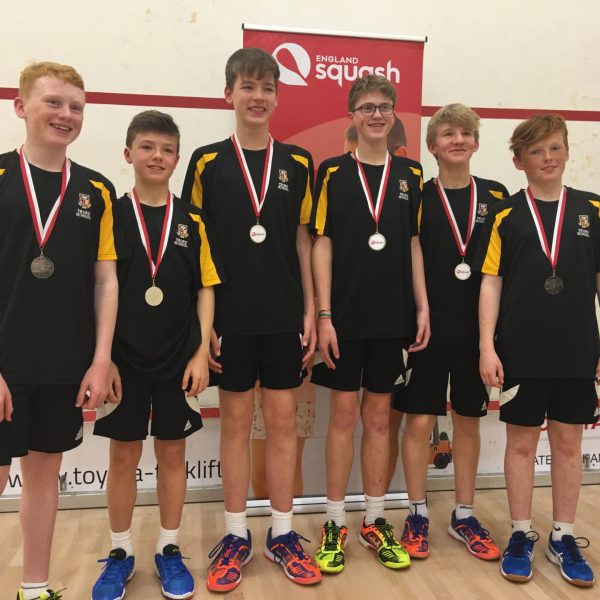 This blue ribbon event of the season was held at Nottingham for key stage 3 boys on Wednesday 20th March with the National title up for grabs. 83 schools originally entered and only the top 8 managed to qualify for the finals day itself. Effectively Truro needed to win 3 consecutive matches to become the champions.

Our squad comprised of Jack Mahon, Louis Murray, Joe Thomson, Ollie Beaumont, Callum Oliver and Ed Hayes. This was quite simply the strongest team ever assembled by Truro school. Training over the build-up period had been very positive, with every little detail covered and many tough sessions under the belt.

Low and behold – we looked slightly nervous and edgy in this match. It was as if our first appearance in the finals had got to us a little! Callum and Ollie were just a fraction off the levels they can generated and were both pipped by their opponents, however Joe on the other court had notched up a solid win, so there was no need to panic and the tie was expertly cleaned up by Louis and Jack in very professional and quite comfortable fashion. Truro won 3/2

This match was always going to be absolutely massive as KES are coached by the former England national team manager and hold some very fine players. Callum played first and although he went up a good notch in his performance level, found his opponent just that bit too clever and tricky to contain. On the other court Joe pushed as hard as he could but found his rival just too accurate and clinical. Joe also played better than in his opening match, but such is the standard at this level, was unable to grind out a result. Truro were therefore reliant on

Ollie to turn things around, including some very vocal KES supporters who felt they had the tie in the bag… Wrong!!! Quite simply, Ollie played the best match I have ever seen him produce, full of grit and determination and took a very solid win. The crowd was strangely not so noisy as the silky skills of Jack and Louis entered the fray and smothered their opponents with simply sublime squash of the highest calibre. Suddenly the crowd got noisy again, but this time it was Truro! Truro won 3/2 and claimed our place in the National Final 2019.

In a nutshell the new young guns v the 10 times winners. The final was held on the show court with 100 plus spectators urging their players on in a bear-pit type of atmosphere to determine the champions for 2019.

So in the most intense, intimidating and pressurised environment up stepped Callum Oliver, who has only been playing for 18 months, to kick off proceedings….. and he smashed his opponent with ruthless shot play, relentless pace and zero mercy. The finest performance of his young career to date and a huge win for Truro. Ollie took to the court next and faced a seasoned competitor with fine racket skills. He lost the first but then dug in amazingly well and virtually turned the tie around in the second before coming up just short.

At no 3 Joe faced a very tough Welsh National player who managed to dominate the T very effectively and edge our boy with, to be fair, an extremely good performance. This meant we were 2/1 down with Jack and Louis also facing international players themselves.

Jack was on first and traded the opening games with his opposite number and all the way up to 9 all in the deciding third game. When it is this close and exciting the margins are incredibly fine and I actually believe some things are meant to be and some are not. On this day Wycliffe got the luck and won the match. It could not have been closer.

Finally Louis played an absolutely fabulous game with true spirit and determination to beat his rival in fine style. He was patient, well structured and totally composed in the most difficult of circumstances.

But the day was to go to Wycliffe as they had the vital 3 wins and retained their title by the scoreline of 3/2 over our boys.

There is no doubt that our team is every little bit as good as Wycliffe, but it was just not destined to be on this occasion and we had to settle for silver. It was nothing short of a brilliant effort by them all and they shocked the living daylights out of our illustrious opponents.

Many congratulations to Wycliffe, but will will be back better than ever next year! 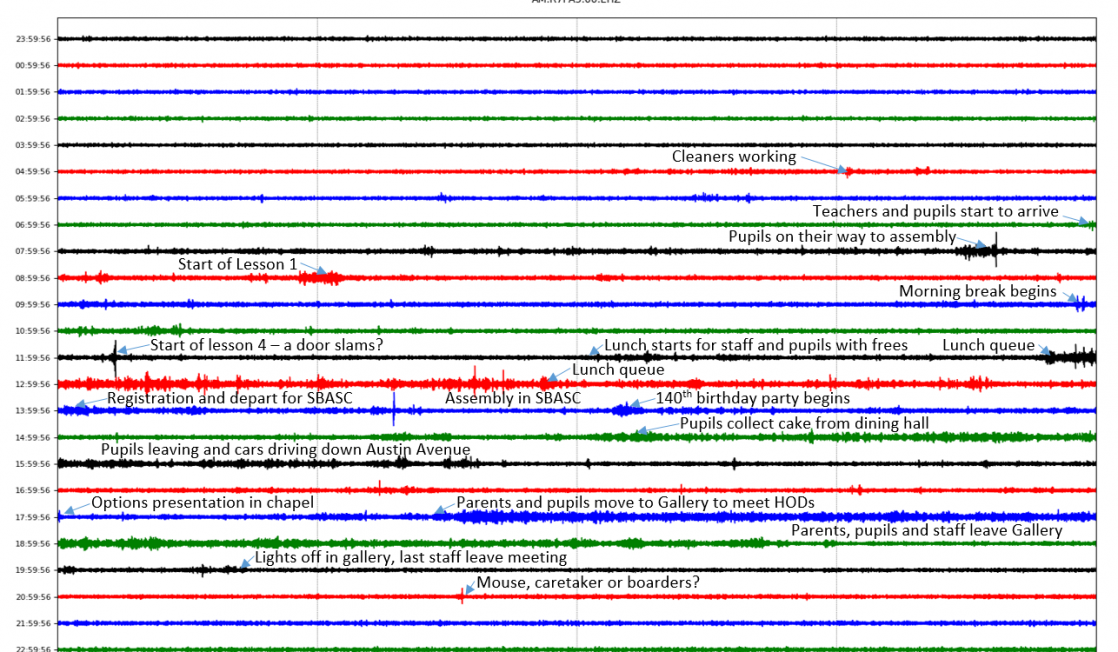