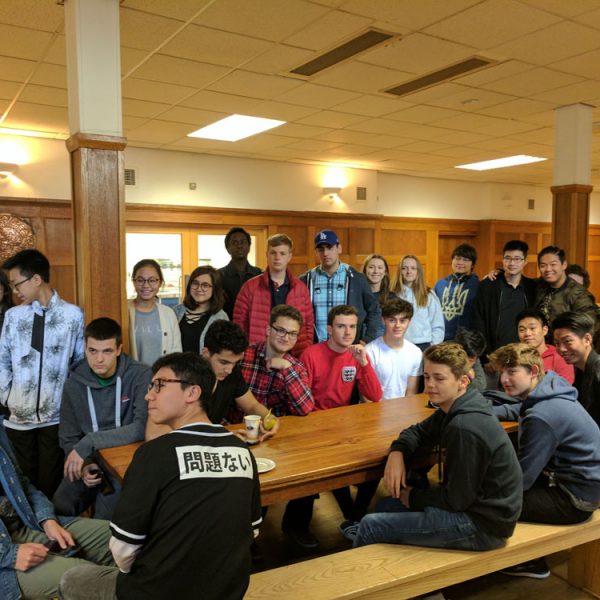 I suppose that it is not surprising that every year around this time the sun comes out and the exam nerves begin.  This year however, it seems to have come around so quickly, I can hardly believe that the Lower Sixth have been with us for nearly a year and that the Upper Sixth will soon be leaving.  With the 5th year going on study leave at the end of last week and the Upper Sixth starting study leave at half term, the end of the academic year seems very close indeed. On that note if your daughters are going to spend time at home during study leave please can you make sure that the boarding house has full details of their plans in advance.

We do have a few things to look forward to before half term though and one of those is the boarder’s concert.  We ask as many boarders to play or sing some form of music (this concert is not for our usual elite).  We then send out the following link to parents and friends to ask if they could make a small contribute to our chosen charity this term – Cornwall Hospice SW. The link is: https://www.justgiving.com/fundraising/Truro-School-Boarders.

Sasha is organising the Malvern girls so I really do look forward to seeing the interesting and often unusual performances that they have to offer. Iggy is compering and she’s experienced in this role so I am not too concerned about her performance on the night. Overall thanks as well should go to Mr Thomson for being ‘master in charge’ of this event.

We also had a boarders BBQ last Wednesday to release some of the pent up stress.  It really was great fun and an awful lot of burgers and sausages were consumed even after everyone had eaten a rather hefty supper.

Finally, thanks must go to Mr Lawrence and Mr Kitto this weekend as they organised a boarder’s treasure hunt around Truro.  Iggy’s team came first and Hetty’s second (girls rule once again!) so congratulations to them on competing so well in what really was a super activity.

I hope that you all have a great week and just a gentle reminder to send in half term travel details to Miss Hargreaves if you haven’t already done so.