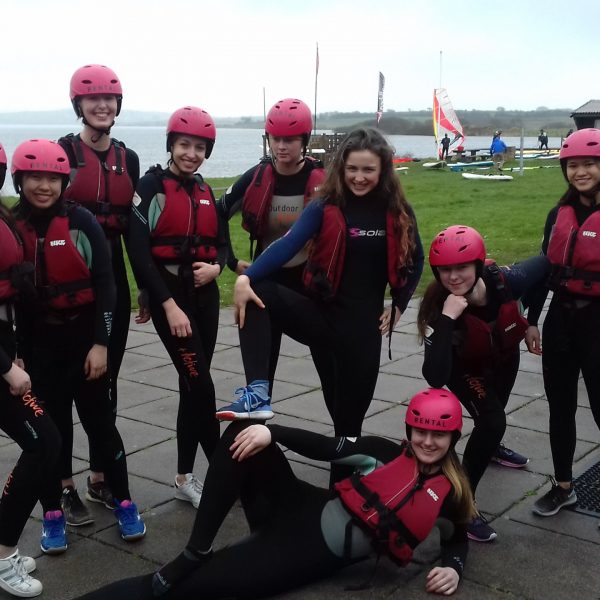 It’s been another busy week in the Malvern household but with the odd day of sunshine and flowers evident around the school grounds, spring was certainly present.

The music festival has been going on throughout the week. Winky, Sophie, Lowenna and Helena were all involved and made the boarding house proud with Helena and Lowenna receiving a prize as a part of the chamber orchestra, Helena’s choir won the general choir section. Other highlights included an outstanding performance from the jazz band who were awarded a rather large shield which Lowenna and Sophie helped to lift on stage proudly.

This years EPQ showcase was a particularly special one due to the fact that our very own Anna Wuebbena was presenting to the audience on her own project look into Germany’s surveillance. On Monday and Tuesday, a couple of the girls went up to support this years students, particularly on the Tuesday when they saw Anna skillfully answer a range of challenging questions from the audience in a truly professional manner. Anna also stood out from the others due to the fact that she had completed her project in a year where most students take two years. Anna was treated to a cream tea celebration on behalf of her EPQ group which was a lovely Cornish celebration…with some consideration on which went on top: The jam or cream. Regardless, Anna thoroughly enjoyed it.

Jemma also accompanied Mrs Mulready to the a meeting at Trennick to gain insight into how they run their house council meetings with some great ideas in incentives to take away. Amy, Cherry, Jemma and Tulip look forward to implimenting their ideas into the Malvern house council.

On Wednesday we celebrate Erin’s birthday with a rather exciting looking cake and plenty of balloons which are still floating around the boarding house. After her hectic week last week, it was nice for Erin to have an opportunity to laugh with the girls and enjoy her birthday cake.

Wednesday, all boarding students attending the boarders chapel service which was focusing on happiness and team work with a complicated task of trying to build up a tower of stones. It was a lovely opportunity for the girls to have a chance to pull together as part of team and appreciate each others strenghts. Winkie particularly enjoyed the Hymm ‘The Prayers of Saint Frances’ and has found it playing in her head all week.

On Friday our Lower Sixth students had a big day out at the UCAS conference with an opportunity to look at a range of courses, programmes and universities at the Royal Cornwall Showground. They all came back buzzing with excitement at the opportunities that were available to them with some serious reflection on future aspirations to follow. With so many resources and information booklets on offer, it was hard to resist the lure from some universities and Megan won the award for the most books/magazines collected so is clearly keeping her options open.

Friday was a relaxing evening with the girls working hard to get their prep done before the weekend was fully underway. A few exhausted students from the hectic week resulted in a lot of students heading to bed ahead of schedule in order to regain their energy for their activity on the Saturday.

Whilst the morning of Saturday was glorious and bright, the clouds soon came over and the ‘drissle’ followed. However, this didn’t hold back the enthusiasm from the girls regarding the water sports session at Stithains Lake. After getting into their wetsuits and saftey gear, they swiftly took to the water like a flock of swans. After a quick game of ‘simon says’ they were in the water, splashing around and developing their ‘belly flopping’ technique. Their session was split between doing stand up paddle board and kayaking. Both requiring balance, resilliance and a sense of humour: Our girls had it all! They were rewarded to a ‘fully loaded’ hot chocolate with all the marshmallows and cream the café had to offer.

Whilst the majority of girls were invovled in the watersport session, Helena was performing in the Gala Concert; the winners from the weeks festival come together in a one off special performance in which Helena did some very talented ‘scats’ signing in the vocal ensemble. This was very well received by the audience and an exciting way to end the music festiva

After a chilly day on the water, the girls needed some warm hearty food. Whilst they had enjoyed the sausage hot pot at dinner, there was no holding Sophie back who created a precise shopping list and turned a selection of doughballs, crisps and eggs into an impressive banquet. After some creative pancake making, Miss Malla attempted their new favourite game: ‘Catch the cream’ but failed; it seems that this game is rather messy, challenging and not for the faint hearted…She has promised to try again after she has washed the last lot out of her hair…Sophie and Hannah were quite the pros!

Miss Malla challenged the girls to her own favourite game: Articulate. The common room soon turned into a competitive stage. Whilst we struggled to know who all the people, countries and animals were, everyone certainly gave it their best shot and for Miss Malla, it was certainly one of the best games she’d played. There was plenty of laughter and mistakes and blurring of teams but Helena arrived just in time after her concert to help bridge the gaps between the loosing teams.

After a lazy Sunday morning, the girls made the most of the sunshine. Whether it was finding the best study place in the sun or going with the flow with a game of ‘odd rules’ rounders and watching Miss Malla struggle to fly the kite! It was lovely to see the sun and top up the vitamin D levels in preparation for the final weeks.

As the girls wind down and finish off their prep, we look forward to maybe a quieter week next week but with more sunshine in the forecast to boost our energies.

Next week we’ve got the Godot A-Level drama pieces for us to look forward to, Lowenna, Sophie, Winkie and Helena all have their Bodmin concert on Wednesday, a warm up in preparation for the Easter Concert with an exciting weekend of horse riding to look forward to.

We hope that you too have enjoyed your weekend as much as our Malvern girls!

Goodnight from all the Malvern Girls 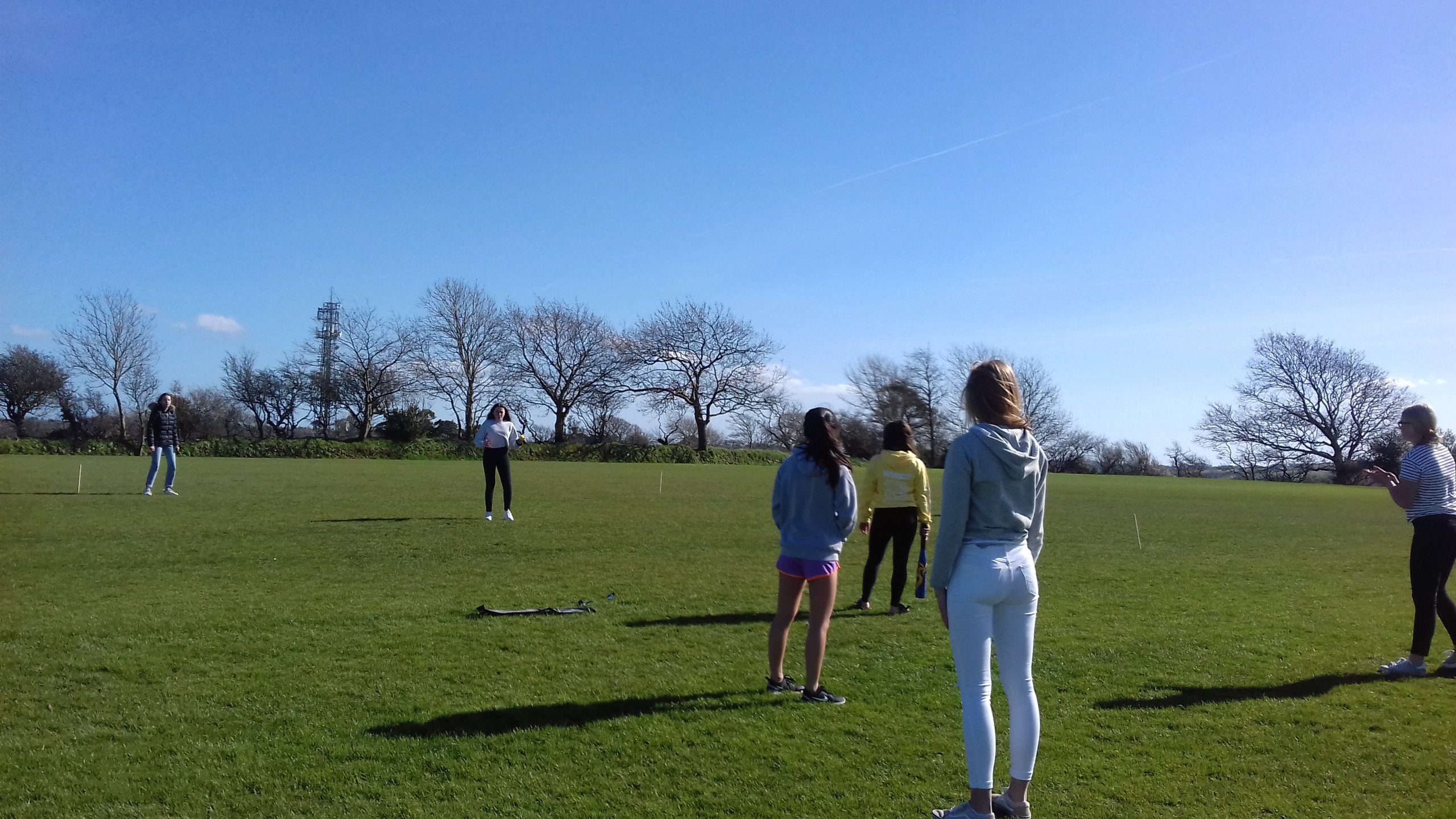 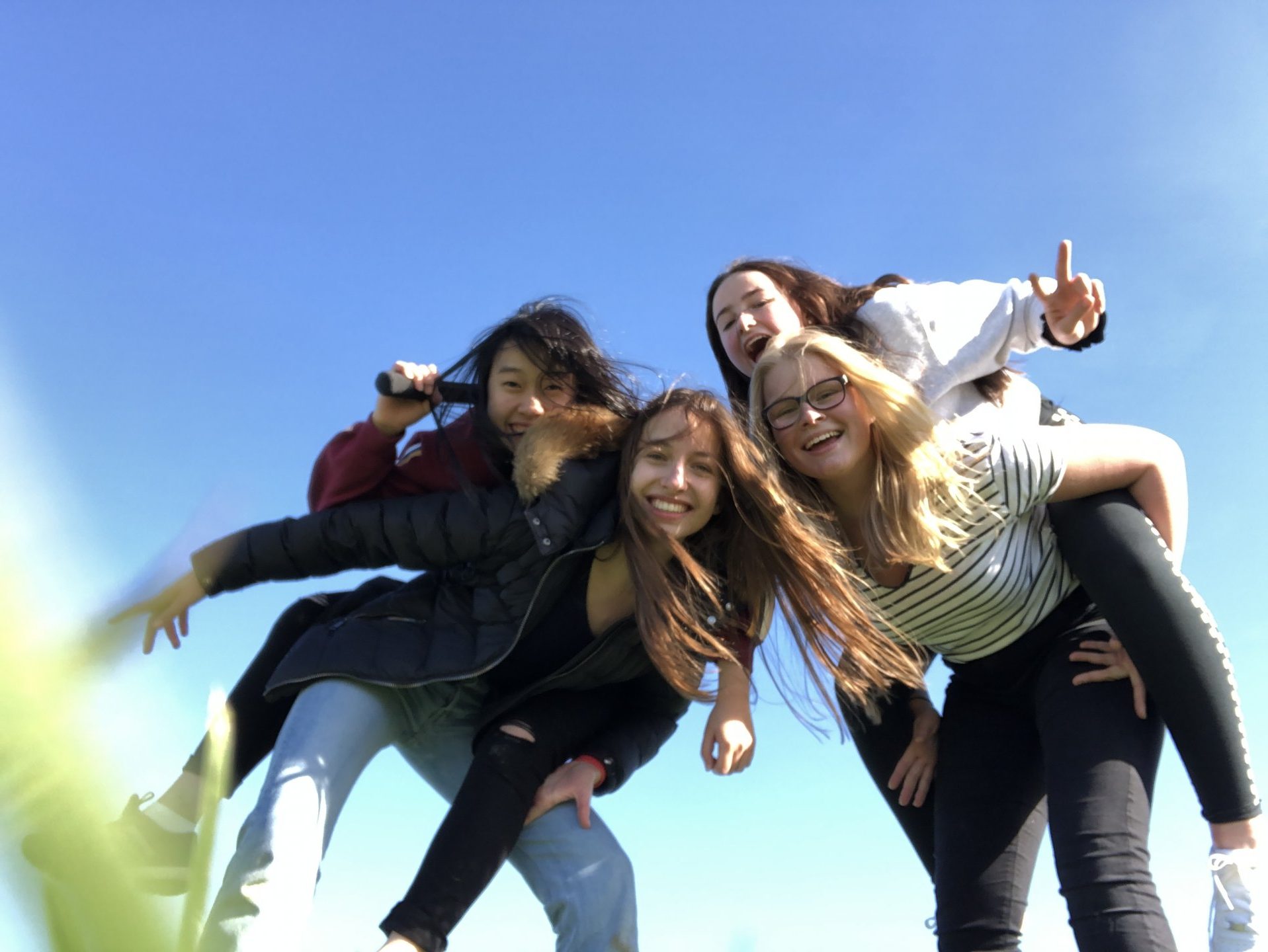 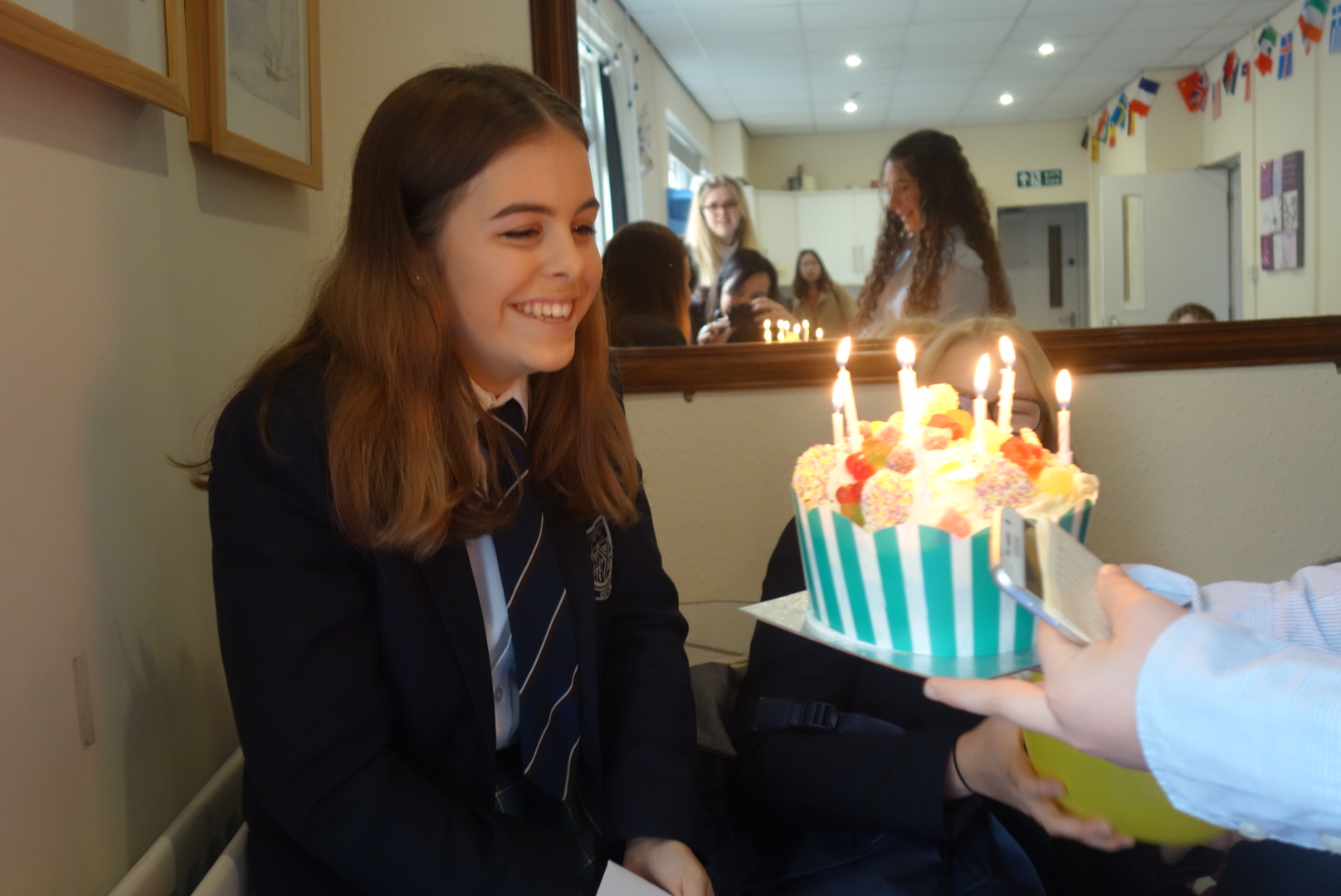 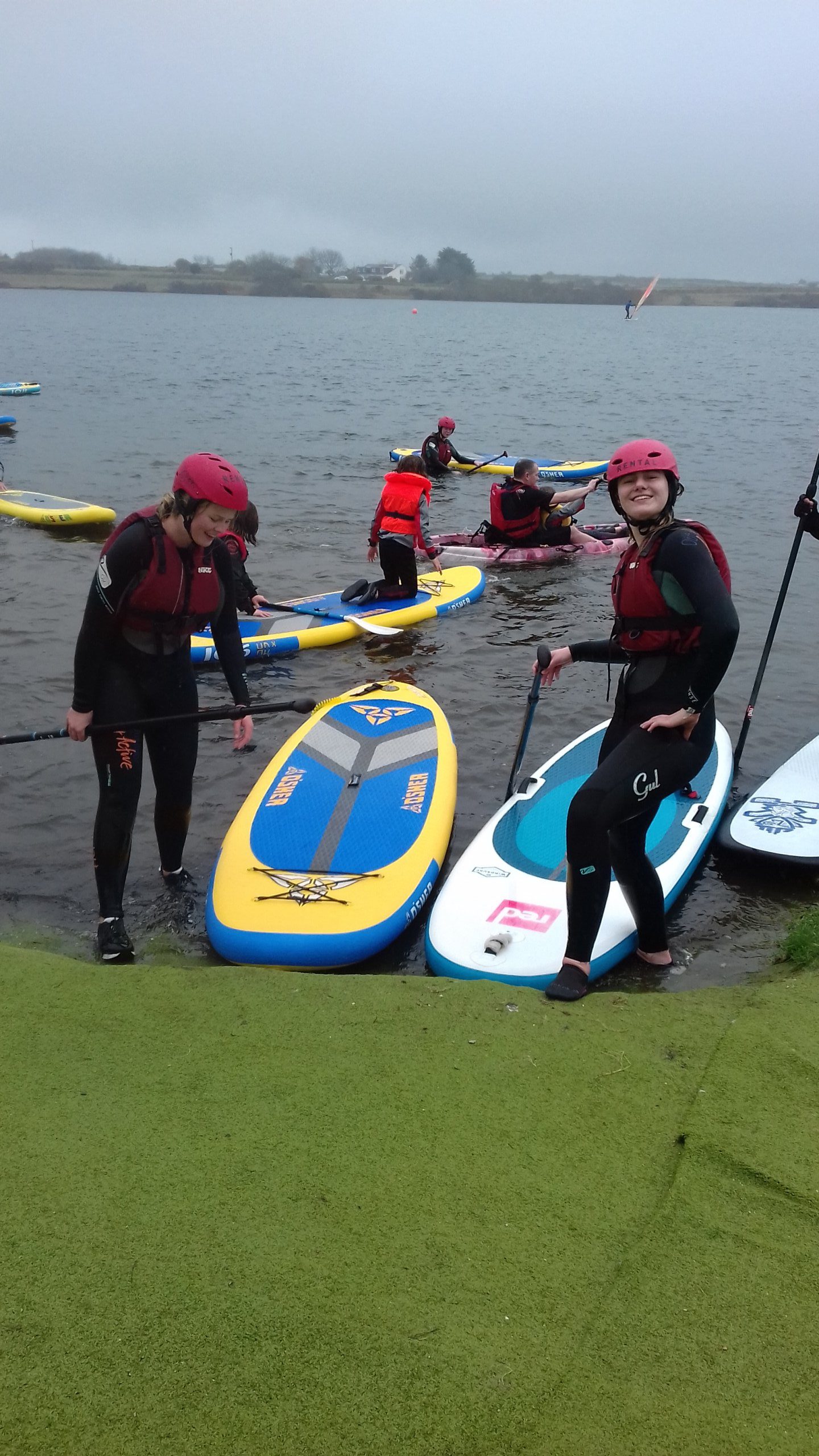 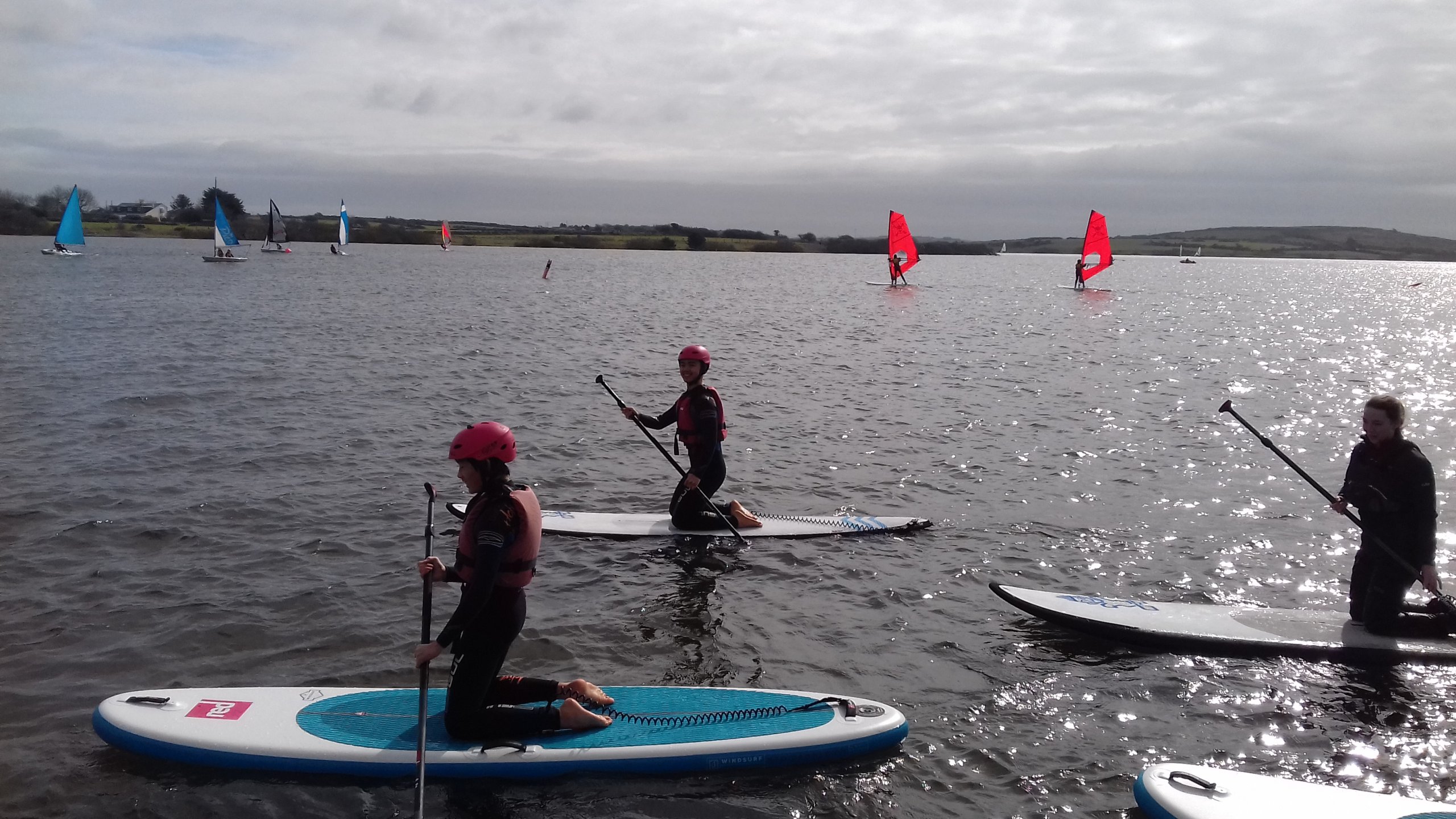 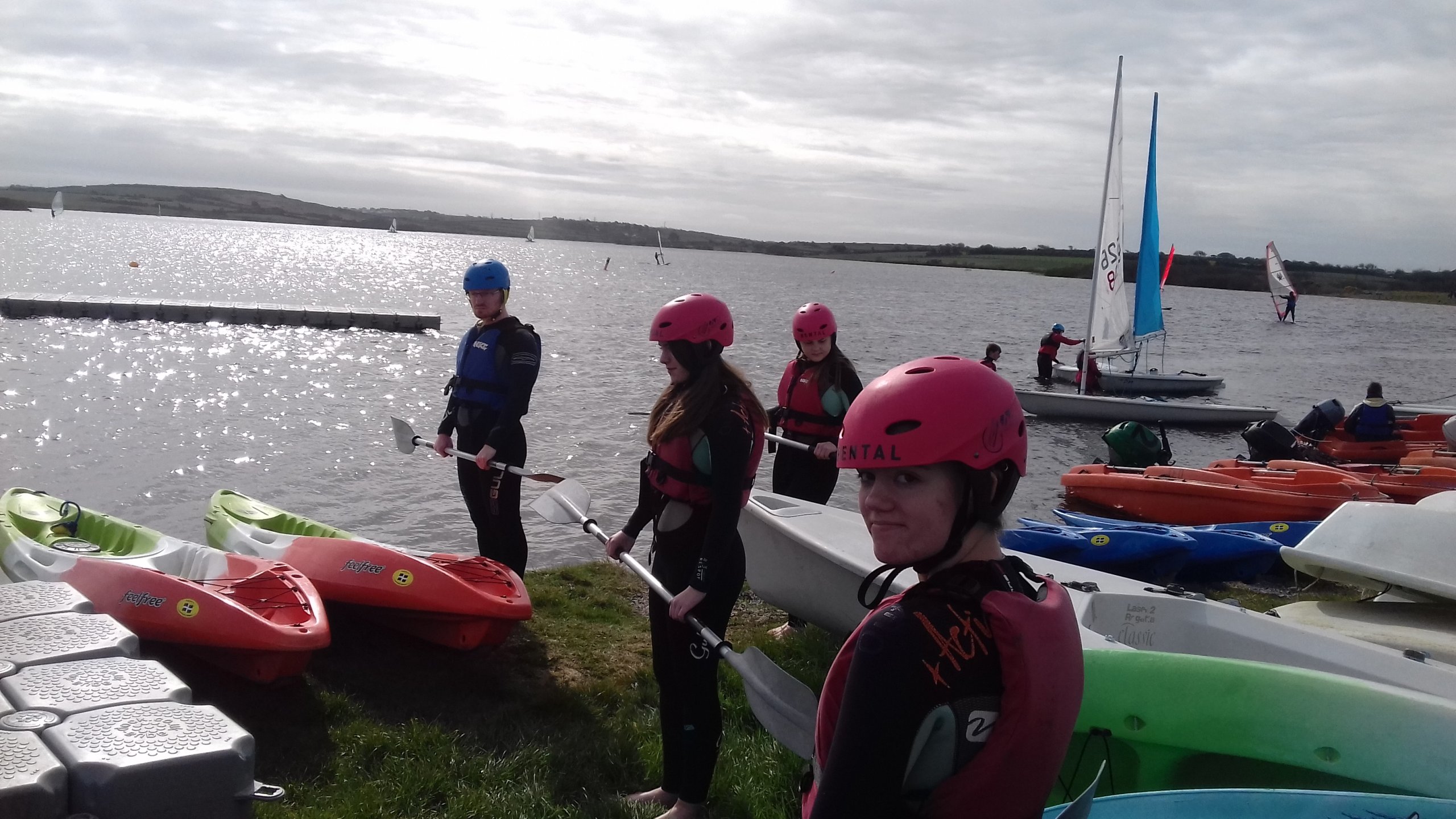 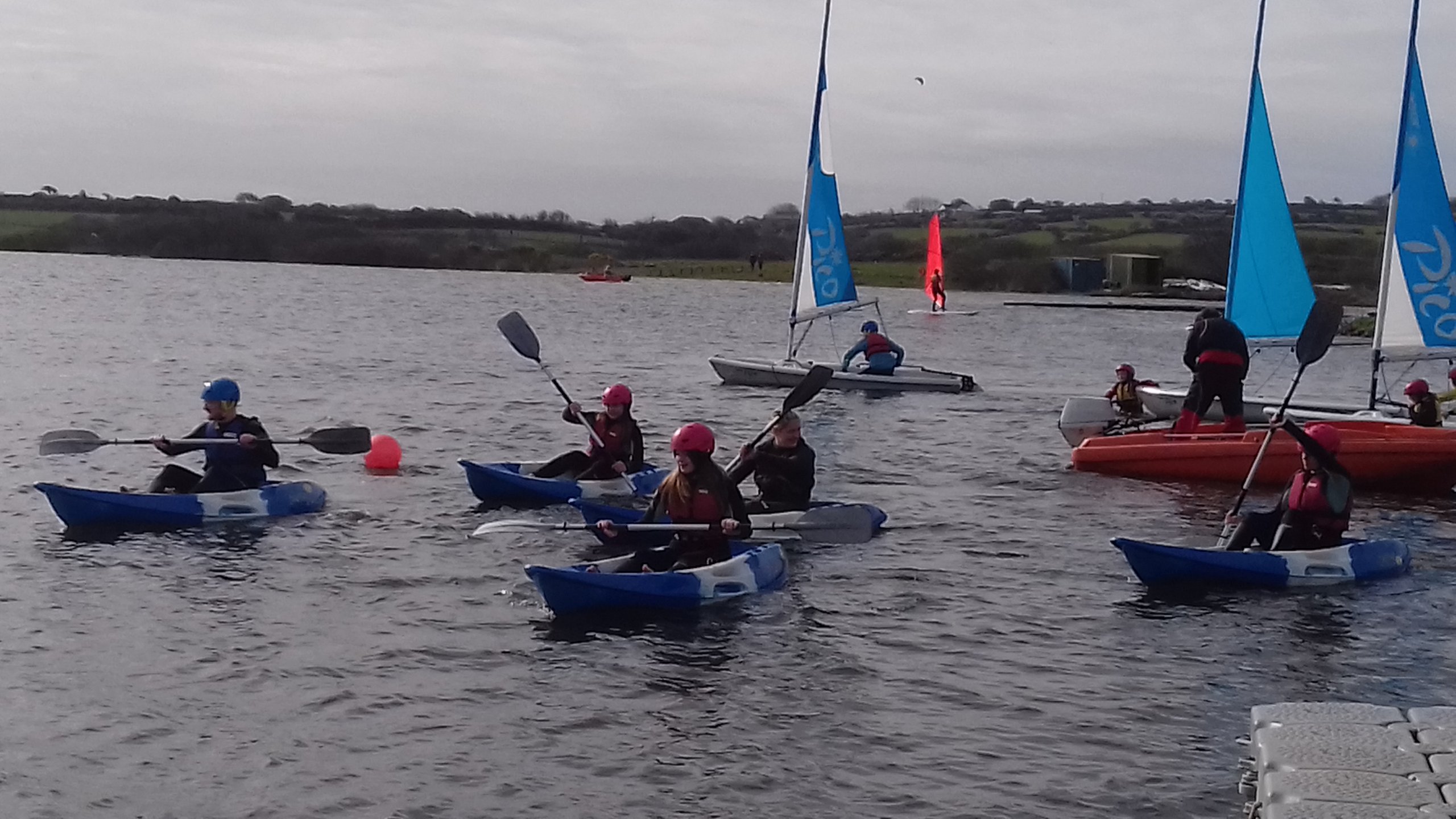 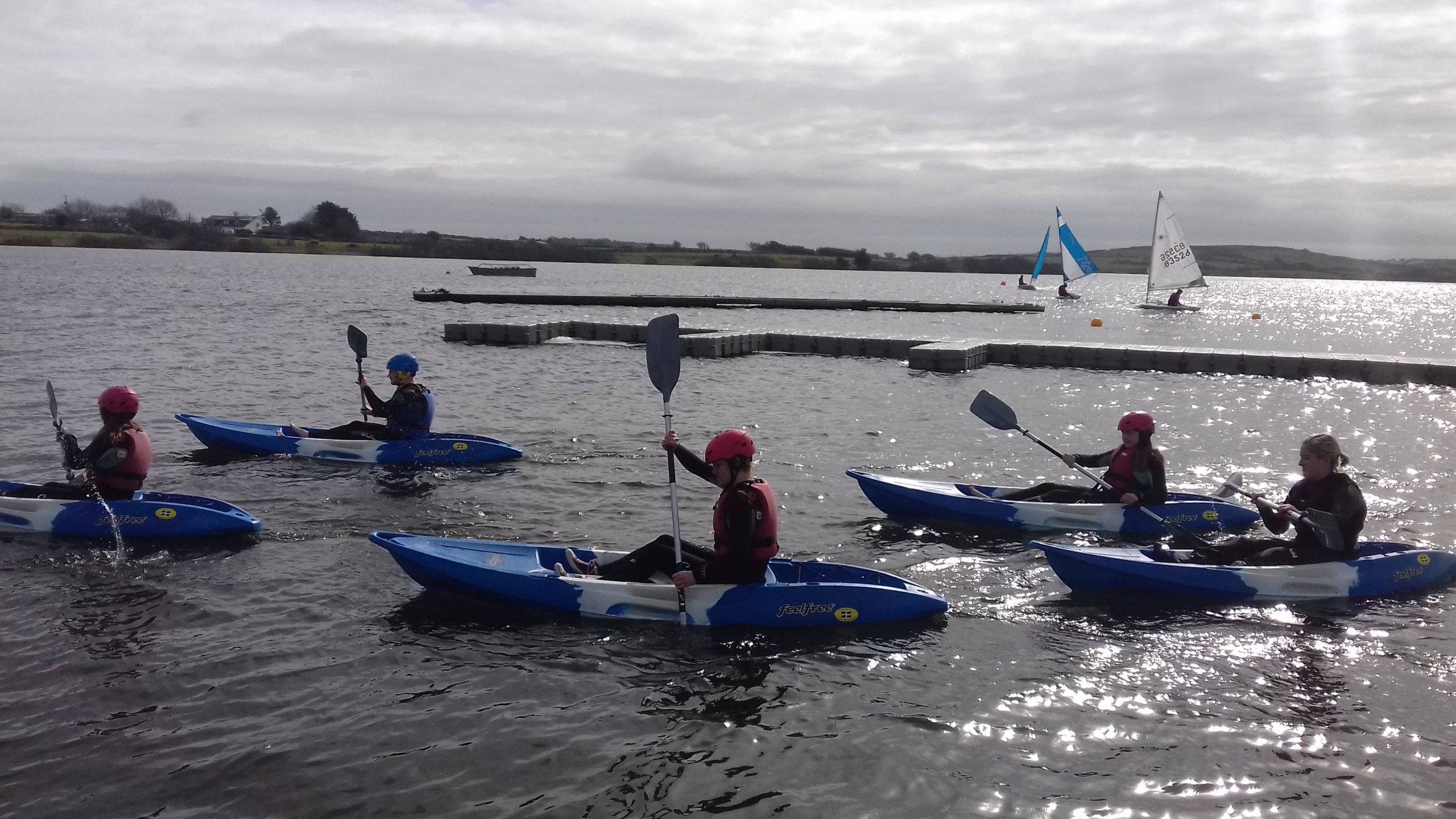 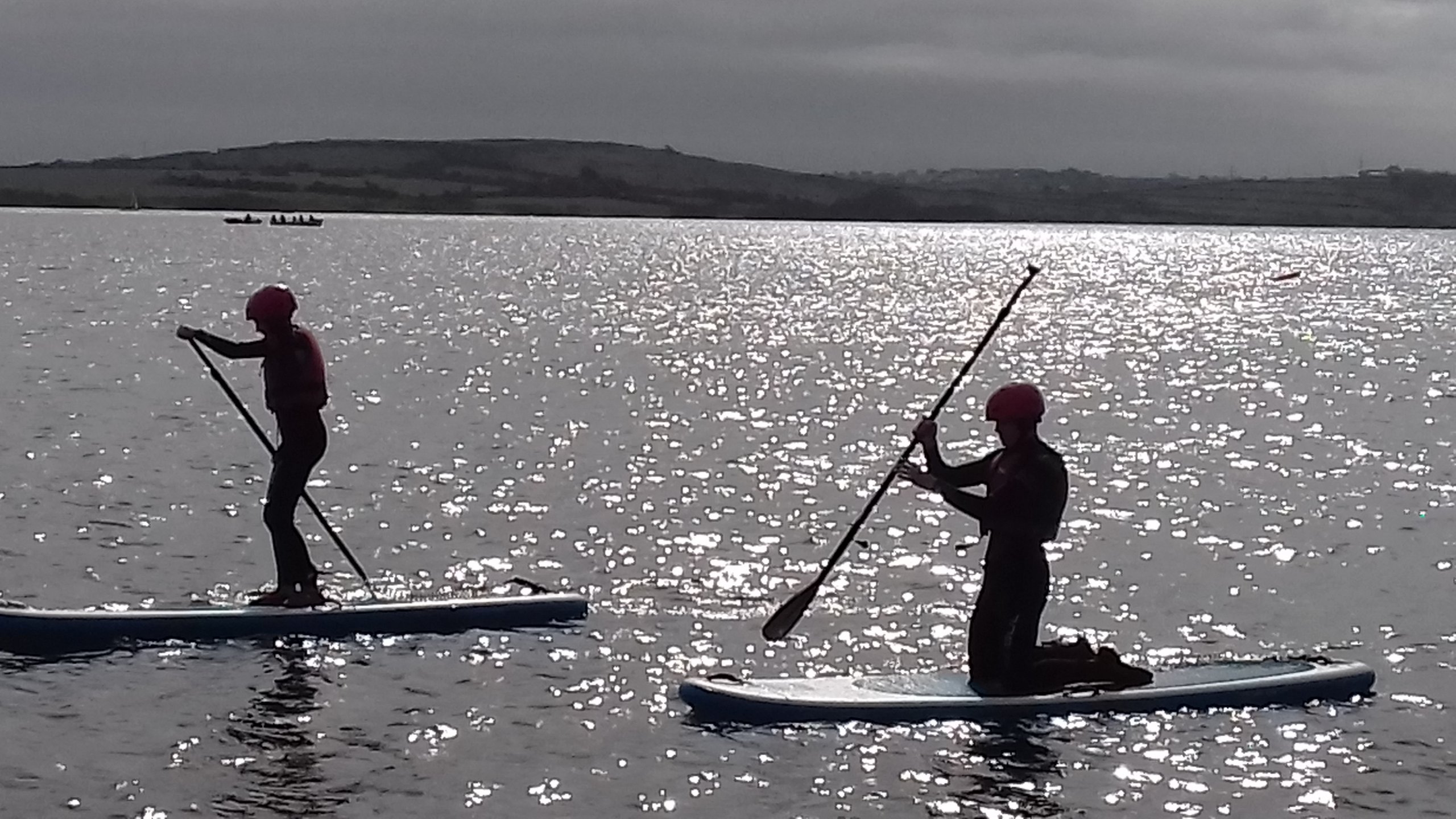 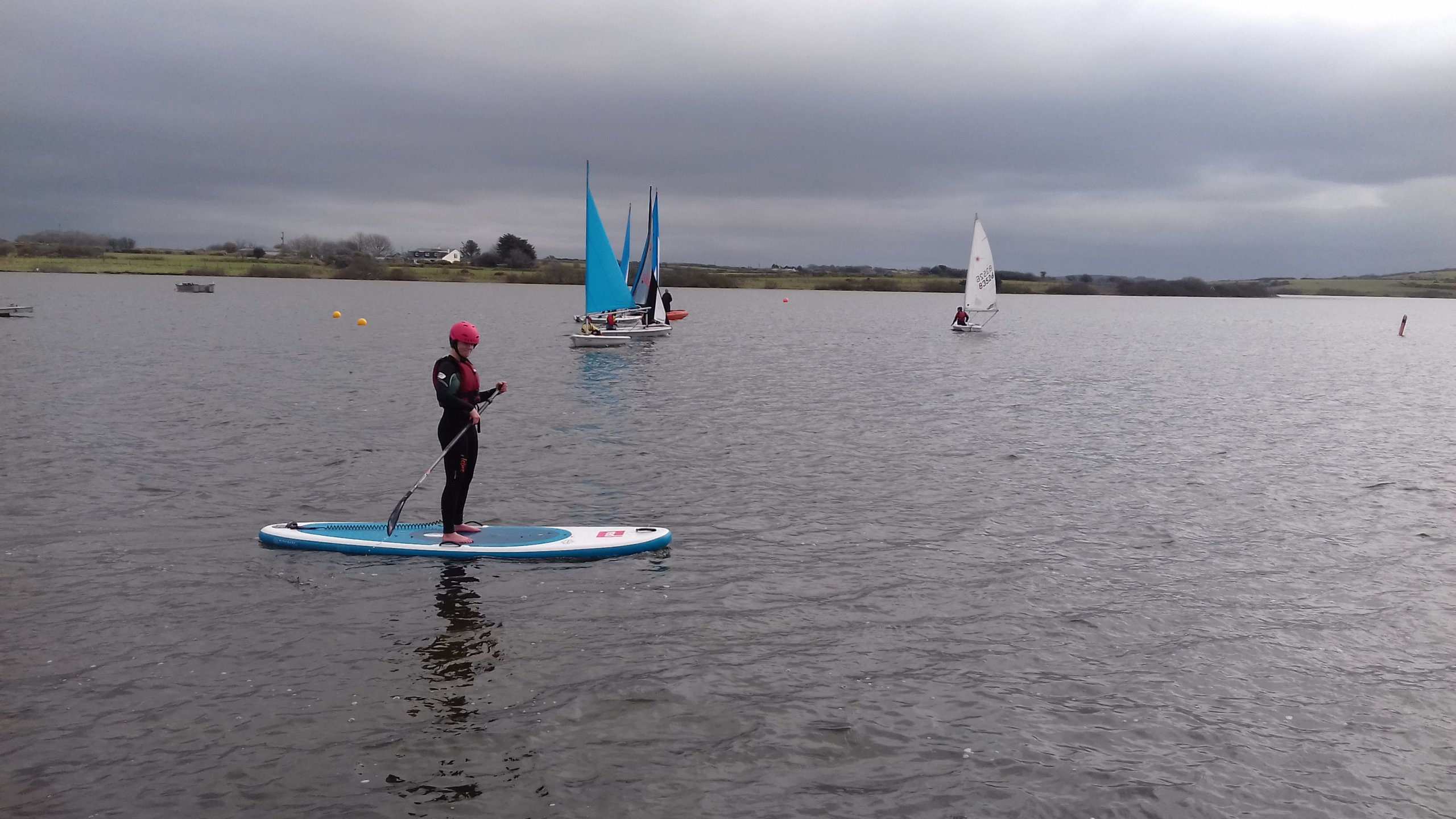