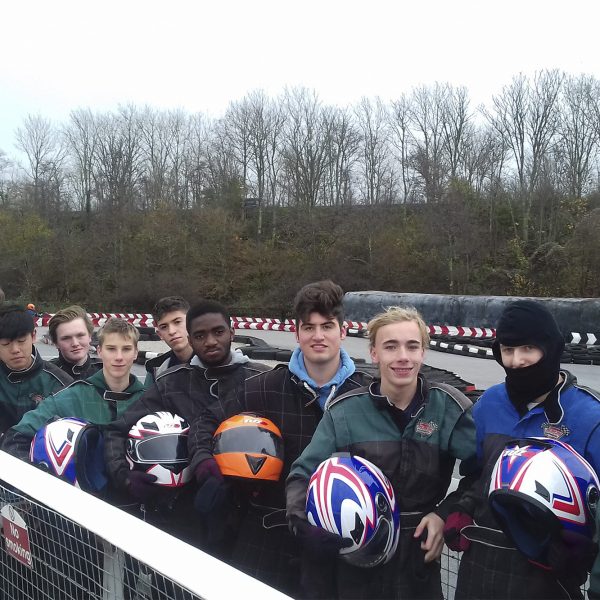 It was an absolute pleasure watching Bosco and Ries play basketball for the men’s team of Truro Basketball Club on Friday evening. Bosco and Ries both easily held their own and played well with and against stronger more experienced players.

On Monday the History Department showed the excellent film first world war film, ‘They Shall Not Grow Old’ in the Burrell Theater. Several boarders including Hector enjoyed the film and were moved by the footage of soldiers in the trenches of World War 1.

Max earned a ‘good egg’ award by volunteering to be the Trennick representative on the Boarders’ Food Committee. Max and some of the other boarders met the Head Chef on Thursday after breakfast with Mr. Copeland who was very impressed with the sensible and mature way in which Max put forward some good suggestions. The key idea suggested was for boarders’ supper to include a healthy option, such as grilled fish and salad, and a hearty option, such as lasagne and vegetables.

On Friday evening the Lower Sixth boys were invited into Mr. and Mrs. Copeland’s flat and they enjoyed sampling some traditional British Christmas cake and mince pies. The stolen cake did not last long with the boarders from central Europe.

Alfie and Callum represented Cornwall at rugby and enjoyed playing Dorset & Witlshire on Saturday afternoon. Simon has been selected to represent Cornwall Under 17 hockey and played for Truro Men’s Club against Torquay – his team lost but Simon enjoyed the game and scored his team’s only goal.

On Saturday afternoon we took the boys go-karting. All enjoyed a first practice run in dry buy chilly conditions. By the time they had their second competitive run the track was slightly damp resulting a few spin-outs! Fastest lap driver of the day was Ilja, closely followed by Vince and Sammy. Sammy has now won the table-tennis and chess competitions and recorded a third in the go-karting!

The boys continue to make good use of the weights room and gym in the Sir Ben Ainslie Sports Centre. Leading the Shelterbox swim/bike/run/row challenge is Mr. Copeland but some boys complained that he had an unfair advantage by completing an 80km bike ride on his day off last weekend!

On Sunday evening the boys decorated the common room – we’re hoping to win the Christmas decoration competition but we expect fierce competition from the girls houses!