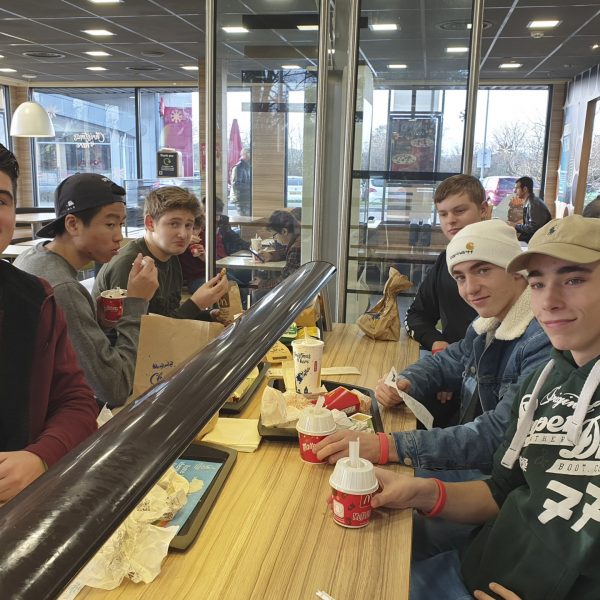 It has been an enjoyable weekend with the boys, with all the weekly boarders at home, Roman away fencing and Vlad visiting his guardians it has seemed a little quiet.

On Saturday, Simon continued his fine form for Truro hockey club, scoring yet another goal in a win. I enjoyed watching some of the game with several day students playing alongside Simon, the future of hockey looks bright!

Over the weekend the boys were challenged to contribute to the school’s fundraising for the charity shelterbox.  This charity is currently supporting victims of the earthquakes in Indonesia and the school are hoping to get pupils and staff to run, cycle, row or swim the 12000km distance between here and Indonesia. It was great to see some of the boys put in some good efforts this weekend, with Theon and Federico cycling an impressive 20km each in the gym!

On Saturday night we were lucky to watch the schools production of West Side Story, a project that Alex and Cam have been involved in for over a year. The final performance was an amazing show, with the boys really appreciating the quality of the singing, dancing and acting.

Sunday was a quiet day, brunch in the morning and a quick visit to McDonalds in the afternoon.  With McDonalds being outside of walking distance, this was a rare treat and Sammy certainly led the way in making the most of it. Obum led the singing in the bus on the way home, his Michael Jackson impression was very popular!

We had a quiet hour in the evening to ensure that all was ready for the week ahead.