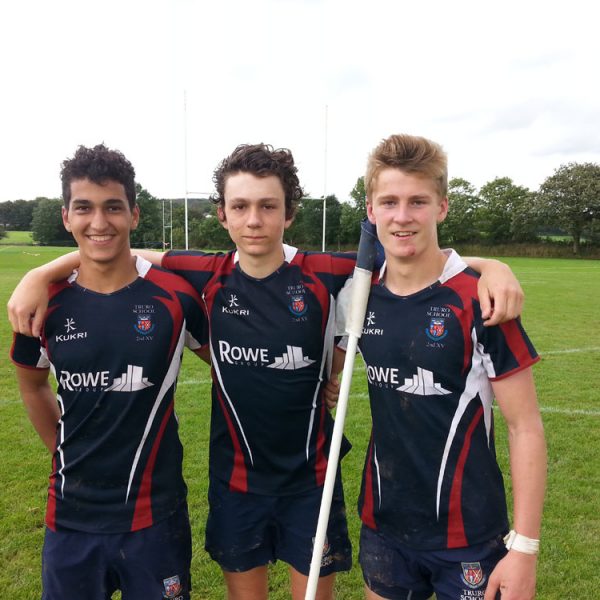 Another busy week for the Trennick students has flown by. On Tuesday the boys from the Upper Sixth tucked into a cream tea with freshly baked scones prepared by Mrs. Copeland. They are a very charming and personable group of boys whose company was enjoyed by the Copelands and Lawrences. There was much debate about cream first or jam first but Henry Balwill-Ruddick was able to demonstrate exceptional leadership skills and help Joshua Prior with the correct Cornish etiquette.

Ethan Graham made his debut for the school football 1st XI. According to reliable sources he played with distinction at left back. He is looking forward to the regular football term which starts in January.

On Wednesday evening the Sixth Form Open Evening was held in the Old Sports Hall. Many boys offered to help out on the Boarding stand – Darryl Afrifa was utterly charming to some potential girl boarders and Rory Heard gave a prospective students’ family a first class tour of Trennick. Several other boys were helping on other stands and their approachability and courtesy were exemplary.

The boarders’ basketball team played a match on Thursday evening against a team of teenagers with a varied range of learning difficulties. Abby Flowers, a day pupil, helps run the team who are in training for the special Olympics next August. They are hoping to play again in October and this is a very exciting project for our boarders to be involved in. Special thanks must go to Mr. Austin for taking the team.

Elections to the House Council took place during the week. Darryl Affrifa will represent the Upper Sixth, Alec Sharbatian and Ethan Graham the Lower Sixth and Jay Osborne the 5th Year. They will be joined on the House Council by the Head of House, Henry Balkwill-Ruddick and the two Deputy Heads of House, Alan Choy and Hector Chiu.  It is hoped that the boys will be able to contribute to the development of the house and also learn how to lead and operate in formal meetings.

We all wished Henry Williams a happy 17th birthday on Friday. Because Henry is a weekly boarder he was given his cake at 8am roll call. Despite the early hour Henry and his friends managed to quickly polish off the cake.

Jay Osborne and Chris Keung very kindly gave some former pupils a tour of the school on Saturday afternoon. They patiently listened to the many stories of the former pupils of the 1950s while taking them around the latest additions to the school such as the truly outstanding Sir Ben Ainslie Sports Centre. Jay and Chris received glowing platitudes from the former pupils who truly appreciated their time.

On Saturday afternoon seven Trennick boys took on Blundell’s school at rugby. Henry Williams and Rory Heard were seen making decisive breaks on the wings for the 1stXV, Rowan Ibbotsan and Joshua Prior were manning the defenses heroically for the 2nd XV, and Callum Penry, Fahed Alothman and Alfie Burns were part of a victorious U16 team.

Sunday saw the house travel to Killiow golf course near Truro to play some footgolf. It was a beautiful afternoon and a beautiful setting. If only the same could be said for the boys’ skills at footgolf! It was a highly enjoyable activity and great to get out of the house and off the school campus. Andrey Zhukov, Jay Osborne, Sammy Dorn and Dom Dolotovas even managed a full eighteen holes. The range of Sunday activities is a real strength of the boarding programme and once again the boys’ behaviour and enthusiasm was second to none. The afternoon rounded off a busy but fantastic week in which the boys demonstrated their maturity, positivity and courtesy time and time again. 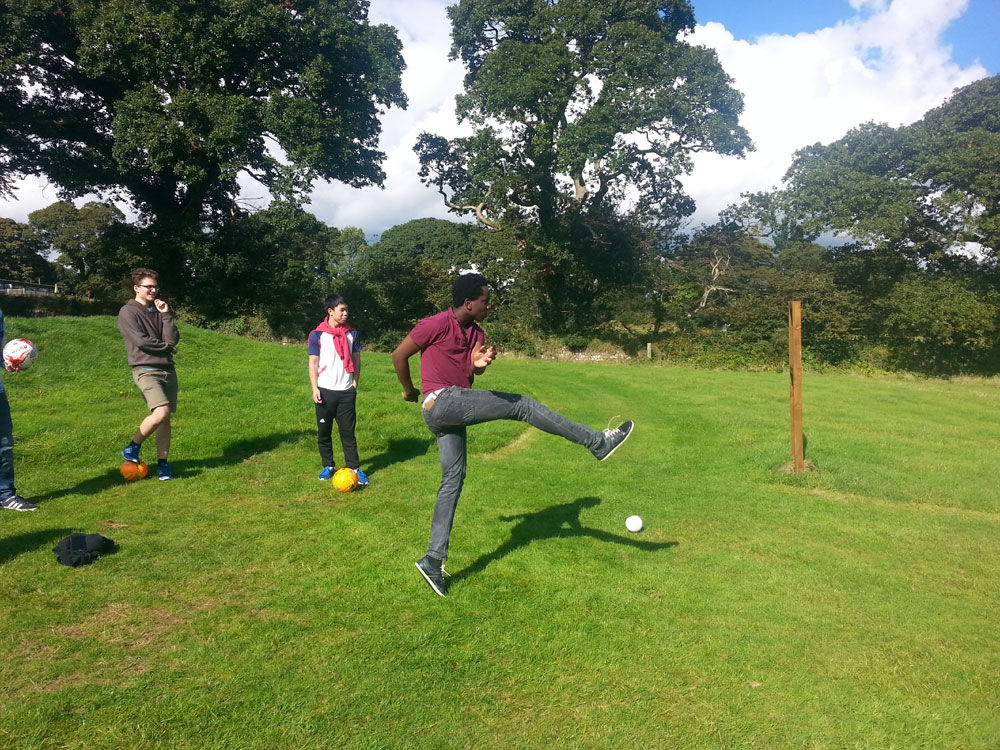 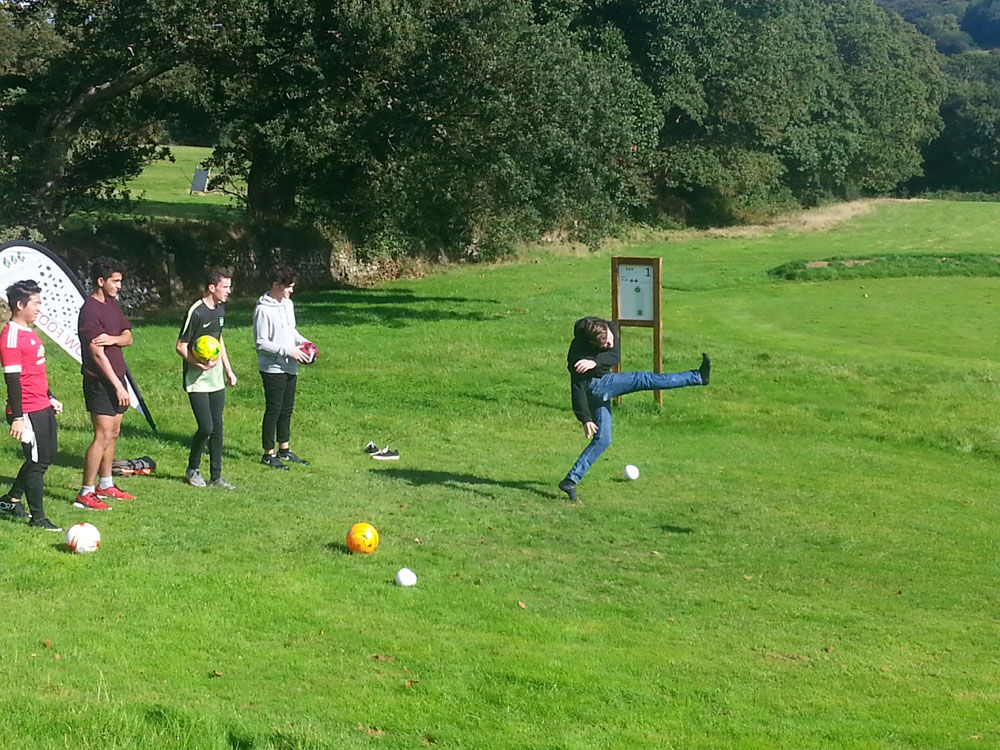 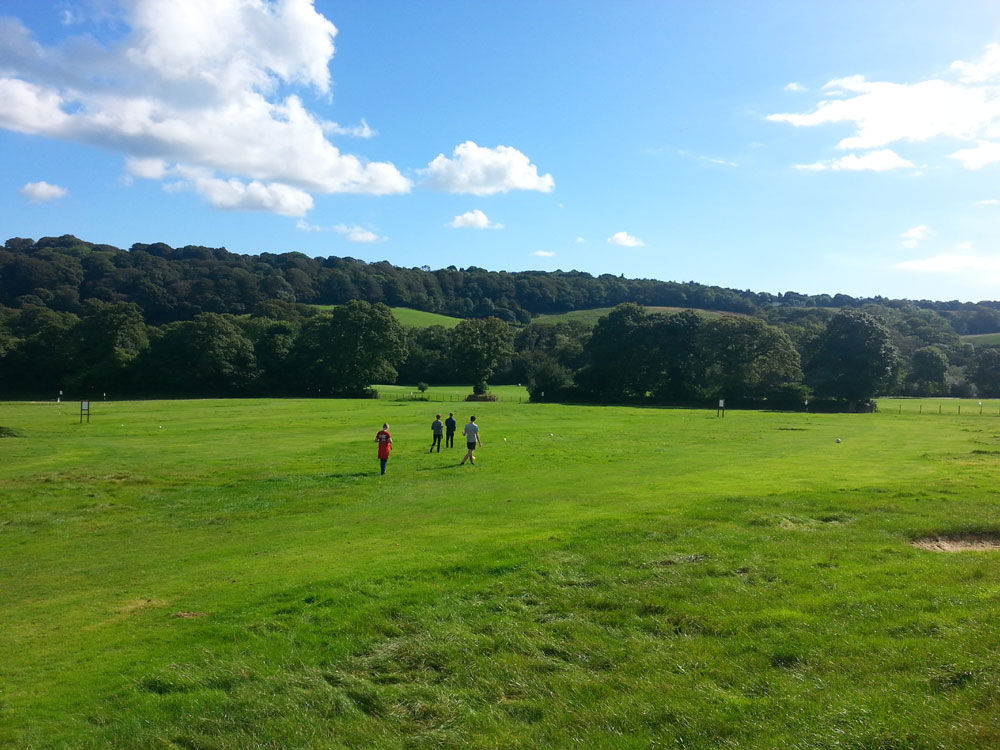