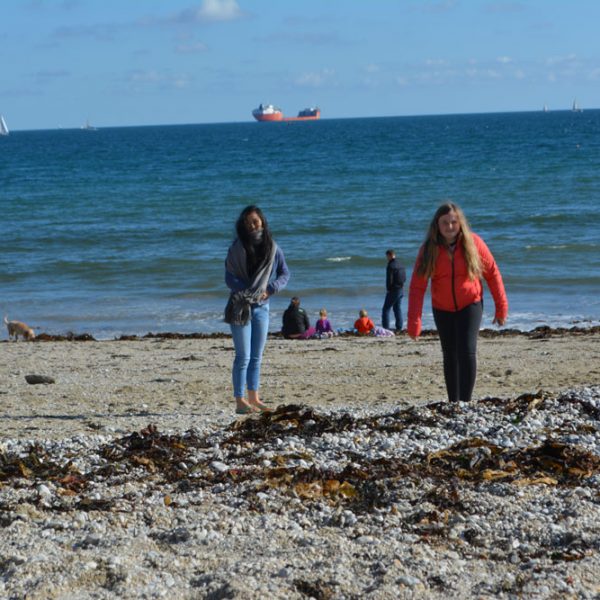 I cannot believe I am sitting writing the fifth blog of the year. And in October!!! Where did September go?

This week has been yet another busy week for the girls in Pentreve and this weekend’s promise of some relaxation and pampering was much looked forward to.

The weekend started early for Cherry, who was up and out of the door by 5.45am on Friday morning, when she boarded the school coach bound for London and the annual Art Trip with Mr Meads and Mrs Cucknell. For everyone else the weekend began at 3.45pm on Friday afternoon; Fiddler on the Roof rehearsals and badminton kept Anson and Tung busy until supper. Helena was involved in the Cathedral Concert and Caroline and Lena went to the gym for a workout. For Amy, Anne, Stephanie, Sophie and Victoria the house facilities were enjoyed and town was visited. Supper was eaten and then the girls knuckled down to complete some prep in the house. After prep the girls did their own thing; some went to the SBA for more badminton whilst others made the most of the table football and pool tables in the games room. Lena and Caroline ventured further afield and spent some time up at Trennick House after a trip to Tesco’s for ‘candy’ goodies. Later nights were enjoyed and the girls went to bed looking forward to a lie in and the ‘make up session’ that was organised for the following day.

On Saturday morning and with temperatures notably colder the girls trekked up to the dining hall for brunch. At 1 o clock we made our way over to Malvern House (the senior girls’ house) for a skincare and makeup tutorial. The girls were walked through the Arbonne skincare range, they tried the products and one or two of them were ‘made up’ so to speak. A lot of fun was had experimenting with the products and one or two purchases were made also… 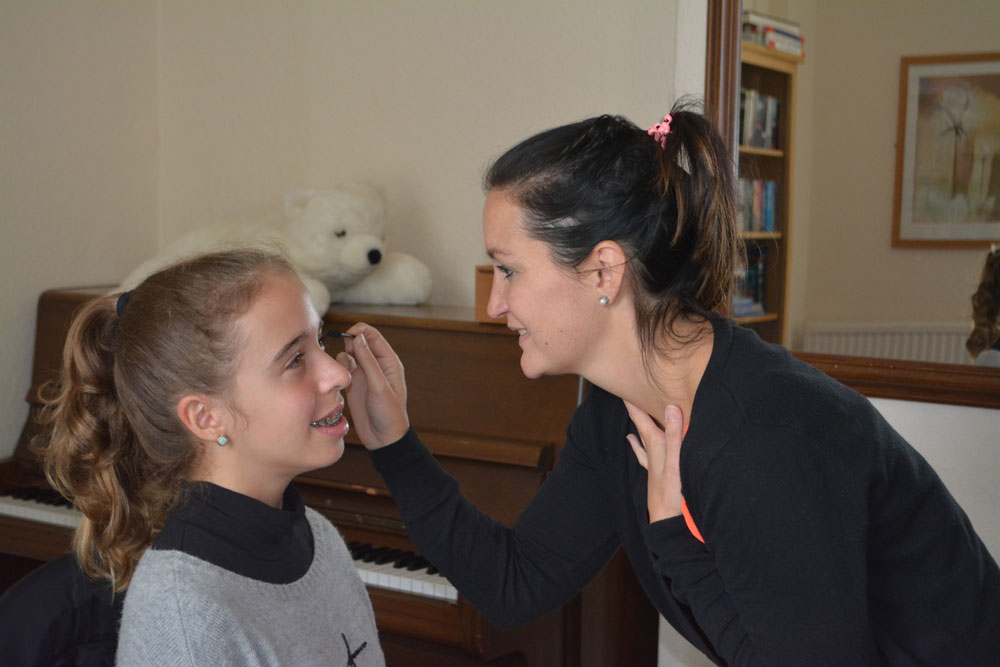 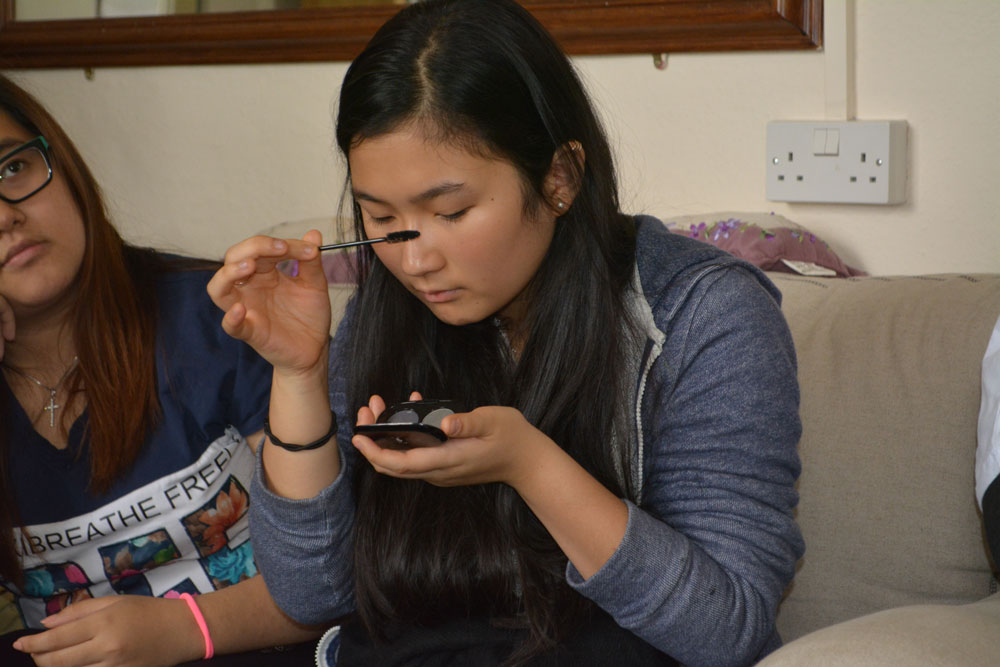 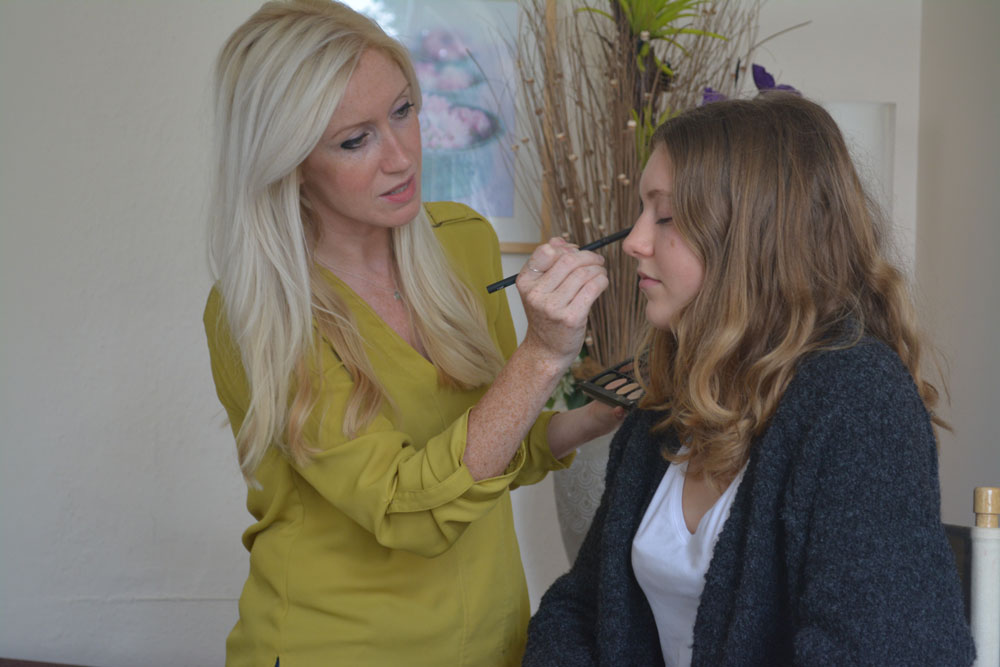 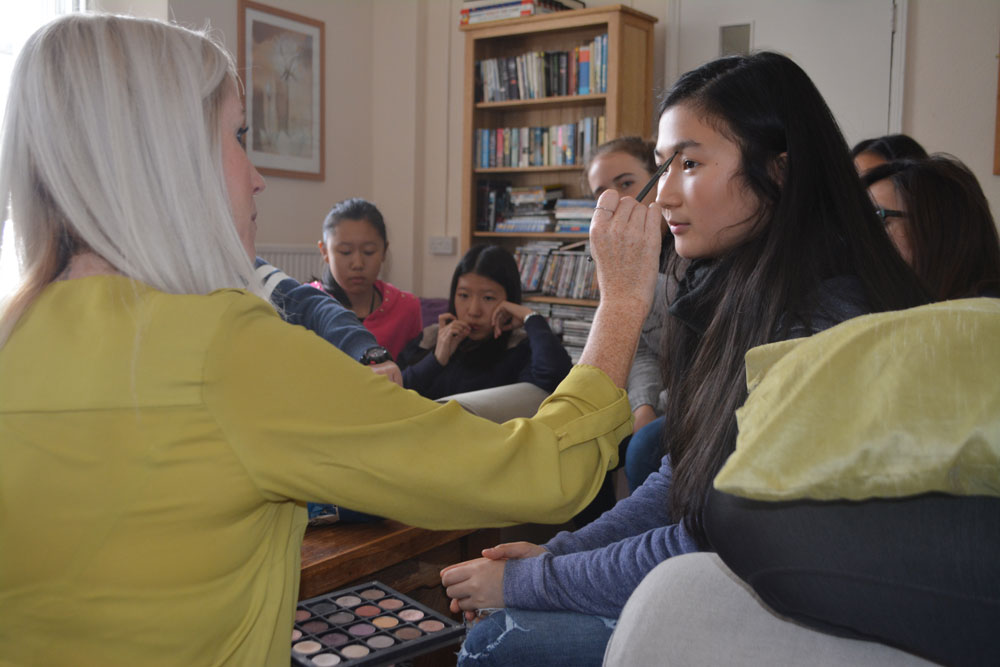 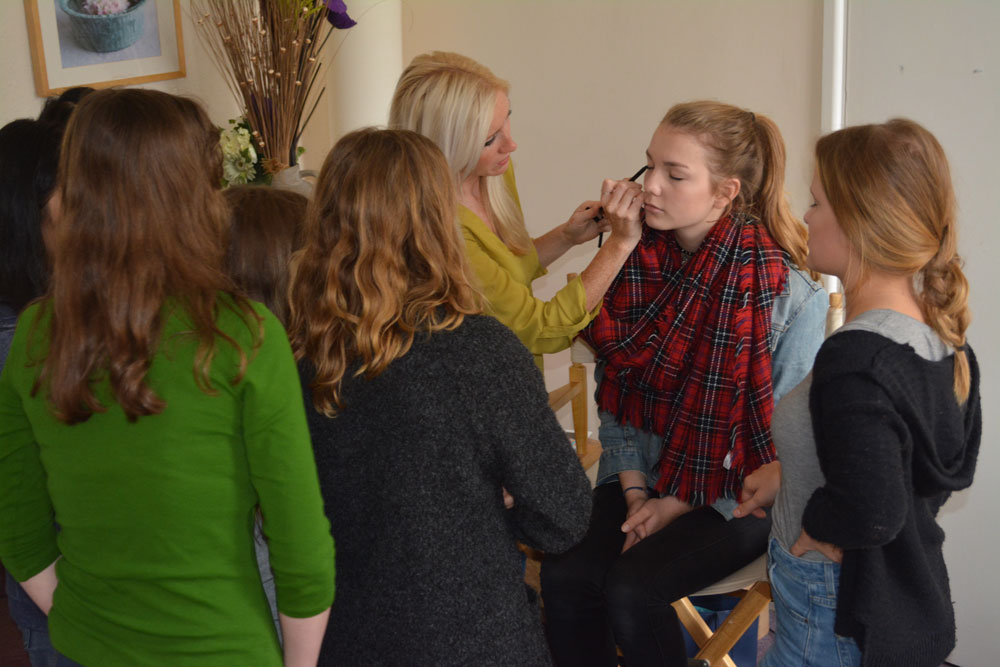 After the makeup session it was an X Factor catch-up and general chilling out. A hearty supper was enjoyed and then it was back to the house. Lena and Caroline joined Toni and some of the boys from Trennick for bowling in town and the rest of the girls spent the evening watching Strictly Come Dancing and eating ICE CREAM!!! This week, and in contrast to the seven pizzas that they devoured during my last weekend duty two weeks ago, we opted for a Ben and Jerry’s Fest in the common room. Cookie Core, What-a-lotta-Chocolate, Chocolate Fudge Brownie and Save our Swirls flavours were all sampled and enjoyed…there was little left of the six tubs an hour or two later!

On Sunday morning we were greeted with some lovely weather and so after brunch we loaded the minibuses and headed to Swanpool Beach in Falmouth. Fresh air and some toe curlingly cold paddling in the shallows, for those brave enough, made for a lovely couple of hours out and away from the school site. Helena even joined forces with Poppy to create a sand ‘temple’. Swanpool is a Mulready family favourite…why you ask? The special ice creams of course…who can say no to a cone filled with cornish, clotted cream smoothered, vanilla ice cream with a choice of amazing sweet/chocolate toppings? The girls aggreed it would be rude not to partake and they all took their time pawing the menu before making their final selections. It is safe to say we all felt unsurprisingly sick on the journey home.

Once home the girls had an hour or so to relax before the Sunday evening supper, prep, laundry and bag tidying and getting ready for the week ahead commenced.

Next week, and to conicide with the Macmillan charity coffee mornings, we have our own Great Boarding Bake Off planned. Tonight the girls decided on their teams and I am looking forward to hearing what type of sweet or savoury delight they have chosen to make as their offering. The school Bursar, the Deputy Head and the Chaplin are all set to judge and I am really hoping that it is a Pentreve entry that is crowned the 2016-2017 Great Boarding Bake Off Champion…I am not in the least bit competitive but I will be spending the week secretly stalking the judges, subtely trying to find out what their favourite cakes are! After the competition the cakes will be sold off at break time and all proceeds will go to Macmillan.

Next weekend would ordinarily be Miss Hope’s duty weekend but some swapping has occurred and I will be covering the Sunday activity day…pottery making with the senior girls had been planned but flooding means the venue is closed!

Make sure you read next week’s blog to find out what the girls did instead. 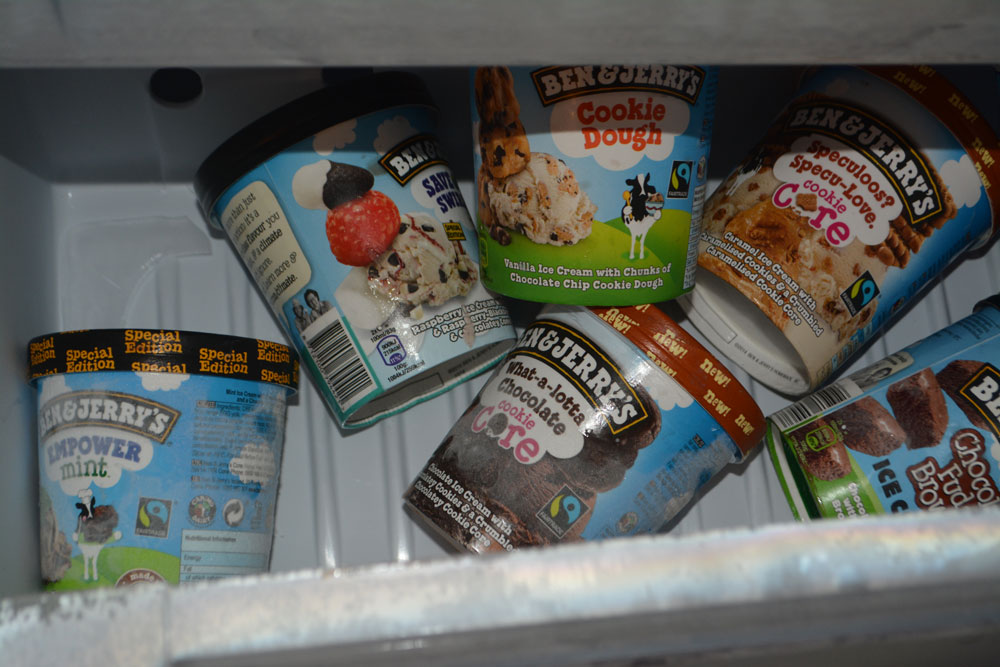 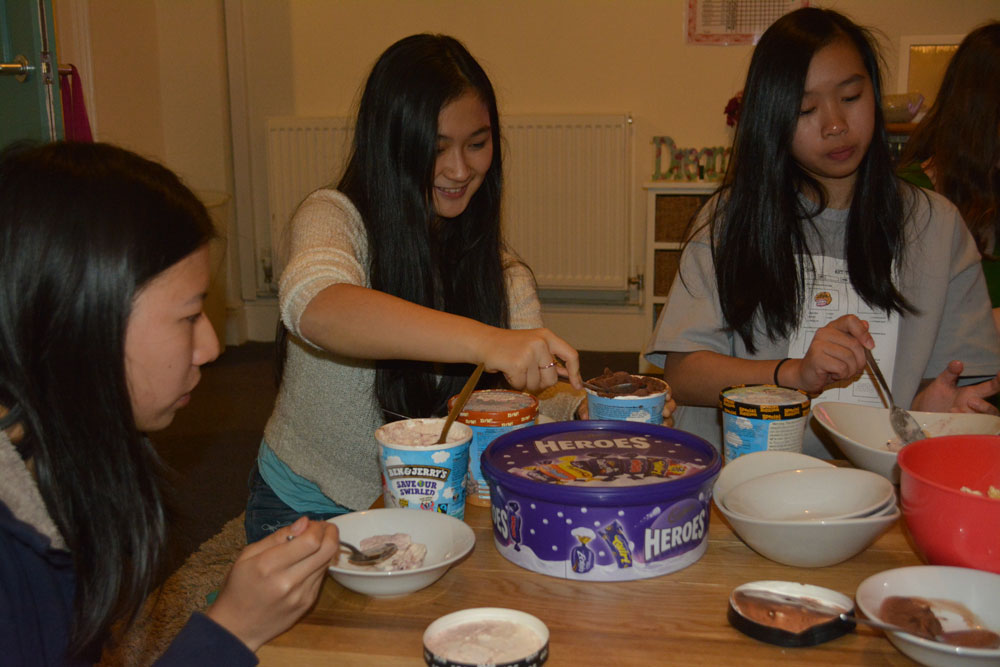 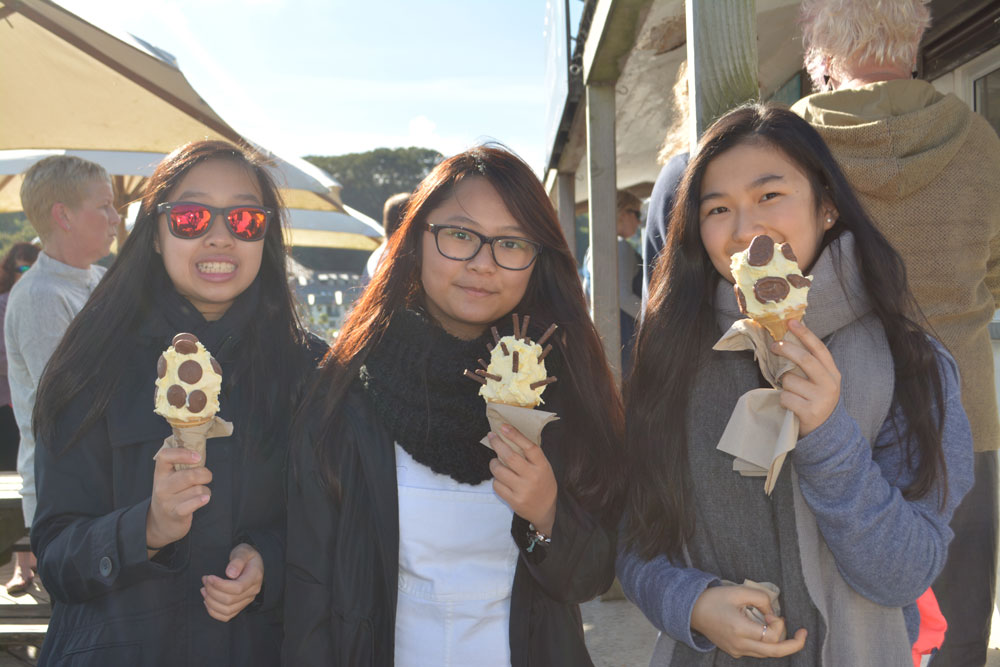 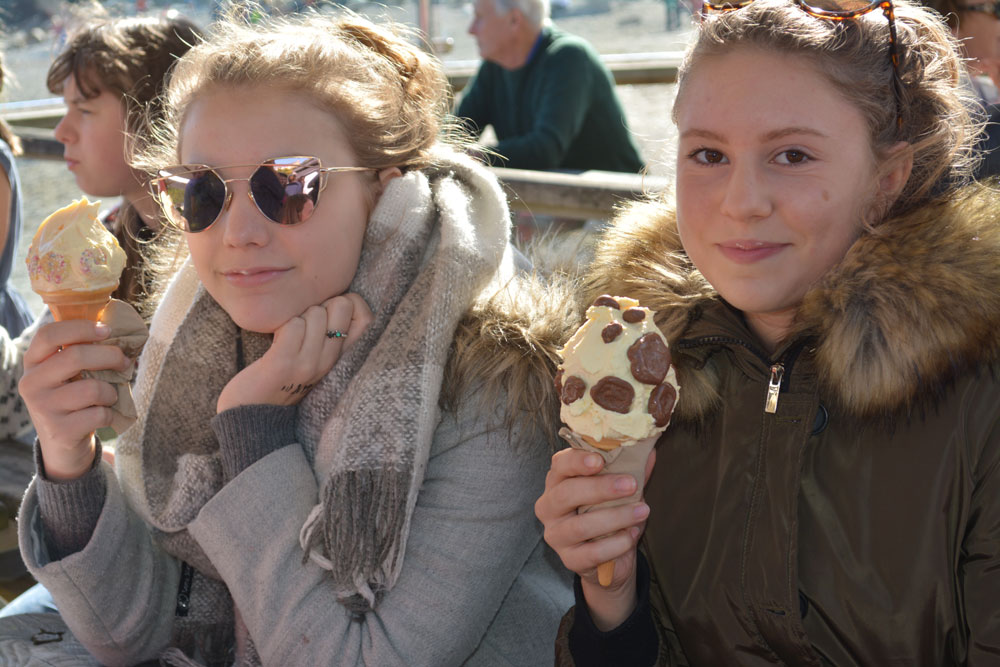