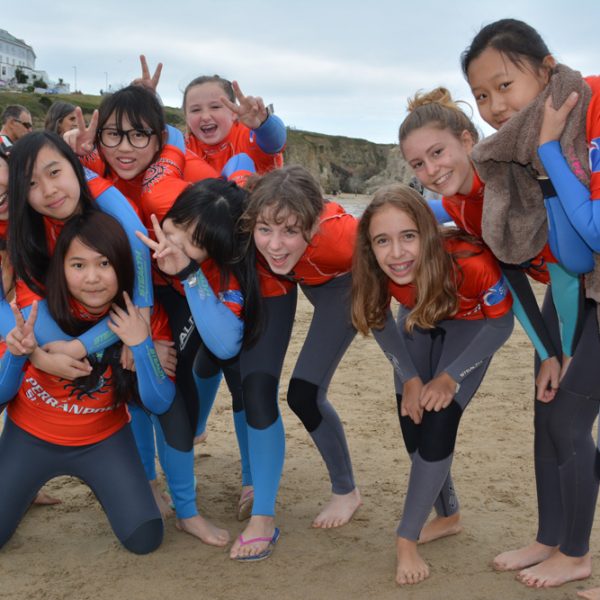 And here it is…the third Pentreve House blog of the year! Quite how we have arrived at yet another weekend I am not sure but it does feel good to have experienced both week A and week B of the new two week timetable.

This week Pentreve hosted a couple of extra faces. Our regular, 1st year flexi boarder, and likely soon to be weekly boarder, Lucy, joined us for three nights midweek and it was a pleasure to welcome Sophie and Poppy to the house also.

The second week of the academic year proved a busy one and the girls have certainly been making the most of all there is to offer. Clubs have been joined, Fiddler on the Roof, this terms full school play, rehearsals have begun and the much debated and agonised over Wednesday afternoon enrichment programme is now in full swing. With a multitude of activities on offer the girls were spoilt for choice and it has been great to hear all about their, horse riding, sailing and fencing (to name but a few), adventures this week. On Tuesday evening the house was unusually quiet with Anson, Stephanie, Helena, Amy, Anne and Victoria away at the Minack Theatre. Whilst the thunder and lightning tried it’s best to dampen the proceedings for this trip the girls were all raving about the Crucible upon their 1 o clock in the morning…yawn…return.

The weekend quickly came about and the girls were happy to kick back and relax from 3.45pm on Friday. After supper Victoria, Tung, Anson, Stephanie and Cherry joined the rest of the Hong Kong and Chinese boarders to celebrate the ‘Mid-Autumn Festival’. Copious amounts of Chinese food was ordered from town and the girls and boys enjoyed each other’s company whilst celebrating.

For the rest of the girls some prep was completed and then the facilities in the Sir Ben Ainslie Sports Centre were enjoyed. Later bed times were taken advantage of and the girls went to bed anticipating a later morning wake up call.

On Saturday morning the girls enjoyed a lie in before a hearty brunch in the dining hall. Helena attended a wedding at the Cathedral and the rest of the day was to be a free day for all. Town was visited and some boys from Trennick and Poltisco visited for table tennis, pool and movie watching. On Saturday evening and to mark the first (and second) of the Pentreve birthday’s, with Cherry turning 16 and Tung 15 on the same day(!), we headed off as a house for some dinner at Xen Noddle Bar in town. Party hats were donned, badges were worn with pride and a lot of laughter ensued; it was great to see the girls socialising and enjoying each other’s company…A LOT of food was consumed too. 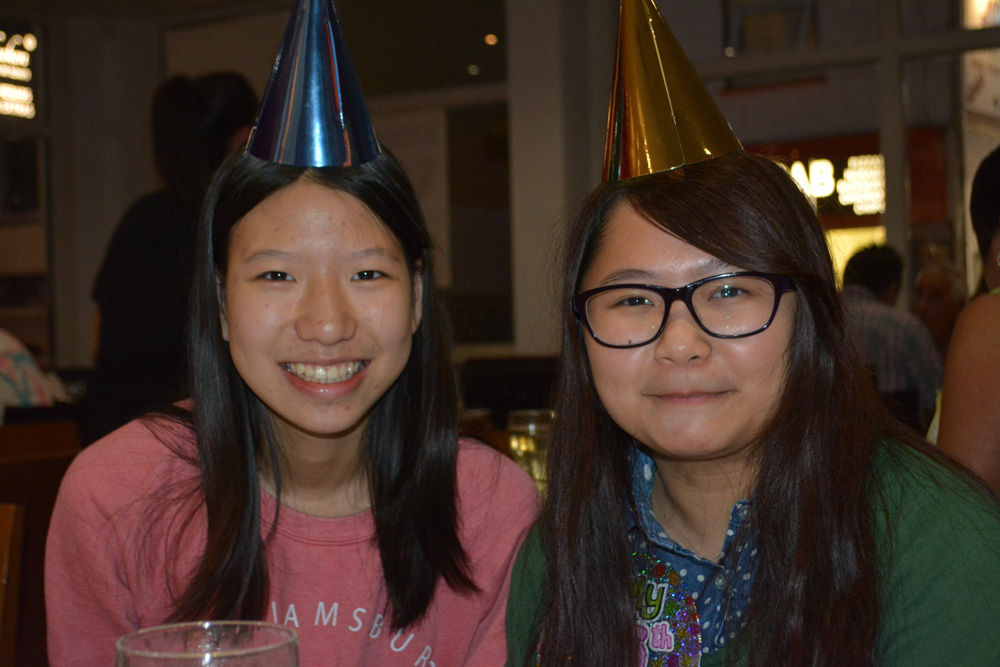 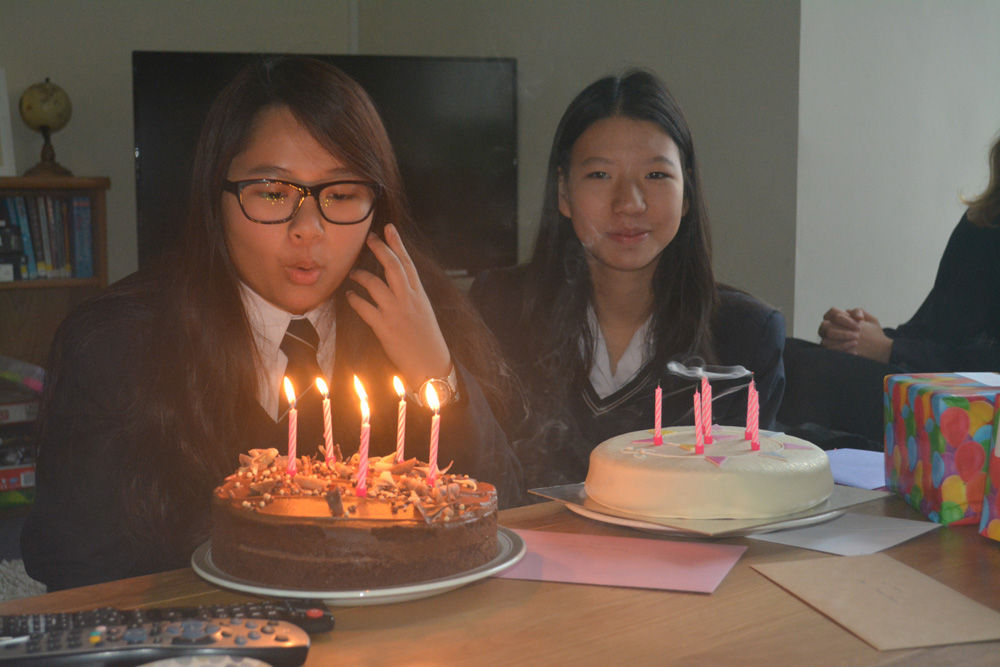 After eating our fill, which included banana boats, apple and banana fritters and ice cream, we headed for home with our beds calling.

On Sunday morning we pulled back the window blinds with our fingers firmly crossed for the whole boarding community as a surfing trip to Perranporth beach was our destination after brunch. Luckily the cloudy but in some places blue sky was waiting to greet us. After a big brunch we boarded the minibuses for Perranporth and an afternoon of surfing was enjoyed. The wetsuit clad girls learnt a few moves and can now say that yes, they have been to Cornwall and that yes, they have surfed!!

After a warming supper of pasta, trout and prawns and pizza, it was the usual Sunday evening chores. Homework was completed, bags were packed and laundry and rooms were sorted before earlier bed times in preparation for a busy week of lessons ahead.

Not everyone went to bed though…whilst the girls slept Mr Mulready and I excitedly decorated and wrapped presents for the two Monday morning birthday girls, Cherry and Tung.

Renditions of happy birthday filled the common room this morning and the girls enjoyed opening their presents before breakfast…I am sure these cakes won’t last long when the girls return from school later today though!

Make sure you log in for Miss Hope’s blog next weekend…it is either horse riding or pottery making I believe. 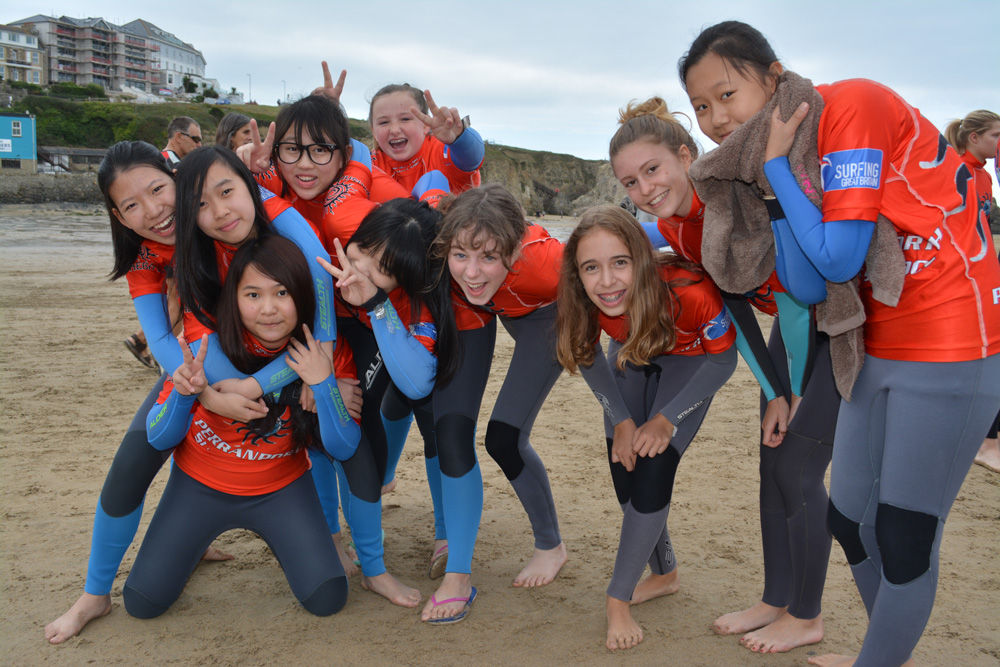 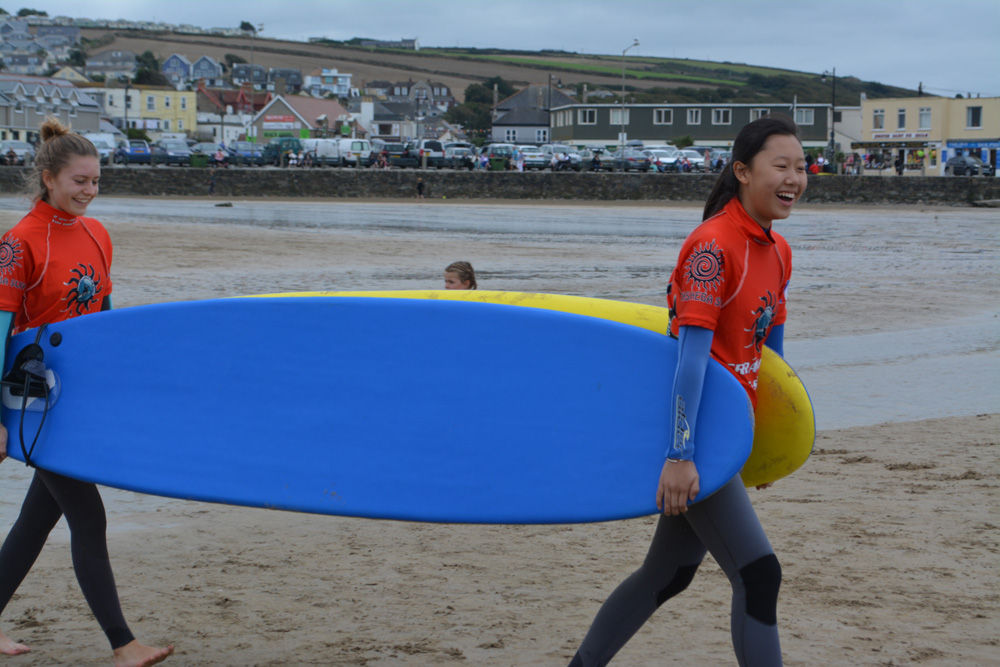 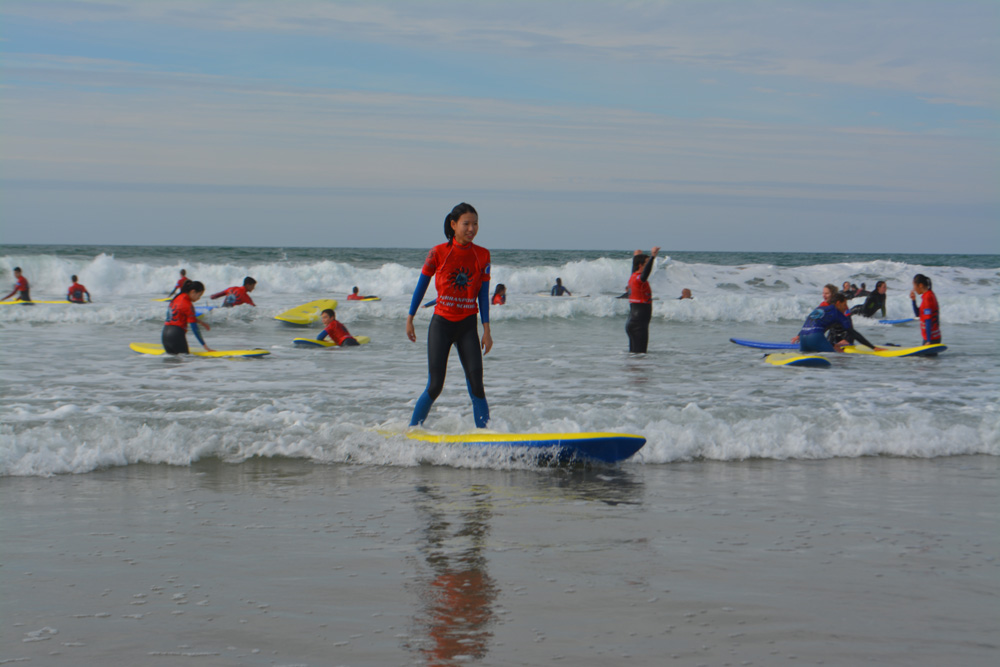 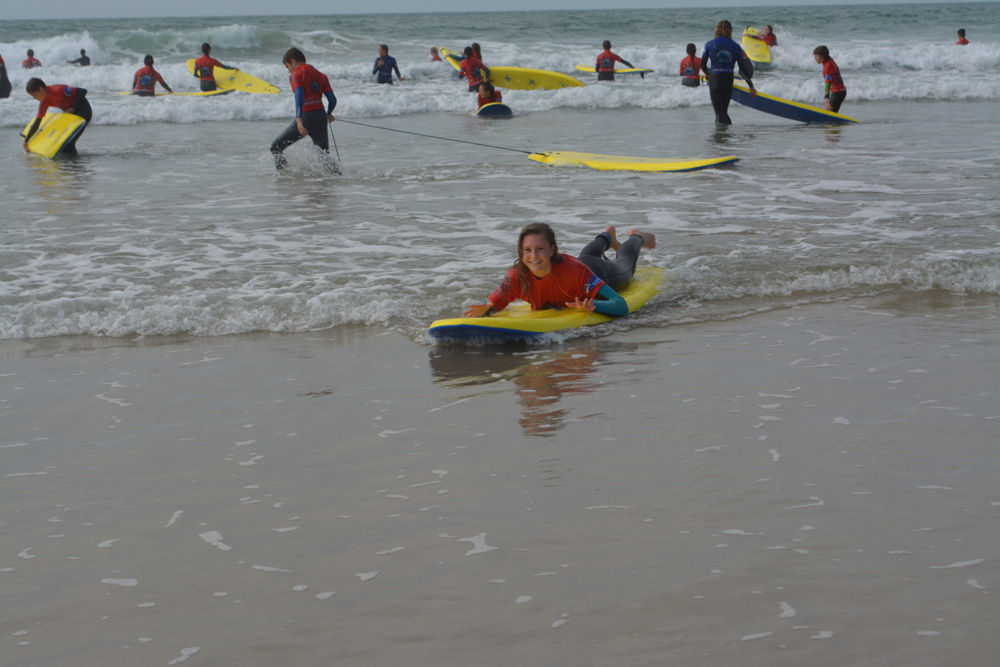