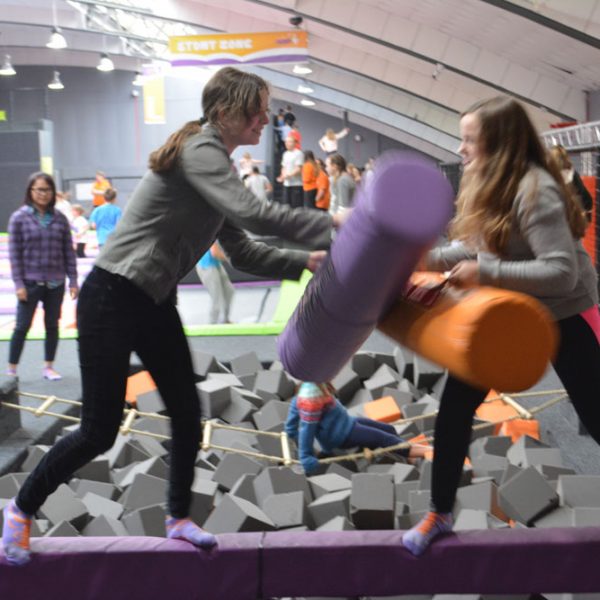 Happy New Year! The girls all arrived back safely on Wednesday evening and it was lovely to have the house filled with noise once again.

Whilst I obviously love the holidays and the Christmas break in particular, I do miss the girls when they aren’t here; their early morning groans and grunts as I try to wake them for school, their high pitched, blood curdling screams when they find a spider (!) in their room and their singing in the shower has been noticeably absent so it was good to have the house busy and bursting with laughter and excitement once again.

This term we welcome a new face to the boarding house; Paula is from Germany and we hope she has a great term with us; the girls have embraced her and I know they will look after her and absorb her into the Pentreve family.

On Thursday morning the girls, who were in some cases very weary from their travels, dusted off their blazers and made their way up to breakfast like they had never been away. The whole school came together for the beginning of term service at the Methodist Church in town and then normal lessons resumed after break.

The Rev spoke of fresh starts and New Year’s resolutions and this got me thinking…had the girls made any promises to themselves for 2017? When I asked them….GET FIT was the response! How have they been getting on in the early days you may ask…well the Common Room has become an exercise room it seems, planks, sit ups, leg raises, you name it, and they have been doing it!

Inspired by the girl’s efforts, and feeling that I should probably lead from the front, I have joined them in their pursuit of fitness and entered a half marathon during the February half term….so far, three runs in, I am regretting it already! Anyway back to school…

The three day week has flown by and we find ourselves in full teaching and learning mode once again. For the 5th years, mock examination papers and results have been given back and for the younger girls in the house the usual routines have been re-established.

Friday night quickly came about. After supper the girls completed an hour of prep and then made use of the gym, the sport’s hall and the house facilities. Caroline and Lena popped into town for some food with Antonia and all the girls enjoyed the later bedtimes.

On Saturday morning after a lie in we headed up the hill to brunch. The rest of the day was to be a free day for all. Amy, Victoria, Cherry, Tung, Anson and Stephanie all went the gym early on and then town and Tesco’s were visited.

In the evening the Mulready kitchen, which had been stood rather redundant for the last couple of weeks, was put into use with pizza’s, BBQ chicken wings and nachos being this week’s requests. The obligatory cucumber, lettuce and dips accompanied these and the girls settled in for a night in front of the television.

On Sunday, Anson and Helena were up early for church and morning service at the Cathedral respectively whilst the other girls enjoyed a longer lie in. After brunch and excited for the weekend’s main activity, the girls boarded the mini bus; Redruth and the new trampoline park, Jump 4, was our destination. Safety talks were listened to, special gripped socks were put on, and then the fun begun! With 60 trampolines wall to wall, an hour of bouncing was enjoyed; I even managed, between bounces, to get some brilliant ‘action’ photos that capture the hilarity perfectly. 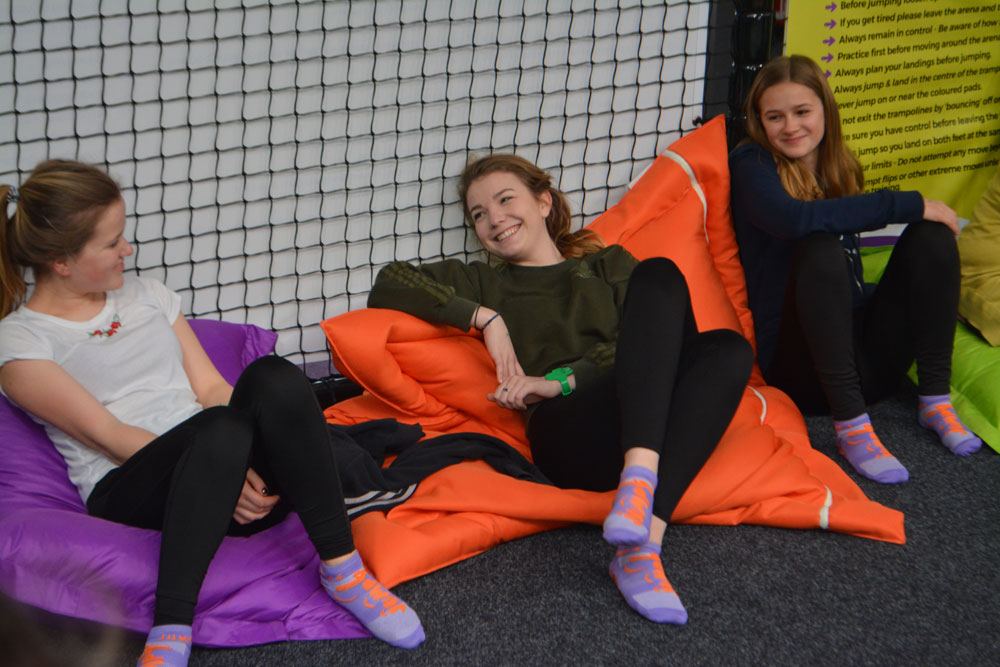 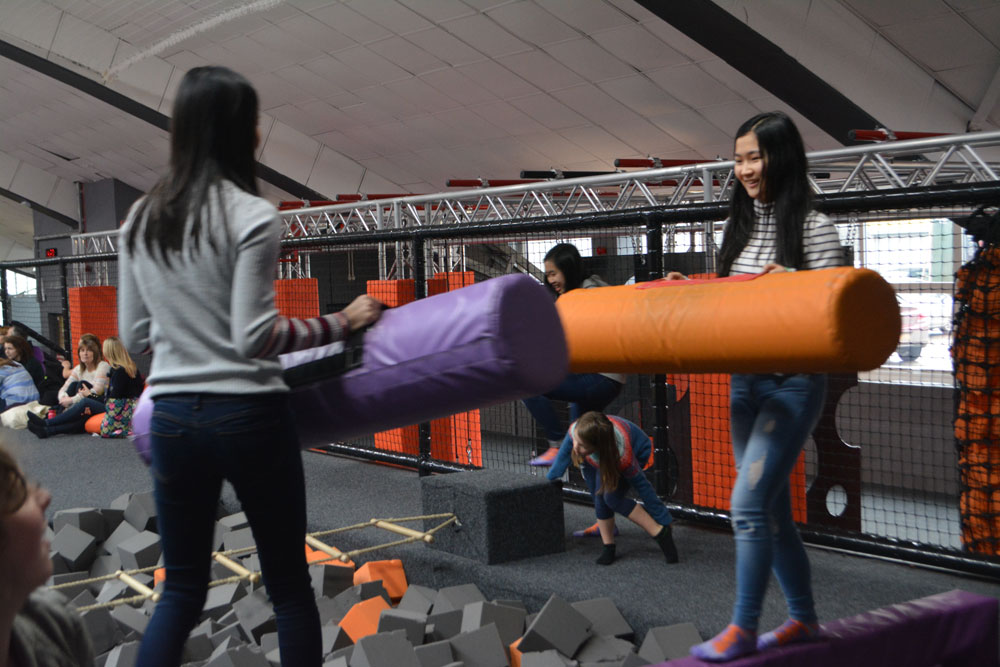 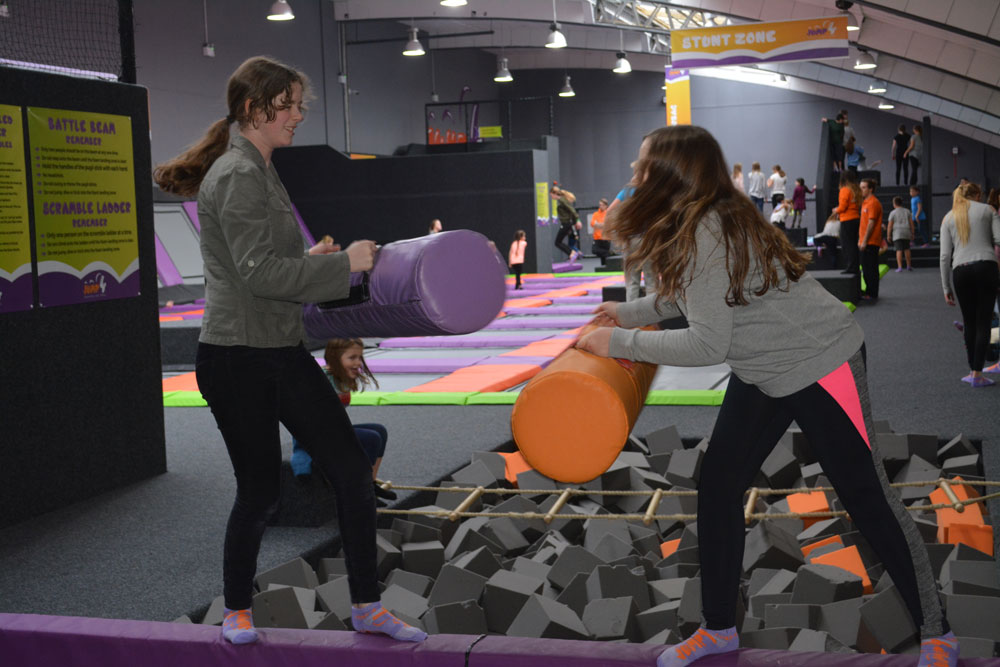 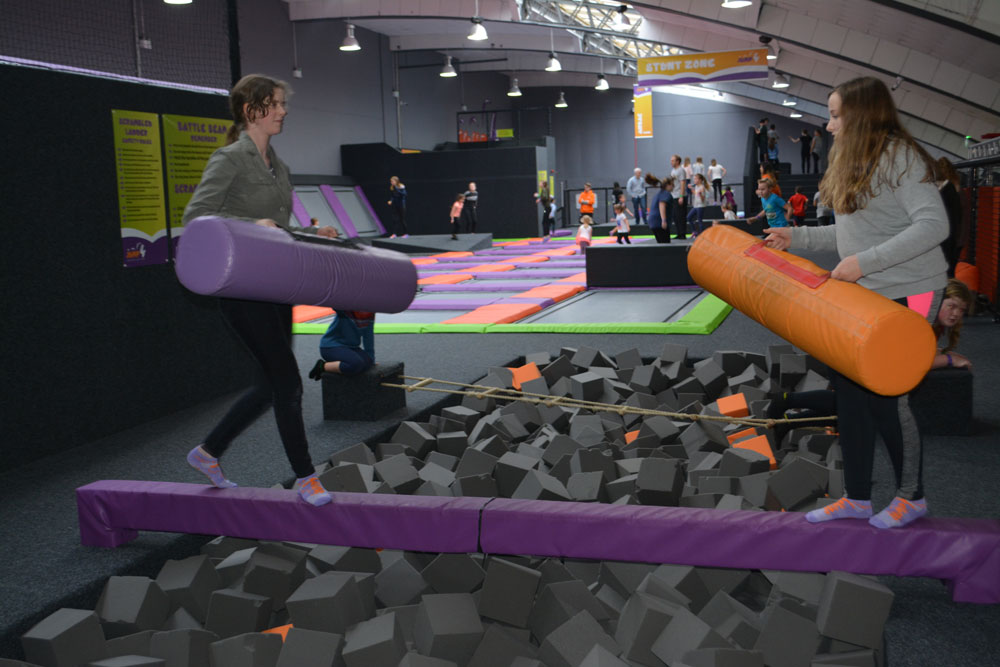 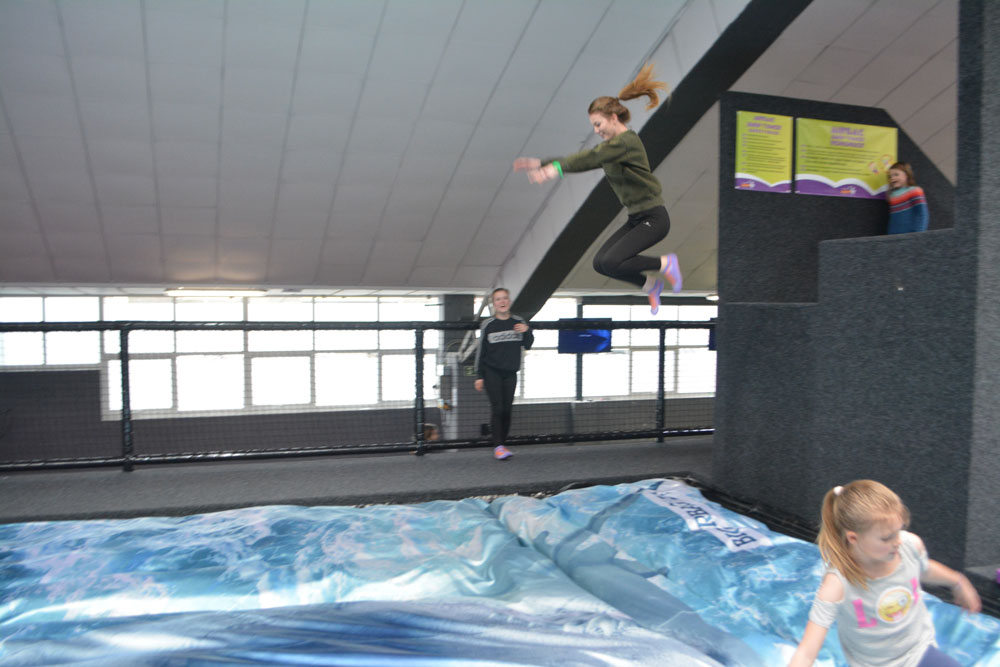 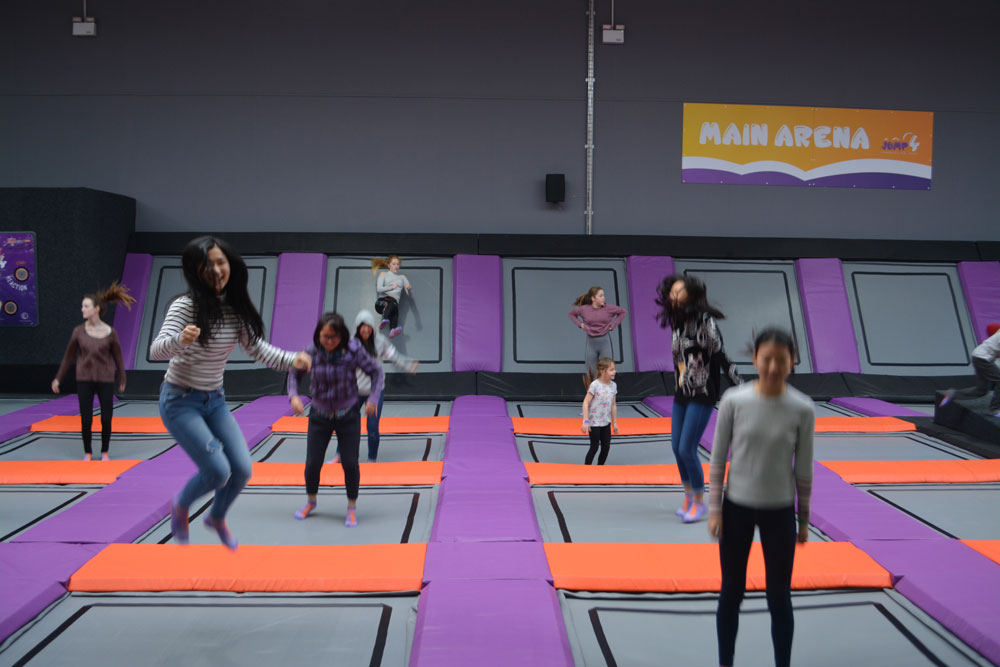 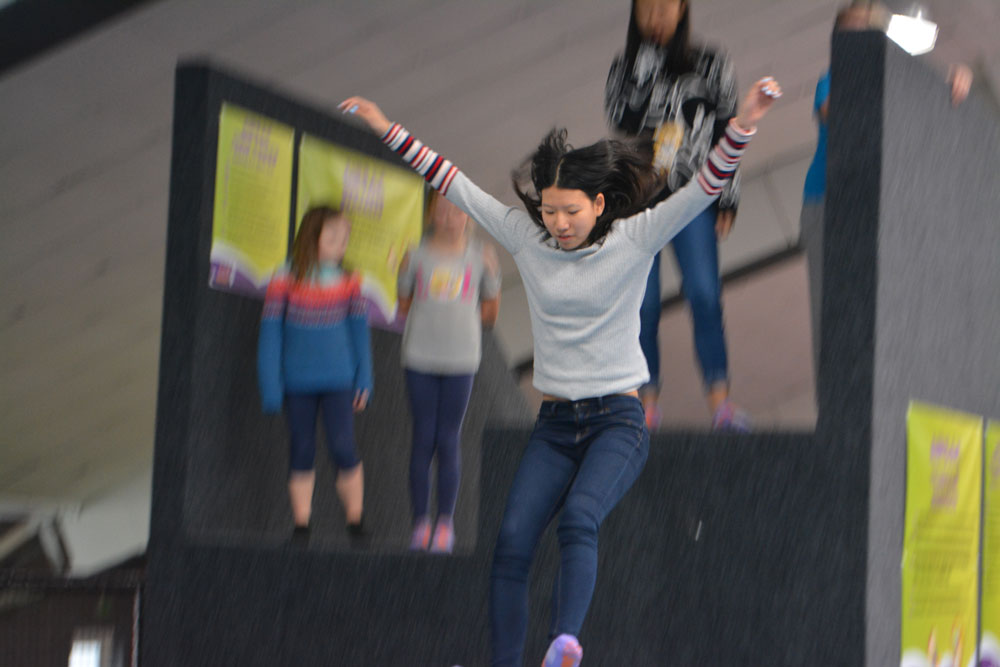 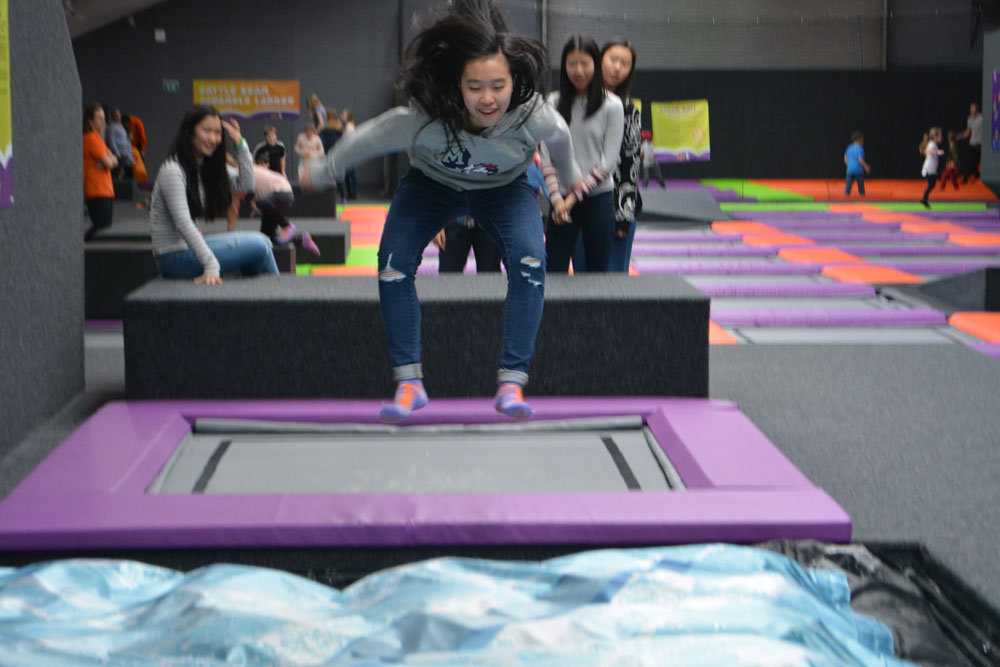 Upon our return the girls had an hour before supper, showers were taken and then we headed up the hill to the dining hall for a stew dinner. Sunday evening has been quiet with laundry, homework, school bag packing and preparation for the week ahead the main focuses.

Next week, after school clubs and Wednesday afternoon activities will resume and I am looking forward to hearing which activities and which clubs the girls choose to partake in this term; the variety on offer is quite incredible and we will be encouraging the girls to make the most of all the opportunities on offer. With the days getting longer and the hours of sunlight increasing the girls will hopefully be enticed outside a little more.

Make sure you log in for next week’s blog too; Miss Hope is taking the girls back to Paint a Pot in Looe, an activity they thoroughly enjoyed last term. I wonder what masterpieces will be created during round two?

The week after sees a new arrival in the house…Winston the Dalmatian puppy comes to live with us on Thursday 19th January. The girls, both little and big, were all shrieking with excitement when I told them this weekend, and with this cute picture I don’t blame them! 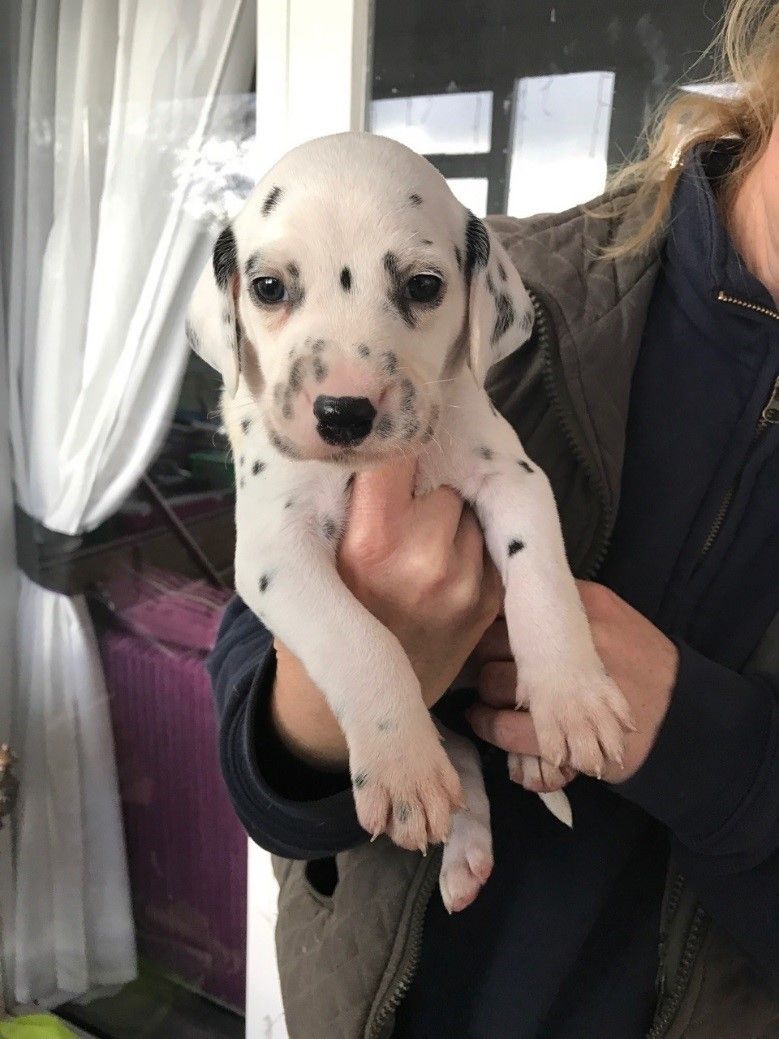