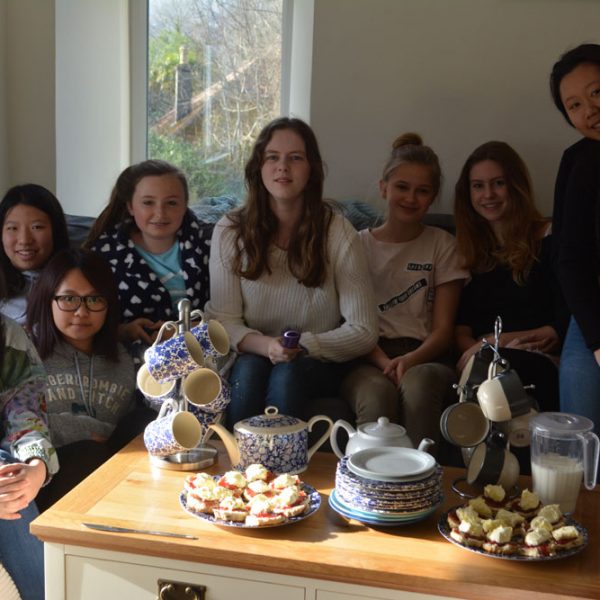 This week has been a busy one once again.

On Tuesday, Shrove Tuesday in fact, the girls enjoyed a feast of pancakes in the dining hall and then we went, as a house, to support the Junior Charity Concert in the Burrell Theatre. Each year the bar is raised and Tuesday’s concert was no exception with the vast and varying talents of our 1st – 5th year students showcased in all its glory. Truro School is well known for its musical prowess and concert extravaganza’s but this concert, in particular, strikes a chord (sorry – no pun intended) with me as the whole shebang, right through from organising, advertising, compering and the technical bits behind the scenes are completely student led. This, together with all the proceeds going to charity, make these concerts a highlight of the year for many. The girls enjoyed watching their peers and I am hoping that maybe, inspired by this year’s concert, there might be a Pentreve representative or two next time.

On Wednesday we welcomed Mckayla back to the house and Miss Hargreaves delivered her PSHEE session on the topic of Organisation and Time Management to the whole boarding community. Caroline and Helena had vested interest in the Senior Charity Concert and so attended the Burrell Theatre for the second night in a row whilst everyone else completed prep in the library.

The weekend and Friday quickly came about and the girls were pleased to down tools and change out of their uniforms at 4pm. Anson and Paula headed to the train station having been invited to Daisy’s, a friend from their tutor group, house for a sleepover, and Lucy left for the weekend. A supper of Thai red curry or tomato pasta bake was enjoyed and then the girls completed an hour of prep in the house before most hit the gym. Later weekend bedtimes were enjoyed and the house fell quiet somewhere around 11pm.

On Saturday afternoon, and with a change in tradition, the main activity took place. Always looking to increase and broaden the skills set that the boarders acquire whilst with us, a local St Johns Ambulance trainer came in to school to teach the basics of first aid. The two and a half hour session which covered the primary survey, recovery position, resuscitation, how to deal with severe bleeding, choking and spotting/treating the symptoms of shock was both informative and enjoyable. The girls, as always, threw themselves into it…the pictures below speak for themselves. 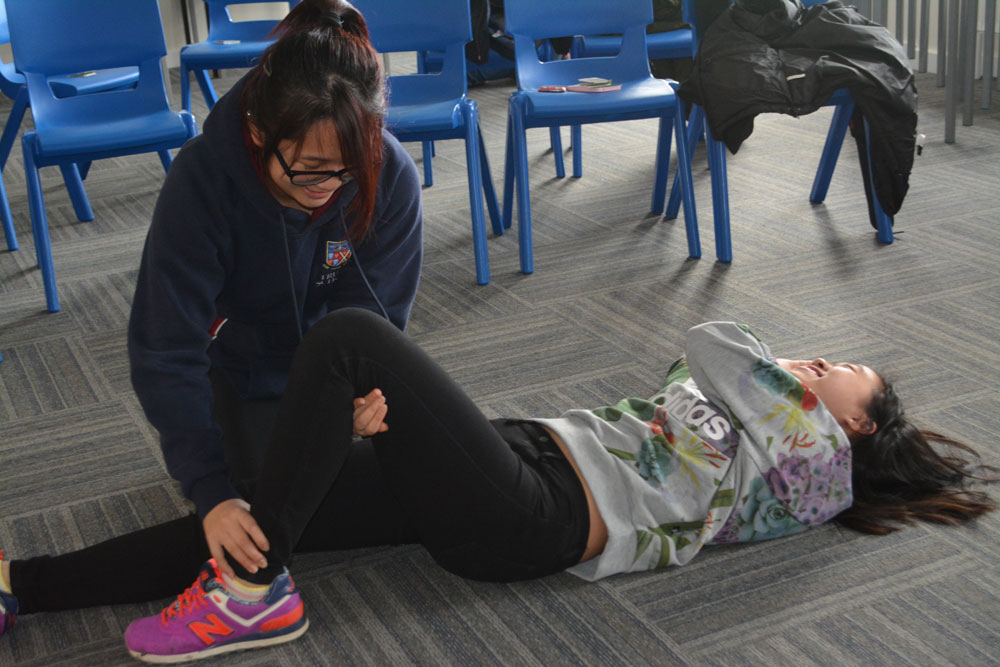 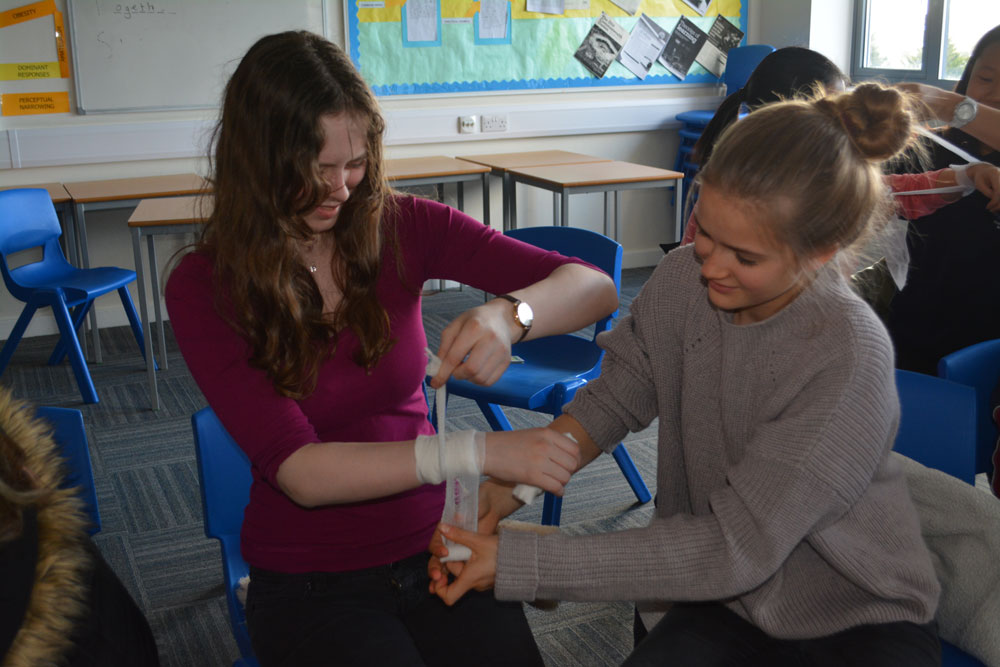 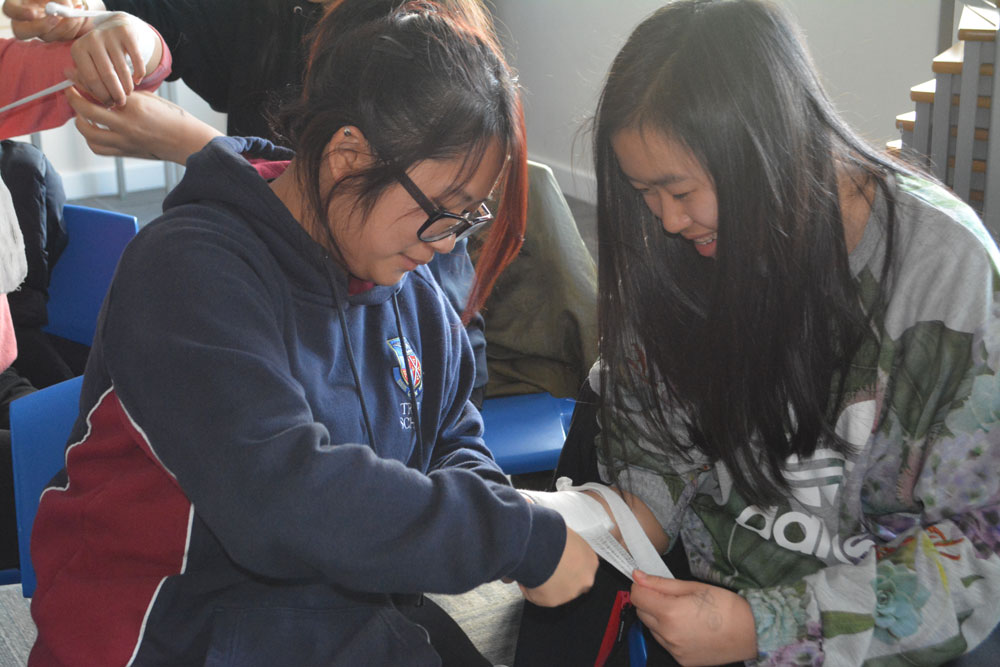 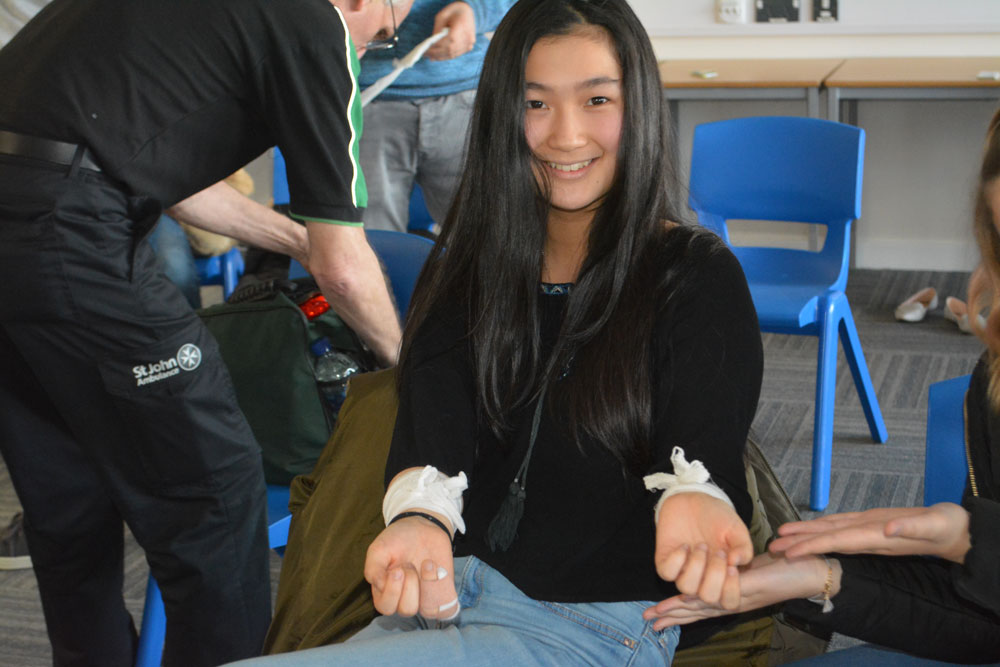 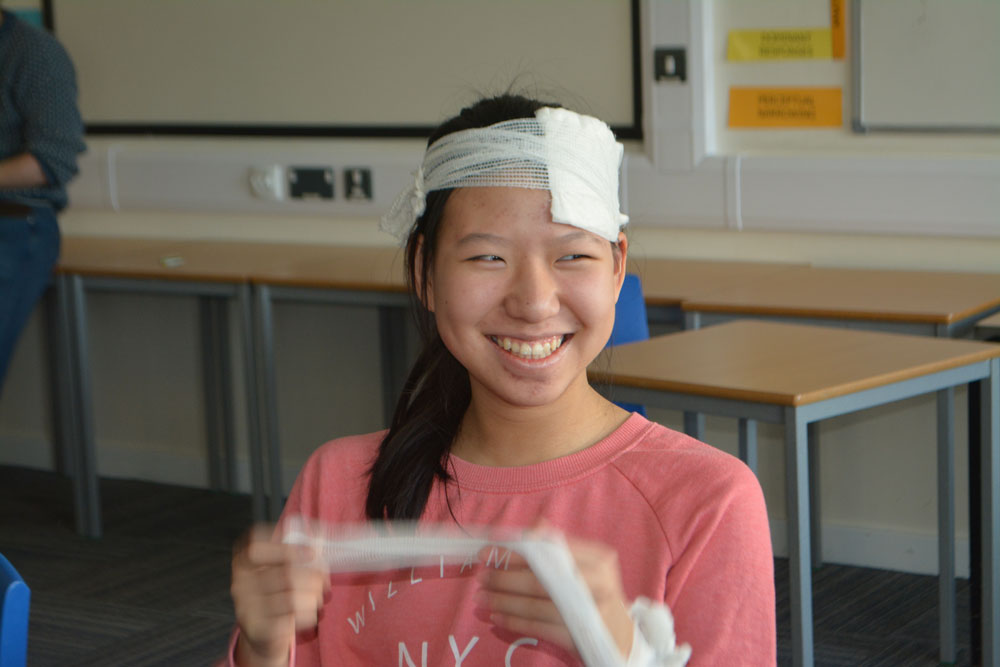 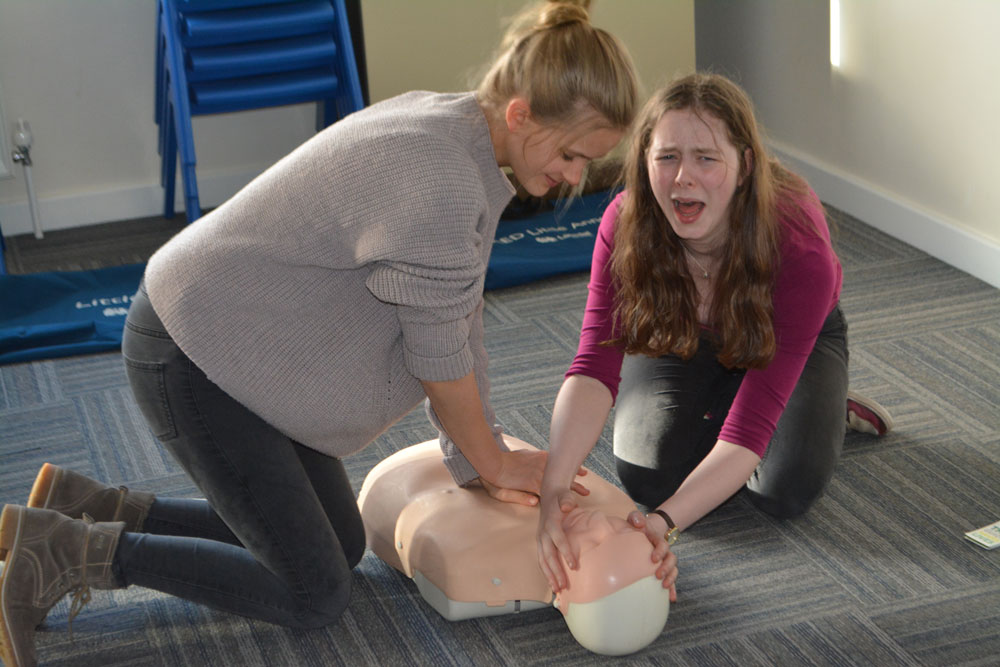 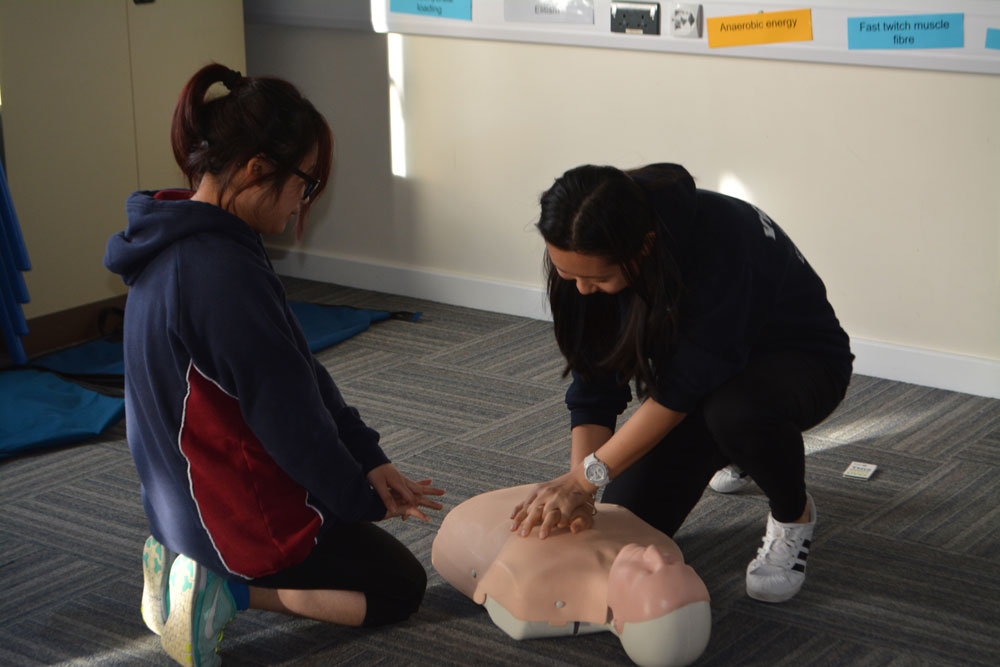 Saturday evening and having given the girls free reign to choose their foodie favourites saw a return of the pizza, chicken wings, nachos, cucumber, lettuce and ice cream; the common room was a hive of laughter, singing and fun!

On Sunday the girls enjoyed a much needed lie in and enjoyed the prospect of a completely free day. Town and Tesco’s were visited and a fair amount of study took place too. In the afternoon the girls came together in the common room to celebrate St Piran’s Day (the national day of Cornwall) with scones, jam and of course copious amounts of Rodda’s clotted cream! 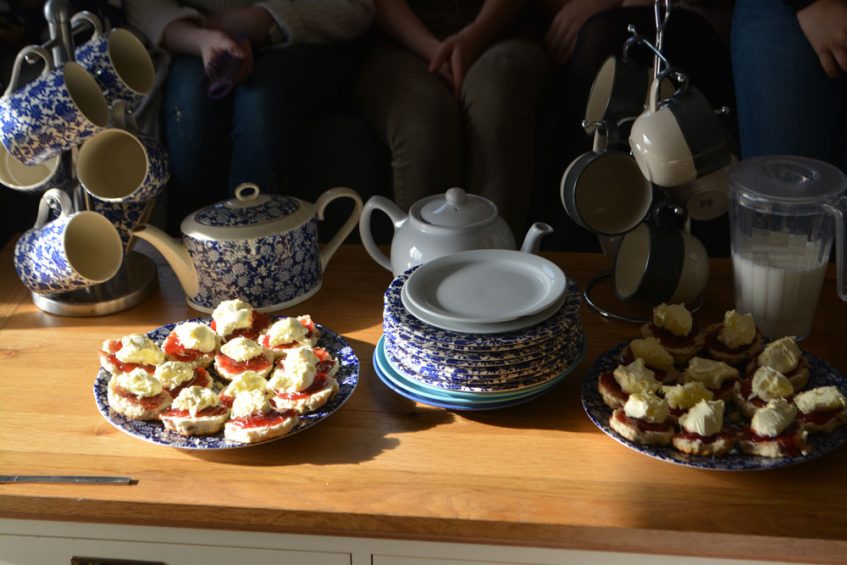 This evening we have enjoyed a roast chicken supper and the girls are currently completing prep, tidying their rooms and preparing for the week ahead.

This week Pentreve will be home for Hannah from the second year and we are looking forward to welcoming Sophie back again on Wednesday evening. With the whole boarding lazer-tag trip to Bombadinga’s having been postponed, Miss Hope and the girls are currently in negotiation as to what next weekend’s plan of action is to be…watch this space and make sure you read next week’s blog to find out what they get up to!