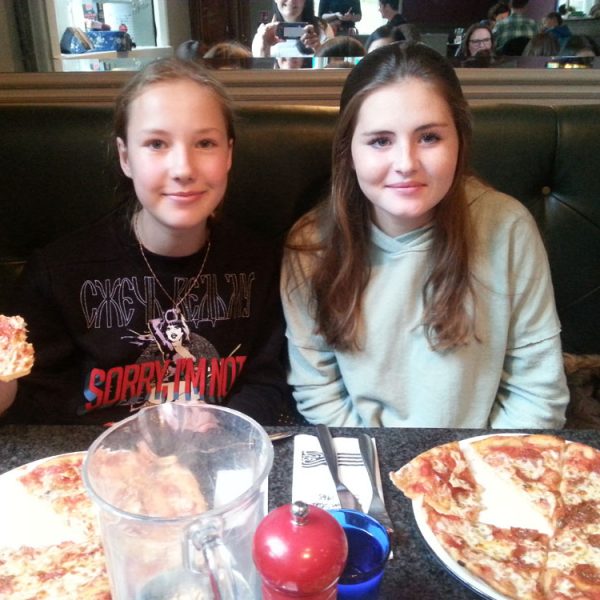 This week has not been the healthiest one for the Pentreve girls with a number of them feeling under the weather; I was pleased however to arrive at Friday 3.45pm and the start of the weekend with reports of much improvement, ready for the weekend.

We welcomed back some ‘old’ faces this week with Evie flexi boarding on Monday and Scarlett on Wednesday. We were thrilled to welcome Victoria back on Thursday evening too; it is great to hear the the emigration from China to Austria went so well and we are looking forward to hearing Victoria practising her German in the house!

On Wednesday, the weather was beautiful and prompted me to declare that summer and therefore sun cream was on it’s way! The blue skies and glorious sunshine was a welcomed sight and I will be stocking up on house sun cream supplies this weekend.

On Wednesday evening Mr Kitto and Mr Copeland made the most of the evening sun and fired up the BBQ’s after prep. Hot dogs and burgers were enjoyed and some fierce table tennis played out; everyone was grateful for the impromptu and informal gathering…thank you Mr Copeland and Mr Kitto!!! 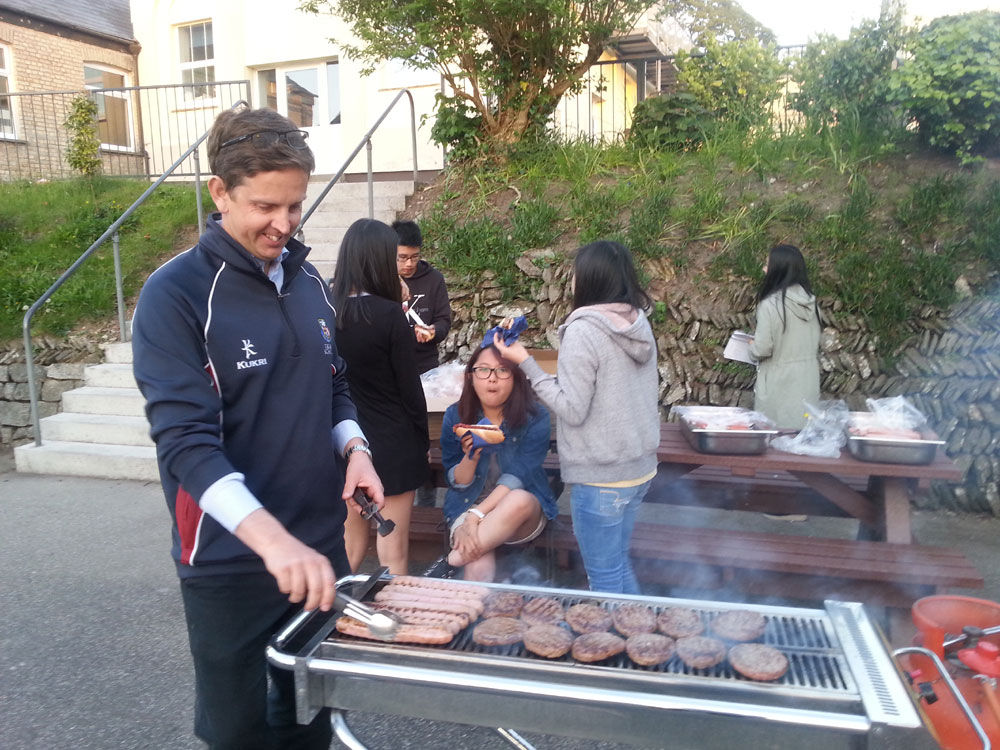 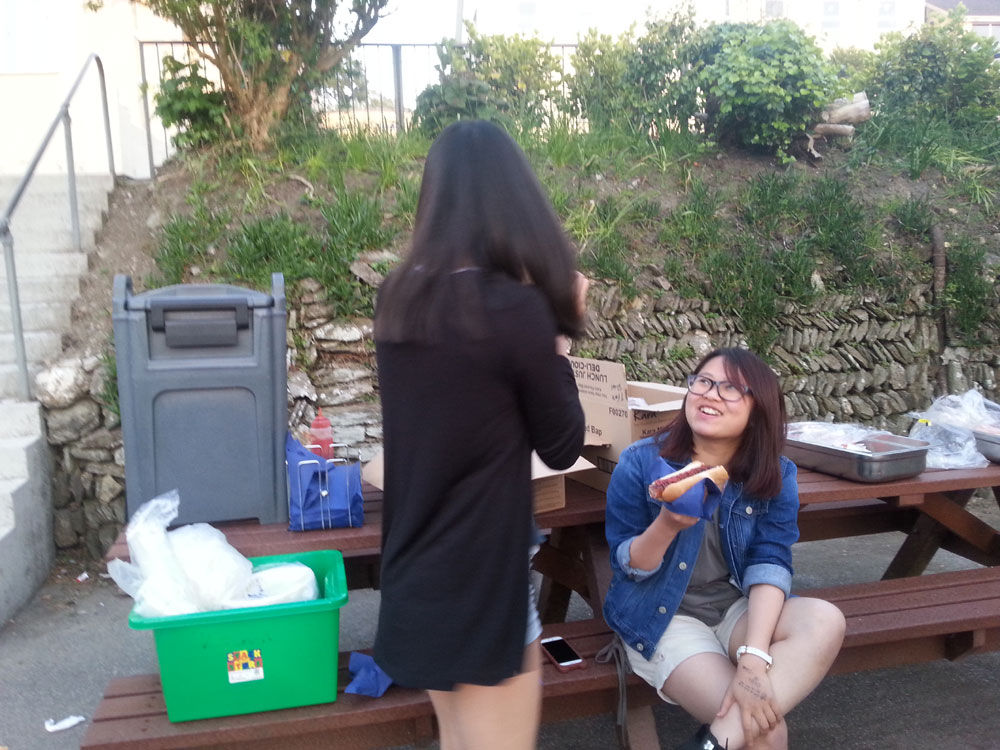 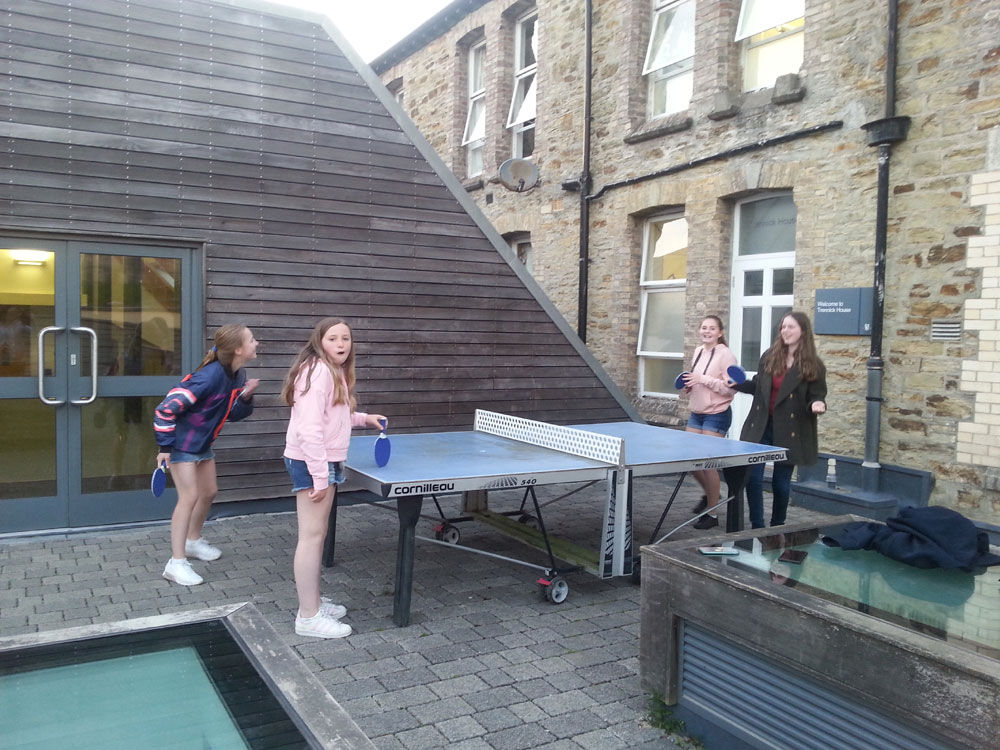 Friday afternoon and the weekend soon came and this means that Cherry is now officially on study leave! Having already sat a number of exams Cherry is working hard and we are all very proud of the mature manner in which she is approaching her GCSE’s. Friday evening was spent in the usual fashion with supper, prep and then sports in the SBASC for Sofia, Cherry, Tung and Anson. Stephanie and Emma spent time practising the perfect french/dutch plait, Amy spent time going over her Lamda exam piece and Helena and Victoria relaxed making the most of the free time. Later bed times were enjoyed and once the girls were all in bed Mr Mulready and I set about transforming the common room with banners, balloons and presents; in anticipation of celebrating Emma’s 14th birthday the next day.

On Saturday morning and in true Pentreve House style Emma was treated to a chorus of ‘Happy Birthday’ before blowing out her candles and opening her presents. 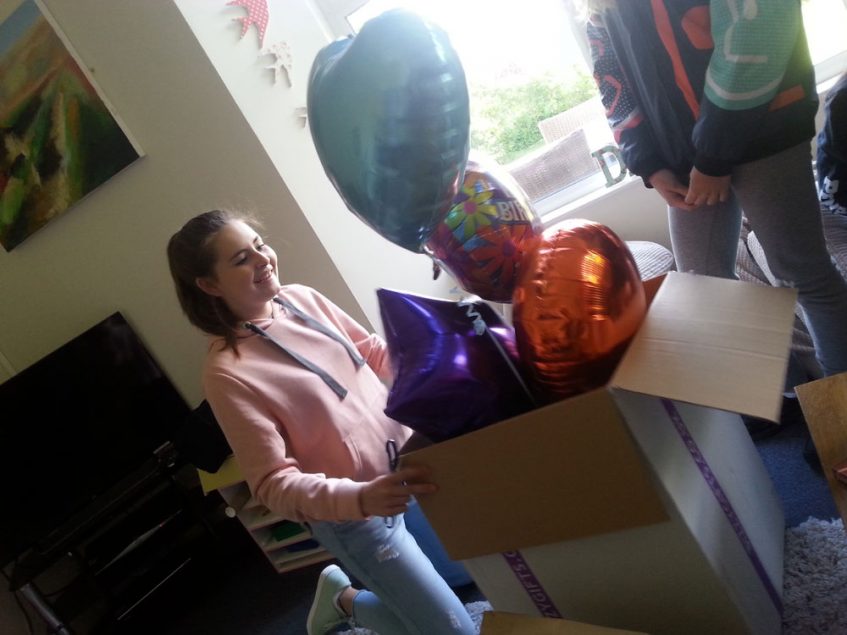 It was then up the hill to brunch. The day was to be a free from organised activity and the girls made the most of the Under 16’s supervised gym session, some of them visited town and completed some prep/revision too. Amy had her Lamda exam and it was great to see Cherry utilising the swimming pool for an hour in the afternoon. At 6pm the house congregated in the common room to walk down to Pizza Express in town for Emma’s birthday meal. Pizza and salads were the order of choice and the girls, when given the option of ordering a soft drink or a dessert chose wisely and went for the pudding! It was great to see the girls enjoying each other’s company, laughing and having fun. 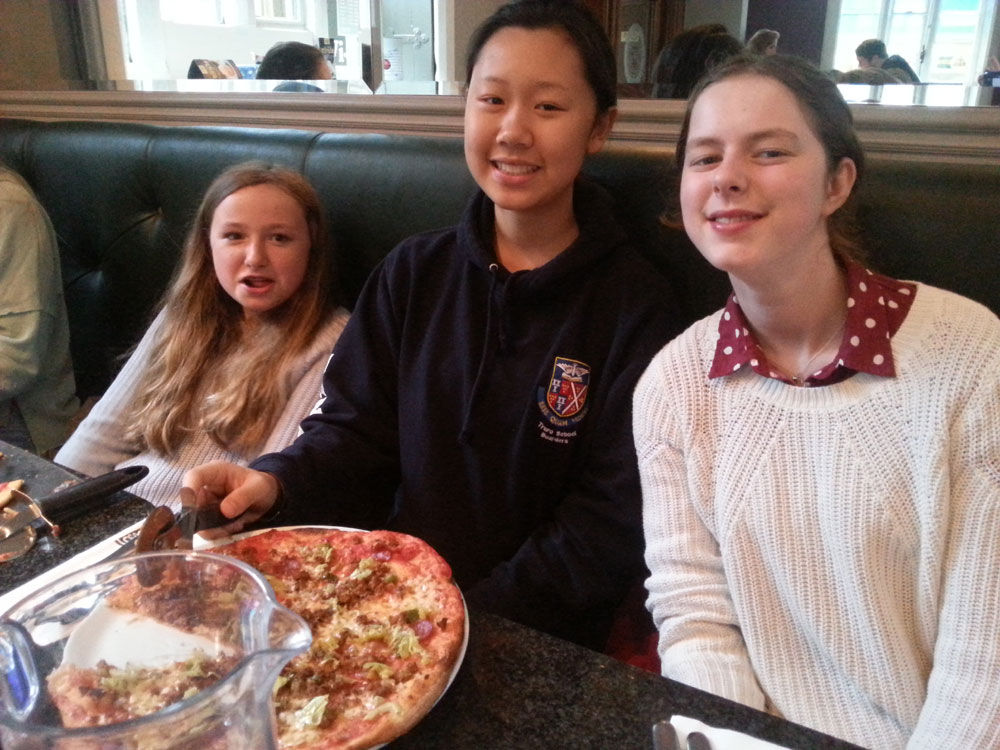 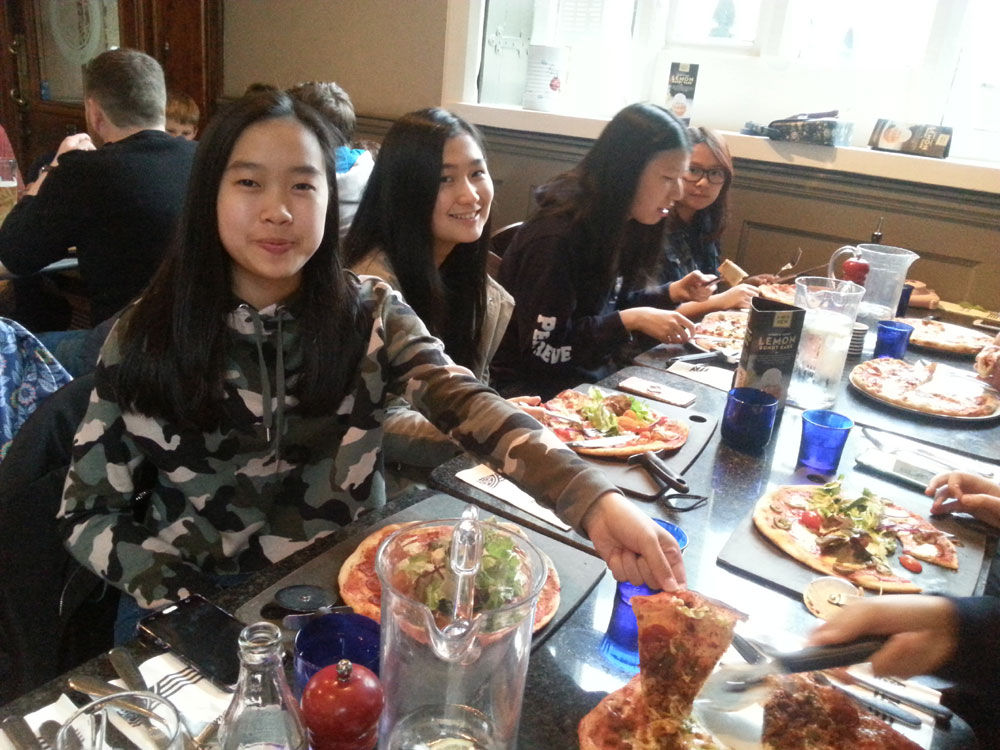 Once back in the house, the girls settled down with cake and a Harry Potter Film in the common room.

On Sunday the girls enjoyed lie in’s before a hearty, full English brunch in the dining hall. At 1pm Mr Kitto and Mr Lawrence unvailed this weekend’s main activity, a treasure hunt around Truro…with selfies and bad jokes! The boarders were split into teams, mixing the houses, ages and genders, and went on the hunt for the first clue. Three hours later the teams returned regaling stories of their afternoon.

With aching feet the girls returned to the house for showers before supper. Having built up an appetite the boarders were grateful for the fish/southern fried chicken and chips with corn on the cob or beans that Cath had been preparing all day. After eating Mr Kitto arose from his seat for the moment they had all been waiting for…the treasure hunt results! Tung and Stephanie’s team were winners and they happily accepted their chocolate prizes.

Sunday evening passed in a flurry of prep, bed-linen changing, a house meeting and general room tidying/preperation for the week ahead.

Looking forward to next week, we wish Cherry the best of luck in her RS Ethics, Biology and Chemistry exams; we hope she stays calm and shows the examiners just how clever she is and how hard she has worked; we will be sending lots of positive vibes from afar! Next weekend sees a return of the very popular whole boarding community surfing trip to Perranporth, near Newquay. Make sure you read Miss Hope’s blog next weekend to see who was bold enough to brave the chilly early summer sea, who mastered stand-up surfing and who chickened out and opted to wander the shops in the town instead.

With only two weeks left of this half term and the realisation that the academic year has nearly come to an end I have started to plan for the annual Rainbow Run event that the boarders take part in on the penultimate weekend each year. Children’s Hospice Southwest is a charity we have supported as a community for the last three years and this year is no exception. On Sunday 25th May the boarding community, clad out in bright white t-shirts, will descend on RAF St Mawgan’s Rainbow Run. The boarders will run, jog, walk or cartwheel the 5km whilst being pelted with powder paint.  If you would like to sponsor us please follow the link below and remember to leave us a message of support!

The pictures below, from last years event, will give you a flavour of what the event entails. 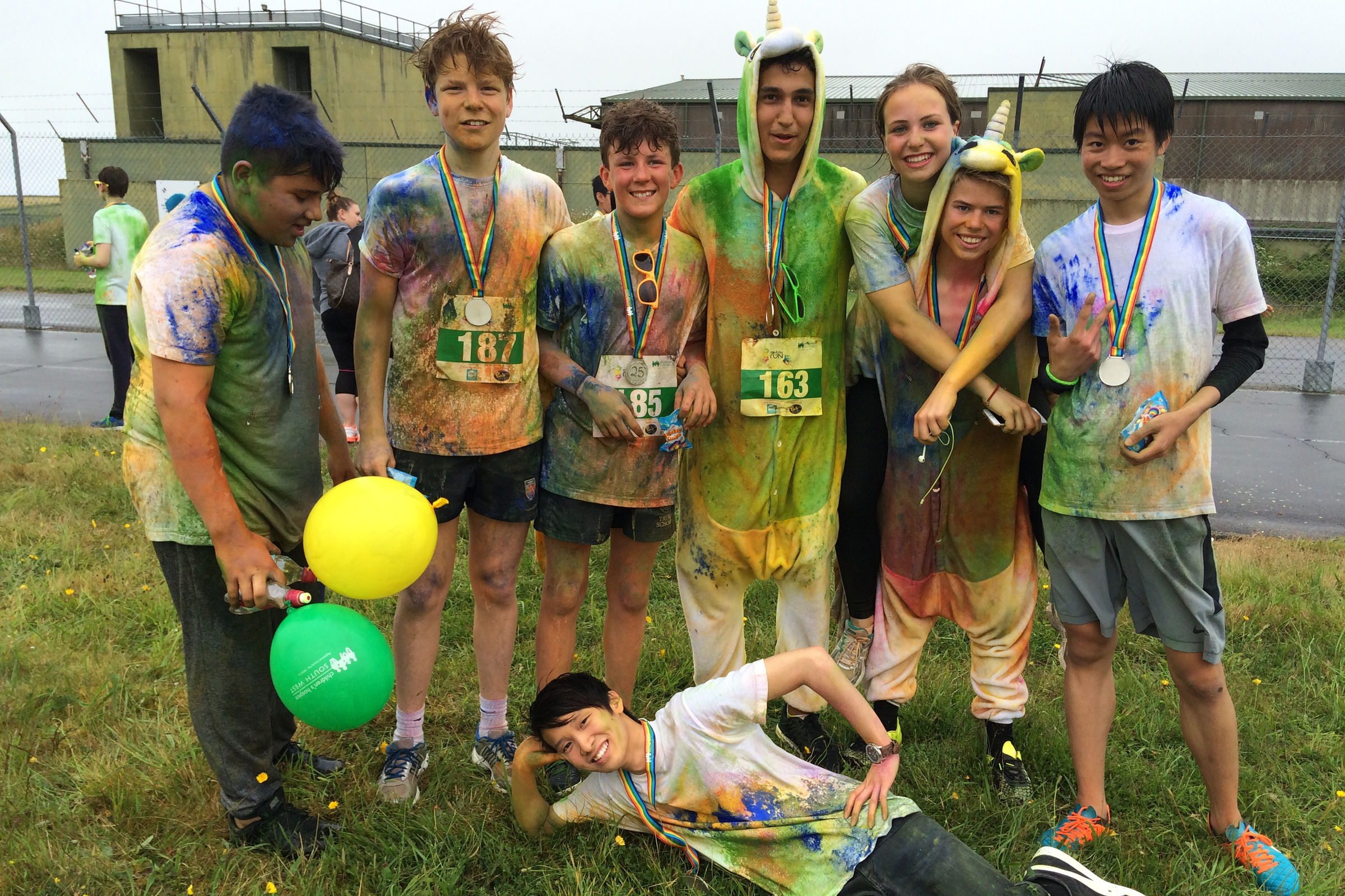 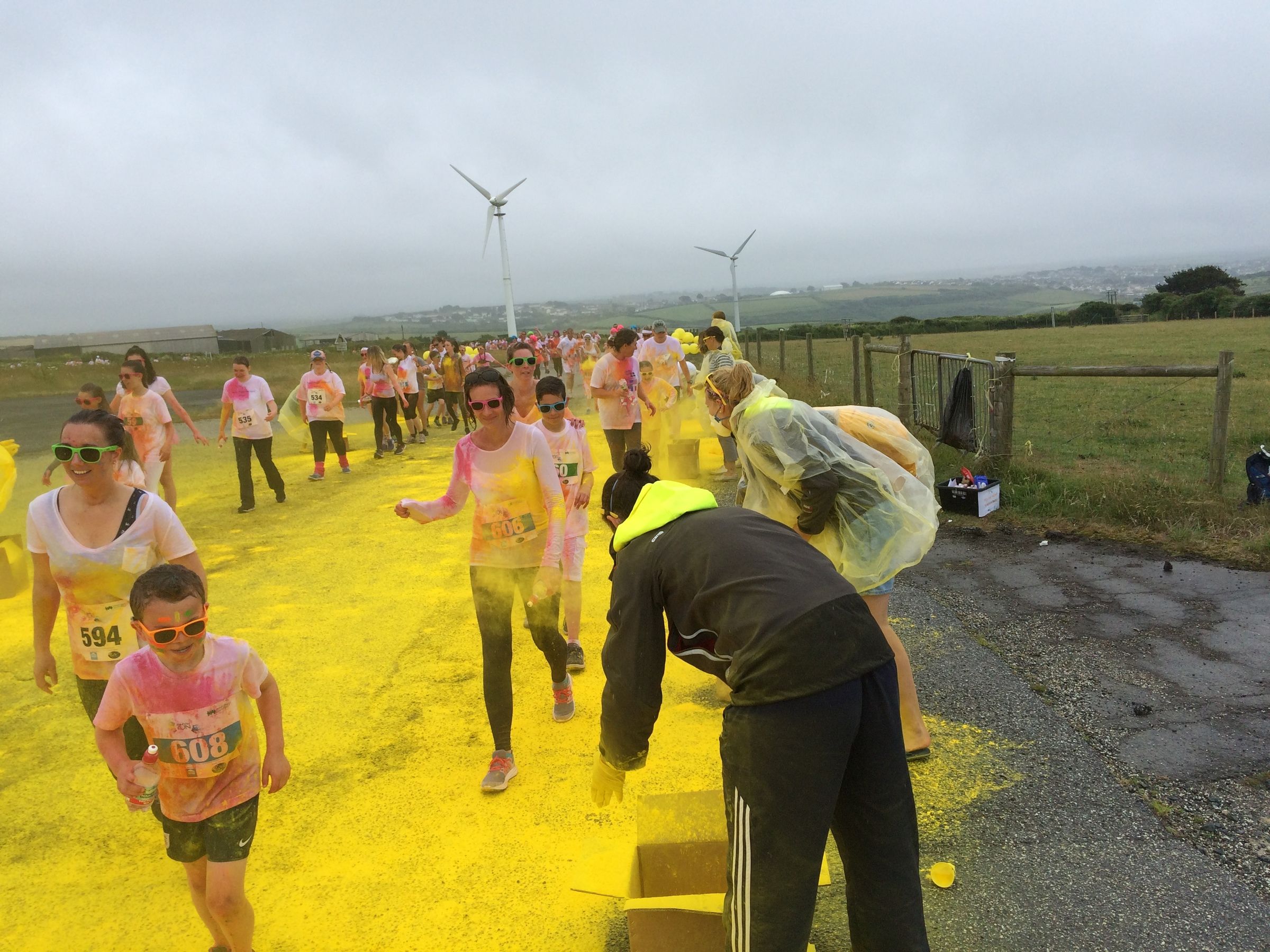 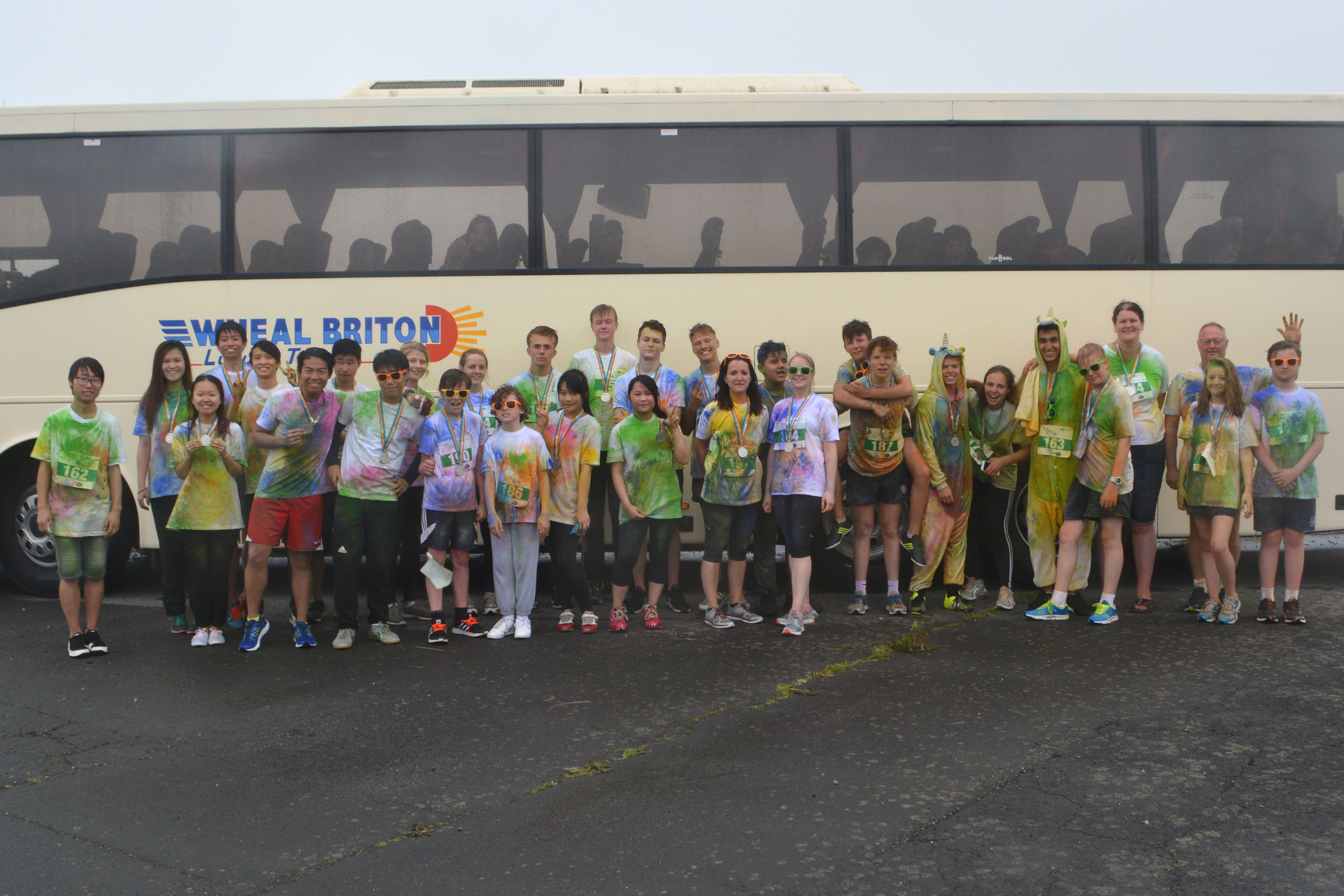