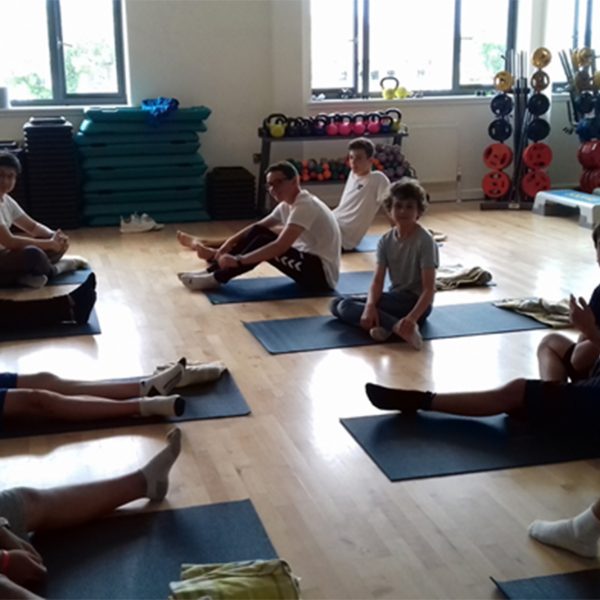 With internal exam week finally upon us, we tried to take steps this weekend to prepare ourselves for them as best we could.

Friday night was a chance for revision and final preparations. On Saturday, the boys had free time to use as they wished – and many of them took advantage of them in a variety of ways.

Jack, Trevor and Max made use of the fine weather to take a Frisbee up the playing grounds and throw it around in the sun. Matthias and Charlie took their normal taxi up to the north coast for their weekly surf lesson. Meanwhile, Constantin and Mattis took themselves on the bus to the same place, Perranporth, not to surf, but to attend one of the best music festivals in the South West of England, and one of the few in the country to be held right on the beach – Tunes on the Dunes.

There they rendezvoused with a large number of fellow Truro School 4th Year students to enjoy the music in the sun – the music teacher in me was very jealous!

Those of us who remained in house on Saturday evening enjoyed our usual pizzas and drinks, accompanied by another closely contested game of Texas Hold-‘em poker. Amazingly, Charlie was once again the undisputed champion, leaving only Cam left on the table with a handful of chips (after starting with 6 opponents) – I wouldn’t rush into playing with real money against Charlie, that’s for sure!

On Sunday the boys were given the opportunity to take part in two sessions aimed at relaxing them and relieving them of any stress (some are definitely more stressed than others) ahead of next week’s exams.

The boys then had a session exploring their mental health and wellbeing with Mrs Lawrence. They all came out of both sessions saying how they were feeling more relaxed and mentally prepared for the week ahead. Once this week is over, it is fairly plain sailing to the finish line in three weeks’ time. For some it is a final opportunity to make the most of their time here at Truro School – from what I have seen so far this term, I am confident they will.