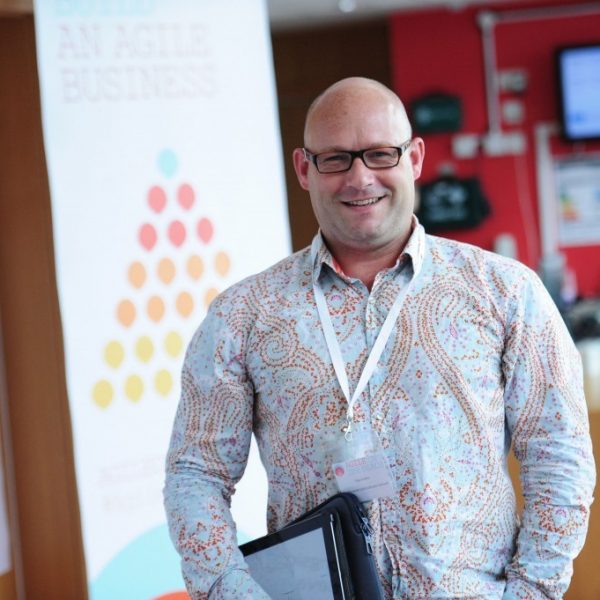 After completing ‘A’ Levels in 1993 Toby read Physics at Nottingham University, combined some climbing accidents with a couple of years out and then switched to Mathematics and Education at Exeter University. After teaching Maths at Richard Lander school, Truro, from 1999 to 2001, he then set up a technical focused web agency in St Agnes that continued until 2015 when it was merged into his next company.

He co-founded an outsource software development company, Headforwards in 2011 and this has now become the largest and fastest growing software company in Cornwall and one of the leading technology companies in the South West. In 2018 the company now employs over 100 software specialists and is located in 2 sets of offices in Pool, just off the A30.

Headforwards has created a different business model for outsourcing that combines being able to attract talented people to Cornwall, with high quality, knowledge intensive, long term projects. Recruitment is the most serious challenge to IT organisations in London and the South East, but side by side recruitment campaigns have shown it’s easier and faster to actually recruit in Cornwall due to there being less competition from other companies.

Toby went on to tell us more about working in Cornwall:

Fibre broadband is often talked about as unlocking the potential to work in remote places but many people still struggle to realise this. With improving air links and a reliable Sleeper train Cornwall has potential although it’s still a few hours longer than many would like from London.

We prefer to consider ourselves 6 milliseconds from London on a fibre Internet connection, and only 80 from Tokyo where some of our key clients are based.

The key to success in any technology industry is to be near the forefront of knowledge. With this in mind, Toby set up a software conference, Agile on the Beach in 2011 attracting keynote speakers from around the world and around 50 expert speakers from dozens of countries, together with over 450 attendees. The conference was ranked as the 3rd best Agile Software conference in the world and regularly wins other awards. It is hosted on the University campus near Penryn and brings knowledge onto the doorstep of companies in Cornwall. Whilst a majority of attendees visit from other parts of the UK, or further afield, around a quarter of attendees are from the Cornish tech scene. The climax of the event is a party on Gyllyngvase beach which raises acclaim from visitors who have never been to a conference with a beach event. The locals of course, simply wonder how a beach event can be so exciting to people!

In recent years keynotes at the conference have held training workshops that have then enabled teams at Headforwards to adopt emerging technologies and introduce these to clients. A great example of this was the introduction of a collection of techniques called Continuous Delivery, where the global client then was able to achieve over 18 software updates/releases per day as a result of being introduced to new ideas. Through introducing new technologies and knowledge into clients projects has proven attractive and more and more clients are being brought forward each year.

Whilst so often people consider Cornwall to be too sleepy or not capable of supporting serious businesses, there is an underlying drive within Headforwards to challenge that view and in doing so to help create a healthier commercial business vision for Cornwall.