Nicola Alesbrook (CO97) A career in Rugby- behind the scenes 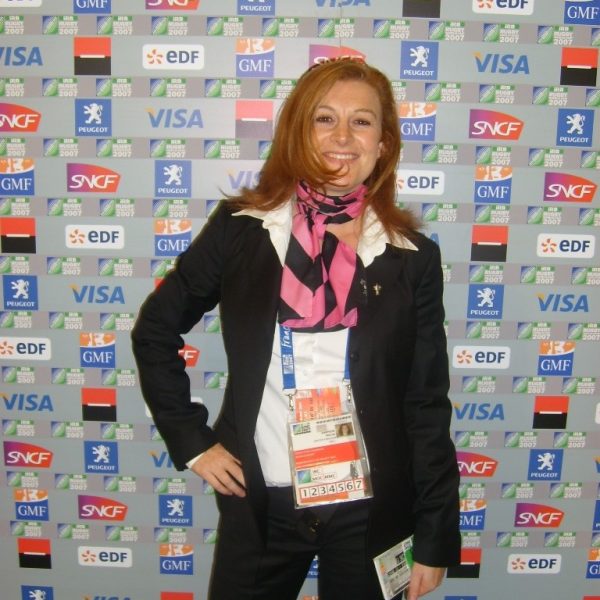 In light of the up and coming Celebration of Rugby Gala dinner on March 24 we decided to get in touch with Nicola, who Featured in the latest Truronian magazine, to find out a bit more about her career in rugby, and how she came to be where she is today.

Nicola left Truro School in the summer of 1997 and headed to St Mary’s University College, Strawberry Hill to read Sport Science. She had loved sport throughout school, captaining the Hockey team and being an integral part of the netball, athletics and other teams throughout her time at Truro. Her initial plan was to join the Army as to ‘work behind a desk’ just wasn’t that enthralling. However, over her time at University, it appeared that her skills lay in organisation and planning events. With this in mind, when Nicola saw a job come up at Harlequins Rugby Club, just down the road from her, she decided to apply.

My first role was as a Marketing Assistant and PA to the CEO at Quins. I was delighted to have secured a role before I had even sat my finals. The off field team at Quins was still quite small and my role was to help run the match day entertainment, assist with the organisation of the end of season dinners, whilst be the PA to the CEO. I helped players with their ‘fan mail’ where necessary and began running the junior fan club helping to expand it and develop the offering of membership benefits to the younger Quins fans. Towards the last couple of years at Quins I was managing the international hospitality and organising dinners for player testimonial years alongside the end of season and Christmas events. It was fun and a sharp learning curve which I relished.

By the end of the 2005 rugby season Nicola decided it was time to move on from Quins and took up a role working for the International Rugby Board (now World Rugby) as their Rugby World Cup Project Officer based in Dublin. The RWC department there was fairly new, having just been established post RWC 2003 in Australia. They needed someone to help with the project management and coordination with the French Organising Committee ahead of RWC 2007.

The role soon snowballed as we got closer to the tournament and my day to day worked involved liaising with stakeholders across the tournament ensuring they were interacting with other departments, delivering their projects on time and within budget. I was also responsible for ensuring that the Officials appointed by the IRB had the right travel, accommodation, uniforms and other necessary arrangements in place for their time at the tournament. It was a juggling act for sure but I enjoyed being busy and getting involved in the largest rugby event in the world.

Following RWC 2007, the IRB relocated Nicola and her husband Alex to New Zealand to be the Tournament Manager ahead of RWC 2011. Alongside two other IRB staff members, they headed up the office ensuring the Kiwi Organising Committee were organising the tournament following the IRB guidelines. Again, she was heavily into the detailed planning and risk management around the event whilst simultaneously managing other projects. Nicola remembers that hurdles had be overcome while working on this event:

The devastating earthquake in Christchurch in early 2011 tested the stakeholder relationships and the excellent planning we had put in place with the Organising Committee. Whilst this stretched us all in terms of having to unravel the match schedule and associated plans for teams, spectators and officials; it was testament to the relationships we had built that we were able to get back on track 6 months before the tournament despite losing such a crucial venue. 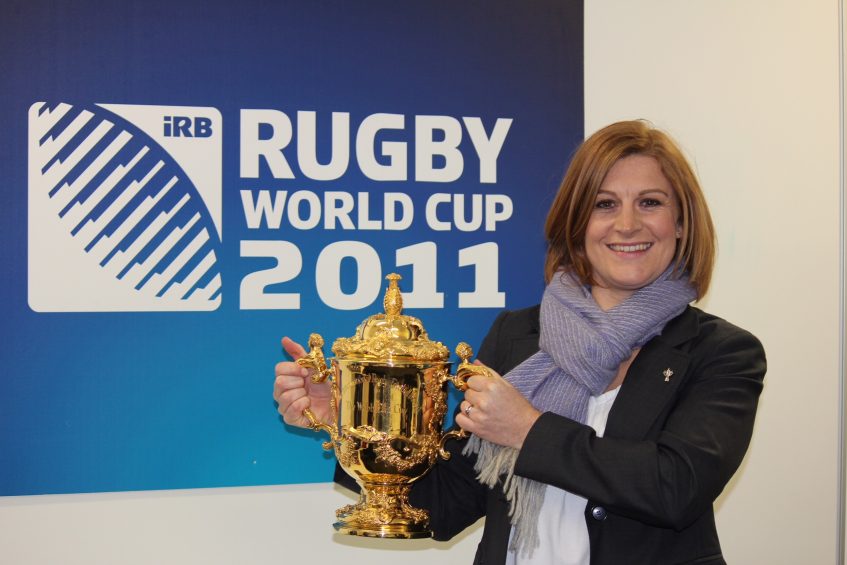 In early 2012 Nicola returned from her time in New Zealand to England ahead of RWC 2015. Being based at Twickenham was exciting and despite taking a year off to have her first child, was thrilled to get back into the swing of things in 2013 ahead of what was clearly going to be the largest RWC to date. Many of the staff at the Organising Committee had come off the back of London 2012 so had excellent experience in running a large-scale sports event. However, they still needed to learn that specific RWC knowledge and I continued to guide and assist the OC in these areas. As the tournament grew so did the workload and Nicola’s involvement, getting involved in the delivery of everything from the Opening Ceremony, to the Cup presentation, from the accreditation matrix to the uniform provisions for the Match Officials. Nicola worked closely with the Tournament Director attending the daily operational briefings during Tournament time to ensure World Rugby was fully engaged and across the daily issues and actions from teams, venues, host cities and other key stakeholders.

I never dreamt I would be working for a world governing body of a sport I loved and grew up with in Cornwall. Whilst I don’t get involved with anything that really happens on the pitch, to be a part of the wheel that makes a tournament go round is exciting and rewarding. Whilst each tournament is a cycle and sometimes you are doing the same thing over again, each tournament is different, with different challenges and that’s what makes it exciting.

Nicola is now consulting for World Rugby ahead of RWC 2019 and is working with them on the plans for RWC 2023 in France.  She lives with her husband and two sons in Surrey, retuning to Cornwall regularly to see family in St Ives.