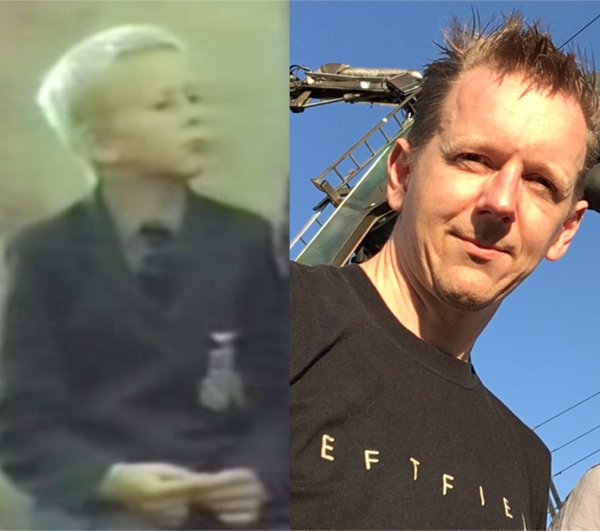 As far as my journey since school, I was a classic case of a lad who took a long while to find his place. In school, I was neither sporty nor academically driven. I was interested in English, Media and photography all of which had minimal resources or opportunities in my time but the then Media teacher, Mr. MacKenzie made a lasting impression and imparted some technical and observational advice that has served me well over the years. After successfully completing a BTEC Media Diploma at Cornwall College, I participated in the Camp America program which saw me serve five summers at Camp Killooleet in Hancock, Vermont. After relocating to West Australia in 1995, I briefly studied English at Curtin University but eventually found passion in aviation, becoming a flight attendant for Ansett Australia (which sadly ceased operations in 2001) and enjoyed a fifteen year career as Camp America’s State Coordinator in WA. I returned to aviation in 2012 and currently fly regional / charter routes with Alliance.

Having been obsessed with music all my life (with no discerning musical talent of my own), I have been a ‘weddings, parties, anything’ DJ for most of my adult life and have had a residences in Perth. Since 2010, I’ve been a music critic / journalist for national publication The Music which means I seldom have to pay for concerts. I live in Yokine – a suburb of Perth – with Rob my partner of 12 years, and two cats (Dog and Ravage)

I would like to offer two fascinating videos I have just converted from VHS to digital which I’m sure many alumni would like to watch, namely the 1986 Treliske Speech Day video complete with the school performance of The Pirates Of Penzance.

The Speech Day video, filmed on 10 July 1986 in front of the main school building (Treliske House), will be of particular historical interest as it features former Truro School headmaster Derek Burrell’s retirement speech as well as tributes from then Treliske headmaster Alan Ayers and another senior member of staff whose name I cannot recall. That master’s introduction speaks of the imminent developments of acquiring Trewinnard Court for boarders, freeing up space at the main school for a new library, staff room and sick bay (and makes reference to future plans for a theatre and swimming pool).

Mr. Ayers’ fascinating speech regales observations from time spent in South Africa in early 1986 about their education and ongoing effects of apartheid. Thereafter, Mr. Burrell’s speech is thoroughly entertaining, addressing the pupils of the school in typically exuberant manner. If anyone is aware of the myth of what made this man a great headmaster but never had the pleasure of his presence, this video captures his passion and personality brilliantly. After the speeches, various academic and sporting awards are presented by Mr. Burrell.

The Pirates Of Penzance was actually directed by Mr Burrell, demonstrating his dedication to being involved in every facet of the school to the last, particular in theatre. I remember he would come over to Treliske every week from ‘main school’ to teach R.E. and to spend time with the production.