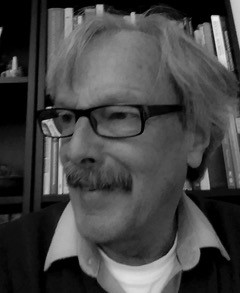 After leaving Truro School in 1959 Michael went to Manchester University to study German Language and Literature with secondary French. Michael’s years with the school band enabled him to play the trumpet in the university orchestra alongside his studies. After Manchester, it was on to Oxford and a Dip.Ed. where a lecture by H.-J. Eysenck led to what became a life-long interest in behavioural science.

Michael taught French and English for a few years, a couple of which were in Jamaica, where he significantly increased a meagre teacher’s salary as lead trumpeter in a ska band, and where he met his future wife. After this, Michael went back to England, started a job as Head of Modern languages in a secondary school, and remembers that one second-form girl there suffered from what today would be called severe anger management problems.  He recalls:

During one of my lessons, she lost her temper entirely out of the blue and ripped a school chair apart as if it were made of balsa, screaming abuse at no-one in particular. I asked the Head to contact the school psychological service, but was told there was such a dearth of educational psychologists that that would not be possible until the child went totally crazy. When, of course, it would be too late.

After this Michael decided to return to university, reading psychology at University College London, with the intention of becoming an educational psychologist; but developed such a fascination for mathematical and statistical psychology that he continued on to a doctorate with Eysenck in the Institute of Psychiatry, University of London. Michael worked first in parallel in a commercial company of research consultants with clients from government and industry, then full-time as Eysenck’s Senior Research Fellow which he described as: a dream come true. There Michael discovered another life-long interest: computers and computer programming.

Michael was invited to Munich, and worked first in the Ludwig-Maxilian University, Department of Psychology; then the Max-Planck Institute of Psychiatry, and finally the Bavarian Academy of Sciences’ Leibniz Supercomputing Centre, advancing my knowledge of the discipline of programming, implementing mostly mathematical or statistical procedures in a variety of languages. (See for example Wiseman, 1993); and among other duties consulting in research methodology, and lecturing, with emphasis on research design and analysis. In collaboration with a colleague at the University of Bayreuth, Michael became involved in research into adolescent attitudes towards the environment. His role was the development of an instrument to quantify those attitudes, and the proposal of a sound theoretical basis for their study (Wiseman & Bogner, 2003). The resulting questionnaire has since been translated into 28 languages and continues to enjoy application by research teams worldwide.

Michael and his wife have now been in Munich since 1974. The family, now two adult children and three grandchildren, feel completely at home there. Michael says:

We are all fully bilingual. Munich is a beautiful city surrounded by beautiful countryside. It has a cultural life of great variety, with restaurants (and beergardens) to match. It’s ideally situated, too: 90 minutes by car from Salzburg, five hours from Venice; Paris, Prague, Budapest are all within fairly easy reach. For the football enthusiast: Bayern München has its home (and an impressive stadium) here.The one thing I miss, and that sometimes badly, is the sea.

Since retiring Michael continues to give courses and offer consultancy on research methodology to Munich’s academic community, and to pursue the research into adolescent attitudes to the environment.

Wiseman M & Bogner FX (2003) “A higher-order model of ecological values and its relationship to personality”. Personality and Individual differences, 34 (5), 783-794