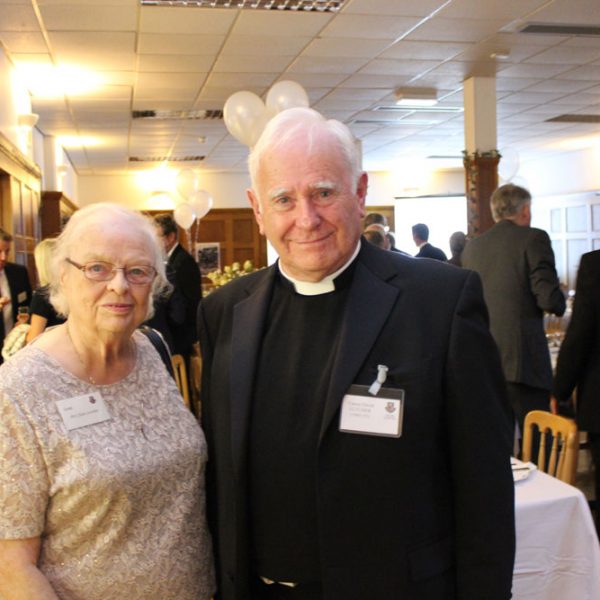 Canon David Letcher (CO52) describes how Truro School’s ethos prepared him for his life and career.

After my time at Truro School, which concluded in July 1952, National Service in the Royal Artillery took care of the next two years. I was posted to Tonfanau Camp on the North Wales coast near Barmouth. After basic training I was given a clerical job as a Battery Clerk with the rank of Bombadier (2 chevrons) in the Training Unit. My cross country skills at School were followed up in the Brigade championships.

During this time my calling to train as a Priest in the Church of England was tested at a 5 day Selection Conference held at Farnham Castle. I was accepted as an Ordination candidate in October 1954. My colleges over the next four years were King’s College, London and Chichester Theological College.

The Bishop of Truro (Dr Morgan) guided me through preparation and suggested my first appointment should be at St Austell as Assistant Curate. After Ordination at Truro Cathedral on 28th September 1958 my ministerial career began. After three happy years there, a second curacy at Southbroom, Devises, proved to be another excellent training parish and an introduction to the Salisbury diocese.

It was in the Salisbury diocese that I spent the rest of my time until retirement in 1997. I served as a country Rector and Adviser in Children’s Work for the Diocese; as a Vicar of a large village and finally as a Team Vicar in Dorchester, Dorset. During these years I was Rural Dean three times and made a Canon of Salisbury Cathedral.

On my retirement from parochial work the Army sought chaplains for work in Dorset so I served with the rank of Captain at Bovington Camp.

I am grateful to Truro School for preparing me for my life’s work and for the encouragement the ethos of the School provided.